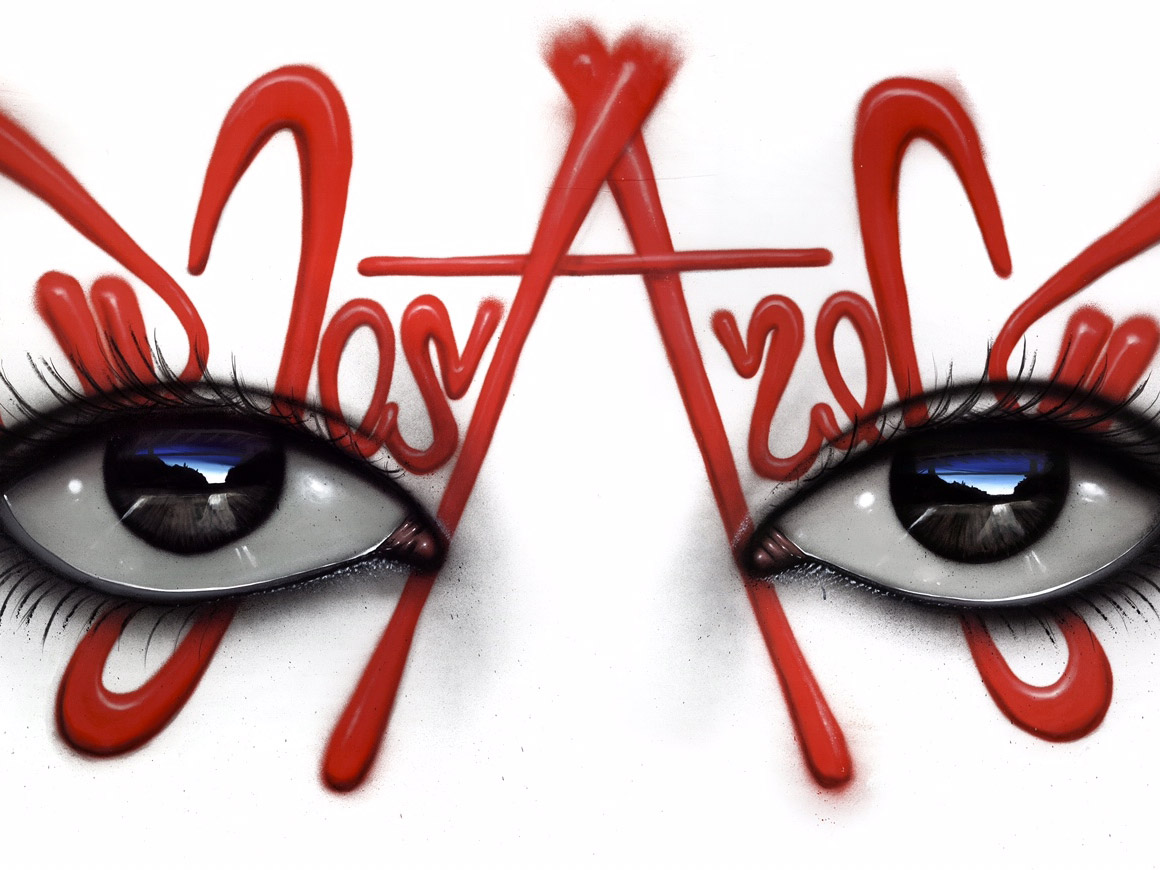 Innovative and cutting-edge street artists will decorate the city of Bristol live in front of thousands of visitors, painting buildings and canvasses, to generate more than 30,000 sq ft of original art across the entire weekend.

More than 275 artists have flown in for the festival from all over the world including Argentina, Brazil, Russia, Georgia, UAE, Europe and of course the UK. DesignCurial hears from some of Upfest's internationally recognised artists, below, about the excitement of the upcoming weekend. Next week, keep an eye out for the finished artworks from 2015. TelmoMiel, the contemporary Dutch pair delivering abstract and surrealism, said:
'Telmo and I are very excited to get to Bristol this year! Amazing to go back for a big wall, couldn't wish for more.
The stuff we have planned for this one wouldn't be TelmoMiel if it didn't have heaps of peculiarities. All I can say is; there's a horse and at least one glove...

Since the last time we were here two years ago, which [acted as] the beginning for us as TelmoMiel, a lot has changed. Doing loads of cool projects outside of Holland and meeting people from all over, it's nothing less than a crazy cool time. This year Upfest forms kind of a very nice kick off for a grand tour, [in the] coming months it's just travelling and painting, nothing more! Very cool to start at Upfest!' L7M, independent Brazilian artist, said:
'I am very happy to participate in a festival like Upfest. It is a recognized festival and spoken around the world! Having the opportunity to participate in the festival is something very rewarding for me. I hope my painting with references to British birds can leave everyone happy.' LONAC, the Croatian artist who uses walls to host a narrative, said:
'I'm very happy to finally come to Bristol and leave a trace there. It's something I hoped to do for some time now, so it's awesome to be a part of Upfest festival this year. I'll be painting a funny squirrel thief covering the whole side wall of a book store I think. Really love the position and the shape of the wall.' My Dog Sighs, internationally recognised street artist of freeartfriday, said:
'Litres of paint, stacks of spray cans, a great big blank wall and three hundred other artists to get inspired by. With only days to go I'm beginning to feel the pressure but Upfest15, Europe's biggest street art festival, is looking to be one of the biggest and best yet.
I'm trying something new for this year's wall. Painting a pair of my glassy reflective eyes but with only one of them on the wall. It's given me lots of technical challenges but hopefully it'll come off and I'll step away from the wall grinning.'