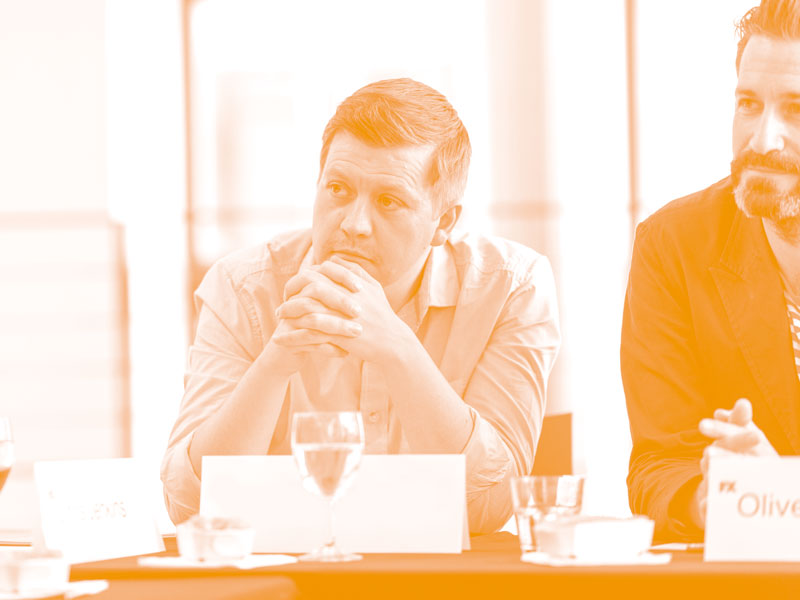 The latest FX Design Seminar, where experts are invited to discuss the new trend for designing for fitness and well-being in the office.

Those taking part were

Well-being in the workplace is a hot topic. From integrating open-air interior gardens into your regional HQ for inspirational al fresco brainstorms to designing cycle tracks around the exteriors for that last sprint to the desk, the way to lure and retain your staff appears to be through keeping them fit, entertained and oxygenated.

But is this kind of office enhancement purely for the IT geniuses at Google or the top city lawyers and bankers whose brilliant brains make all the difference to the billions on the bottom line? Where better to bash out the reality of how widespread is the push to design healthier and happier work spaces than at an FX design seminar, gathering wisdom from a range of designers active across the spectrum of projects (and including one highly experienced HR/FM comsultant). Judging by their comments, well-being is clearly higher on the agenda than ever before. Polly Barker, director at TP Bennett, said: 'We have just done a presentation for a software data company and it was entirely about wellbeing in the offce. They were looking at enhancing the experience of their staff, in retaining staff, making staff healthier and more productive and it came under headings like biophilic lighting, nutrition, recreation and movement. There was quite a wide scope of things we were asked to look at.' Chris Jenkins, director of Peldon Rose, agreed: 'In 100 per cent of the briefs we've had in the past six months, everyone's asked for showers, cycle parks, everything to do with running in, cycling in. It's right up high on every brief.' So are we entering a new enlightenment, where bosses realise that happier, healthier staff means more productive staff? Or is it all about the bottom line? Oliver Heath, a journalist and director of Heath Design, sees it as a bit of both: 'It's very much in a company's best interest to understand humans... We should have space where we can focus, where we can meet and also where we can recuperate, and the research I've seen says that it does pay dividends to have spaces where people can recoup mental and physical energy.'

There's clearly a level of expediency here, especially when it comes to huge corporate firms who offer their own onsite health and well-being clinics - better that a member of staff lose half an hour in going to the in-house dentist than half a day going to one closer to home. But Jenkins felt that this new wave of interest in wellness was coming from across the board: 'All kinds of companies [are interested]. Smaller companies work harder at it. By sweating staff really hard you also have to give them down time and relaxation spaces.'

One dissenting voice among the group came from Ros Pomeroy, head of research at Spacelab: 'I've heard clients that have absolutely talked that talk at the beginning of the project and as time goes on other priorities take over. There's a current scheme I can think of, where all those things have been lost. I'd be interested to hear where this is actually followed through to the final scheme.' Penson director, Lee Penson, insisted there was plenty of evidence that companies are following through, and he had two clients in mind, neither of them in high finance or IT: one an insurance company in Bristol and the other major car manufacturer Jaguar Land Rover (JLR): 'I've just spent a year writing a new global design standard for Land Rover.It's all about well-being...but the bottom line is the bottom line. Something like JLR is looking at the numbers.'

Sickness, said Penson, is one of the biggest indicators of unpleasant or stressful workspaces. 'Some organisations don't know how many people at any time are sick or on holiday, or how many people are pretending to be sick because they're stressed...it can sometimes reach as much as 30 per cent. That's a massive statistic when it comes to business.'