The cycles of fashion are difficult to unpick, but Carlos Virgile asks whether trends are a stopper to innovation rather than a facilitator

A trend is a new idea, popular at a certain point, that is constantly changing over time. Trends are often cyclical, taking cues from decades past and reworking them to fit within today’s taste. They mobilise creative thinking and, eventually, may contribute to a lasting and longer movement – but, generally, design and fashion trends tend to be short-lived.

I have always wondered how these trends originate, and how they become powerful influences, guiding a certain look and manipulating our perception of style. 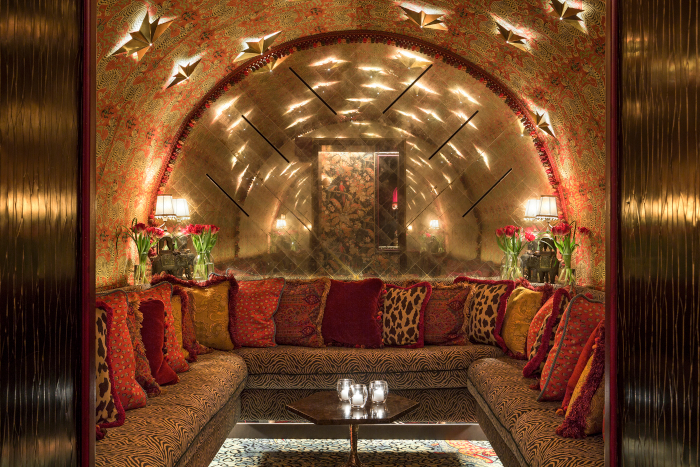 Innovators are believed to be the ones responsible for bringing a new idea to life, but how do trends catch up, and how are they adopted by the many?

For creatives, it might be important to ask why there is a need to have an awareness of these cycles at all. Trends inevitably shape and define opinions, and influence our own creative processes. Embrace them wholeheartedly and we might be dismissed as ‘trendy’, and perceived as passive followers that lack independent thinking. Such a flippant comment might be enough for some to choose to simply ignore trends and let them pass. Is this wise? Possibly, the rejection comes with a pinch of snobbery and self-detachment.

Trends can feel like an imposition dictated from ‘above’, without a direct or personal involvement in their gestation, and it is difficult to identify who has created them or where they have come from.

The avant-garde has, historically, been expected to lead innovation, creating excitement and tension as well as the potential for rejection, before wider acceptance. These days, a blogger, an influencer or an aspiring celebrity seems to have more power to initiate a trend than a dramatic event, a cultural change, the evolution of society or the influence of a ground-breaking and revolutionary idea – let alone a forecasting expert. Designers might go with the flow, not always conscious of the forces that eventually generate a significant shift, a new aesthetics or a radical style. 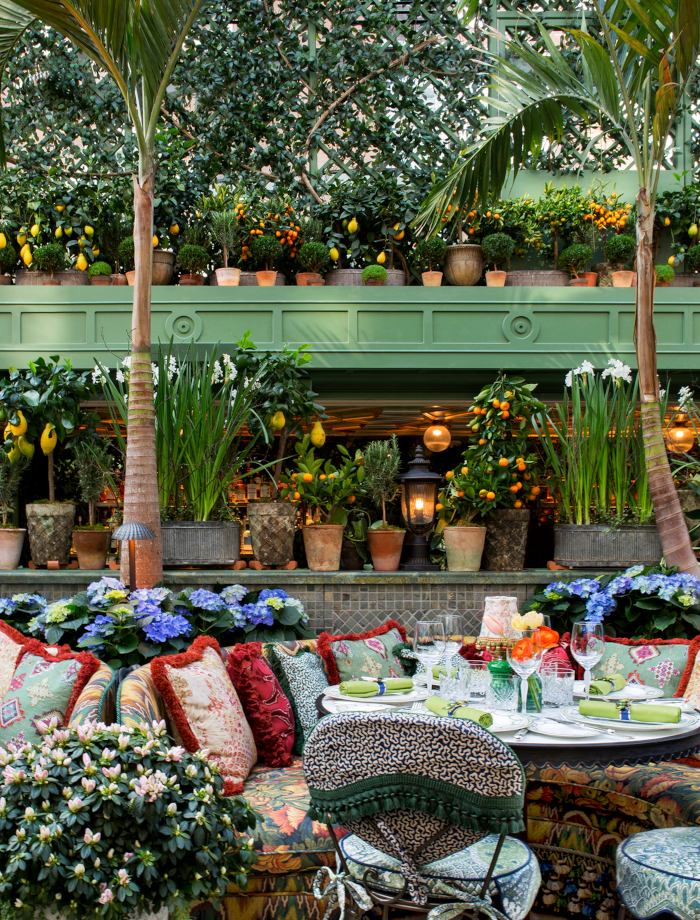 Resisting these influences might be foolish as trends act, in most cases, as positive stimuli. Regardless of the reasons for their existence, putting them to one side might leave us dangerously behind or outdated, even if a rebelliousness might help us to find a more personal expression of our creativity.

Driven by fashion trend forecasters, a colour might suddenly seem more appealing – it might be yellow or pink this time – or perhaps a shape appears that was not seen last year, an inspiration from nature or a nostalgic retro revival of a style we might have disliked in the past but today seems new.

These periodical trends tend to be trivial variations without carrying enough weight to deserve much attention. However, there might be one idea that has filtered through this nonsensical cycle and generated a breakthrough.

The effect of social media can spread a trend around like a plague, affecting environments, fashion, graphics and illustration styles at the speed of sound. This effect is particularly noticeable when followers take visual references as the new Ten Commandments, meaning designers are frightened of putting a foot wrong or making a faux pas. 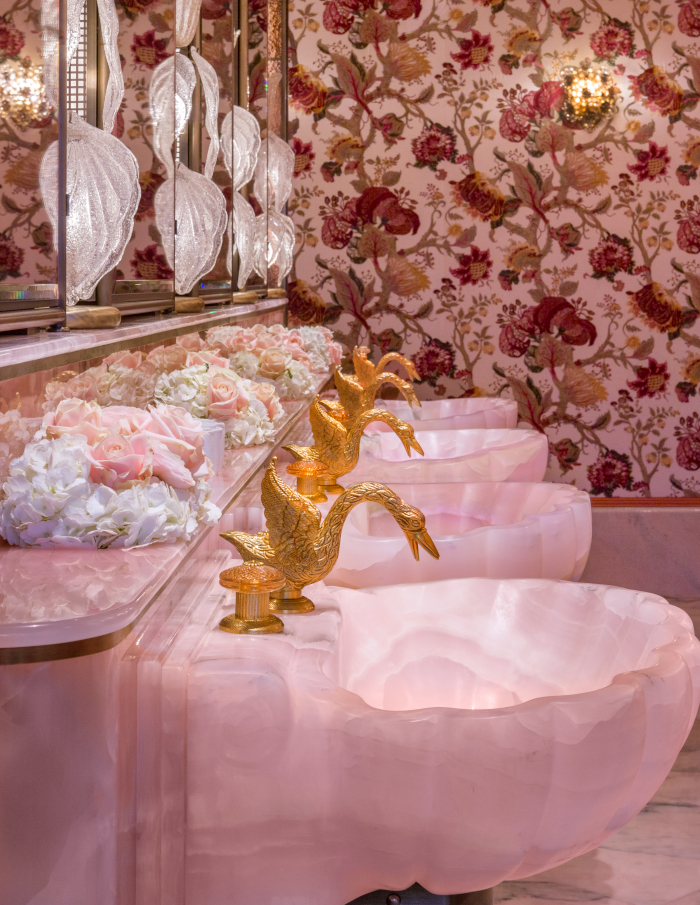 Occasionally, these ‘trends du jour’ have a past life as part of a strong movement. There is nothing wrong with revisiting history: looking with new eyes at something’s original incarnation can be a good thing. Art history has seen many regular, creative renewal cycles that are inspired by the past and generate exceptional new work. These revivals are certainly a valid part of creative history.

For those of a certain age it might be easy to remember the art deco comeback in the late 1960s and early 70s, in parallel with pop culture. Biba founder Barbara Hulanicki’s vision of style, strongly influenced by 1930s vintage, put names like Paul Poiret and Erté back in vogue, while Jean-Michel Frank, René Lalique and Demétre Chiparus were back on the shelves as collectors’ pieces.

Today, this retro carousel continues to go around. We wake up to find decorative wallpaper and strong patterns making a strong comeback and, surprisingly, millennials have even developed a weakness for the 1970s penchant for potted house plants, and for that decade’s previously outmoded furniture.

Is there an unconscious Freudian connection in going back to a former generation as a style reference? After all, the 1970s have been frequently remembered as the decade that taste forgot, and not as a stylish source of inspiration.

A staircase in Paramount Hotel in New York, opened by Ian Schrager and designed by Philippe Starck, which reconceptualised what a hotel could be. Image Credit: PHILIPPE STARCK

Whoever made the statement that nothing is so unfashionable as to be on trend could have been right. In fashion, a short moment of relevance might be all a piece can aspire to. Coco Chanel’s definition of the essence of fashion – ‘fashion is made to become unfashionable’ – is embedded in the very nature of the game. The fashion market is such that long-term influence and meaningful longevity are not necessarily immediate business priorities.

The rhythm of change is such that these small movements of taste and perception seem to be expected, dictated not just by top fashion luxury brands and their creatives, but by a consumer market that has been trained to expect something new and to await change from season to season. It is difficult to identify the last time there was a significant aesthetic change, or a real in-depth revolution in fashion or design, and not just a flash in the pan.

In the meantime, this volatile cycle of minor modification sustains market growth, the flow of creativity in movement, the audience interest and the business evolution. Influential and meaningful trends are unlikely to follow the fast speed of this continuous process, although it might have a snowballing effect over a longer period. Covid-19 has brought such a shocking wave of reassessment of how we look at life in all its aspects that it will likely become a real cutting point in the creative cycle, and deliver invention and originality, not just tragic news.

When it comes to the design of store interiors, hotels and restaurants, cycles move at a slightly slower pace than fashion design, but it is only the speed and tempo that differs. Long-lasting principles have to be better considered because of the practical expectations of the life cycle, even if the market dictates that that period gets shorter in duration. When designing commercial interiors, the borders between establishing new trends or following them, translating brand values and communicating the right image introduces a complex cocktail over the possible delivery of a more long-lasting effect.

It is easy to forget the wave of change in the hotel industry that followed the partnership of Ian Schrager and Philippe Starck in the mid-1980s, revolutionising not just the design of hotel interiors but the whole concept of hotels as ‘boutique.’ While the interior style from that period might seem dated to us, its influence was strong and far-reaching.

What might have looked a fashionable passing trend in design terms when the Paramount Hotel in New York welcomed its first guests in 1990, ended up changing and influencing the way we perceive and expect hotels to be. This new type of designer hotel – as they were known at the time – left behind the stuffy and traditional interiors of the corporate hotels of those days, together with the outmoded idea of Bibles inside table drawer and a goodnight chocolate left on the turned down beds.

What makes the issue of trends multidimensional is the fact that there is always more than one influence, and many are acting in parallel or in total contradiction to one another. Whether in interiors or fashion, this variety plays against the permanent background of the larger influences of a minimalist or maximalist approach, a permanent contradiction in styles, sitting at opposites poles. 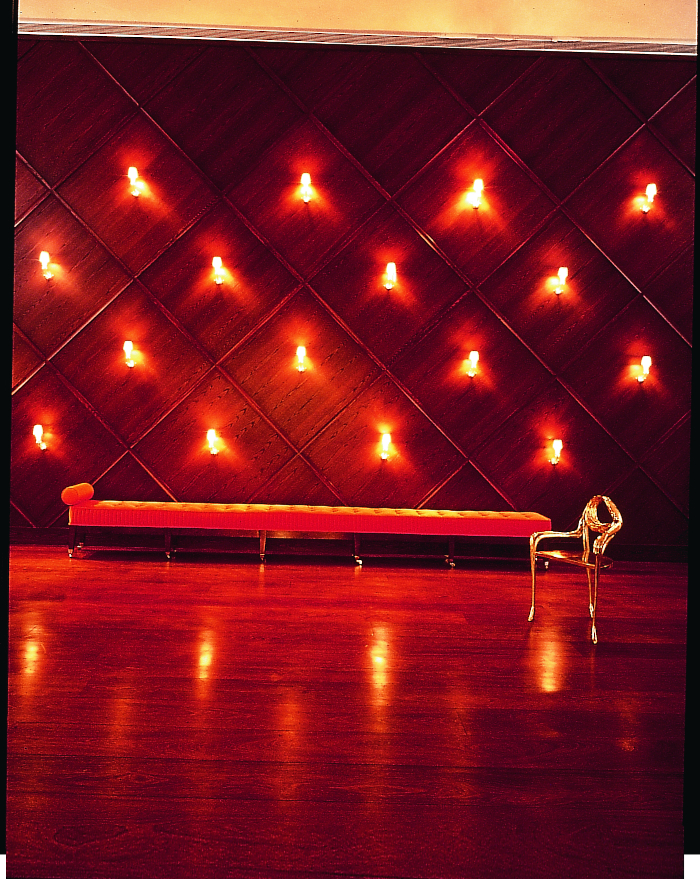 Minimalism tends to be seen as a paradigm of modernity, where its use of simple architectural forms and generosity of space and volume are linked to today’s vision of the future. The restraint – almost introversion – in decoration and colour communicates unfussiness, even starkness, an almost intellectual, rigorous approach to design.

At the opposite end, maximalism is over the top, extroverted, colourful, a complex combination of layers, textures and objects that gives away and reveals a personality. There is a sense of a semi-controlled chaos as well as a link to the past and to storytelling, instead of the purity of minimal interiors.

Ultimately, it is the freedom to create a personal image that drives the delivery of new, innovative work. The specific background of its origination may remain a mystery, but it would be foolish to deny that external influences, information and observation of visual and social trends are as powerful as the personal baggage stored in a creative mind. The trick is in the filter we might apply, the selection and careful hand-picking of those ideas that can be transformed and evolved to become our own version, and part of a unique, individual and characterful expression.