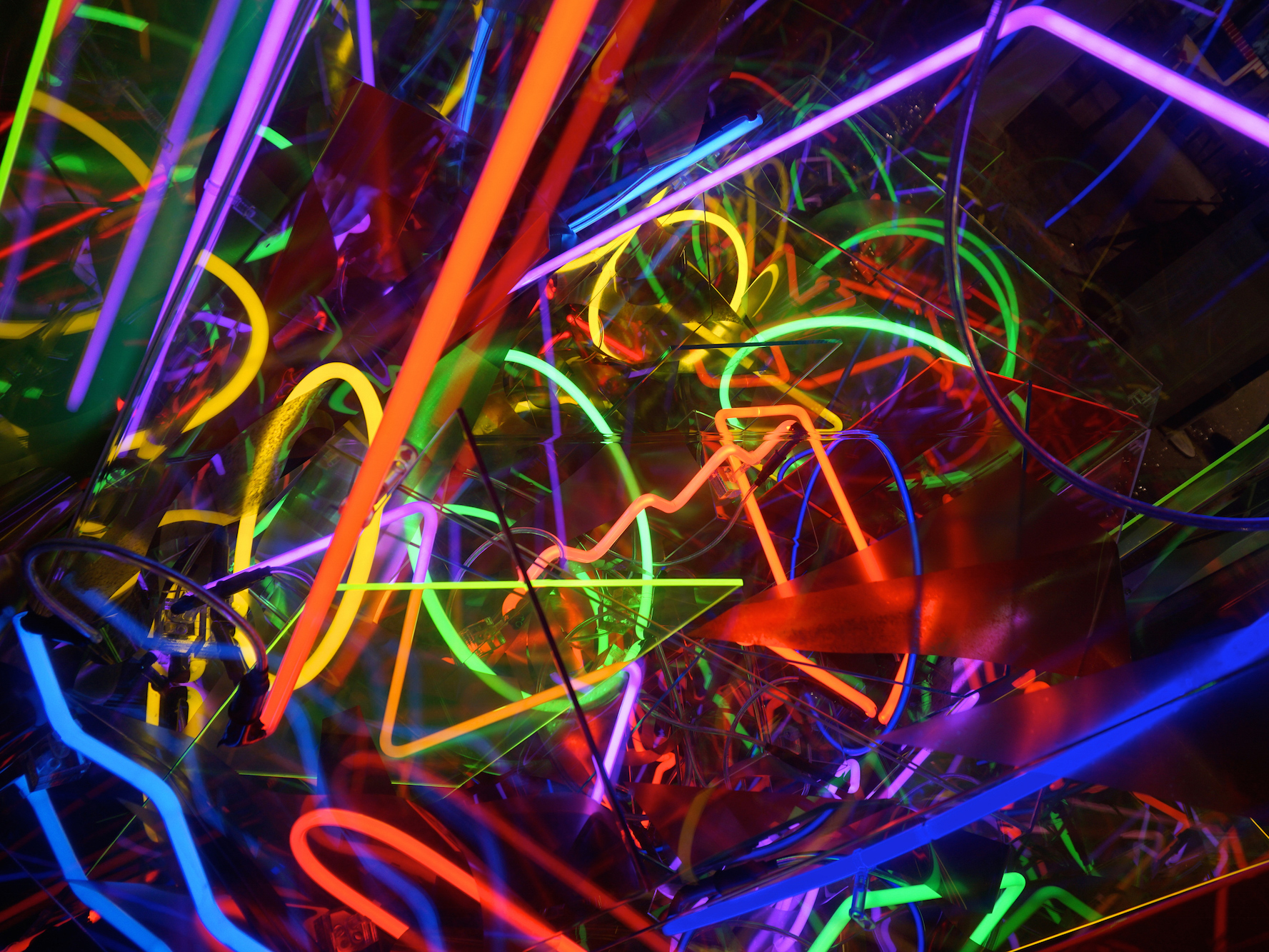 Dreamland in Margate, Kent, reopened on the 19th June 2015 with the support of the local council and British designer Hemingway Design, renowned for its savvy regeneration of vintage seaside towns.

This re-imagination of the historic theme park included the eclectic project Solaris by British visual artist Rachel Wilberforce, which can be found in the Arcade Hall. Rachel Wilberforce with Solaris at Dreamland in Margate

Wilberforce's Solaris has been used in the music video of Marina and the Diamonds - otherwise known as Marina Lambrini Diamandis - who filmed her 2015 song 'Blue' at Margate's Dreamland.

Marina and the Diamonds in the 'Blue' music video, released 2015

Paying homage to what is considered Britain's oldest amusement park, Wilberforce has fused heritage with contemporary design. Salvaged neon-coloured lights sourced from the original Dreamland site have been arranged within the clear Perspex sculpture with an outer arcade casing to create a symbiotic relationship with the surrounding arcade games. The colourful glass tubes create a warm glow and have been interspersed with transparent prints of everyday places to embed the site's legacy into the sculpture. The piece is active and inviting with its vibrant luminosity dancing around Dreamland's Arcade Hall. Wilberforce often works with spaces and projects of 'otherness', delving into the modern subjectivity of the relationship between everyday and other space. Wilberforce is inspired by philosopher Michel Foucault, who explored the concept of heterotopia.

Wilberforce's goal was to, 'amalgamate a sense of Dreamland's legacy and evolution to its current status, as well as what its new guise and purpose might propose for the future.'

'Being a part of the re-imagined Dreamland, Margate has been an adventure and a privilege. For me, the physicality and ideology of Dreamland beautifully encompasses the everyday and other space I seek out in my practice as an artist.

'The journey has taken me from working with early artefacts in Hornby factory to reconfiguring the fragile glass neons, some around forty years old, within the artwork and installing them back at their original site. It has been inspiring to work with the neons within the contemporary setting and see how much people are drawn to them.' The UK's most luxurious halls of residence