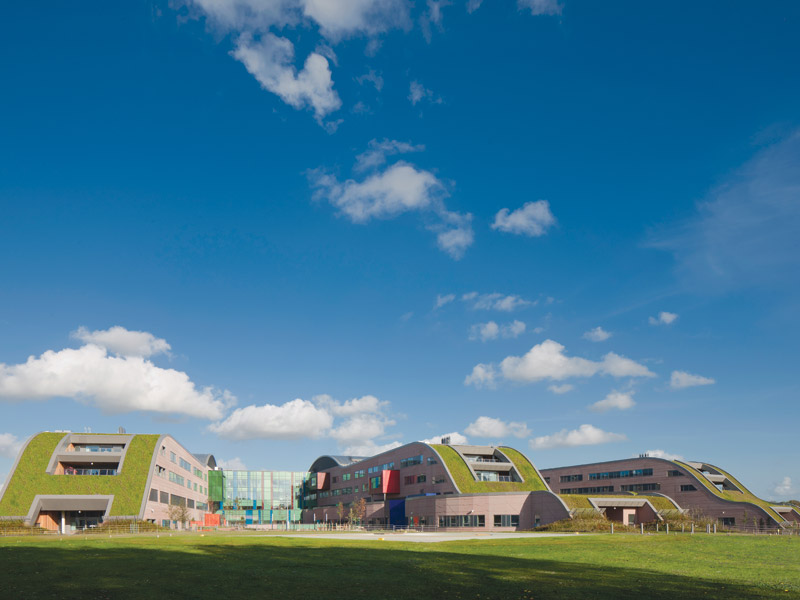 Shopping malls and school atriums rather than healthcare buildings were key reference points in BDP's design of the £250m new Alder Hey children's hospital in Liverpool, which opened last autumn.

It's a world away from the institutional, corridor-centric traditional hospitals of the past, and that's just what the client wanted, according to Benedict Zucchi, who led the design for BDP. 'The client said: "If we've seen it before it's not for us". It's a complete cultural shift that Alder Hey was up for,' says Zucchi.

'We're bringing our experience of other building types to hospitals, and not allowing ourselves to think about them as a realm apart. The hospital is very much a civic, public building.' The clue is in the name: this is a 'health park', not a hospital, a reference to the over-arching concept of the building's integration into the park landscape.

Alder Hey's design was driven by clinical needs. Realising that there was more demand for ground-floor accommodation from departments such as A&E and critical care it used the falling topology on the site to create three levels of deeper floorplates, with three 'fingers' of ward accommodation reaching out into parkland so that almost all rooms have a park view. This key concept was then refined during detailed design development as the design team consulted intensively with more than 30 hospital user-groups.

'You have to have a concept with scope for a lot of tailoring for adjustment rather than a straitjacket,' says Zucchi. The result is a hospital with a generous central atrium and a clear route through the ground floor from one end to the other, both of which provide vital clarity and orientation for visitors.

'The sense that we wanted was very open and immediate -- you come in and you have an immediate sense of where you are. You read the fingers and the information points and see the glimpses into the park. You can see all the way through to the other end,' he says.

This central space, which is clearly informed by the design of shopping centres and recent school designs, is key to setting the atmosphere of the new hospital (see box). It includes amenities such as shops and cafes and is overlooked by staff meeting rooms. The car park, its bulk disguised by the surrounding buildings, is brought right up to the hospital so that visitors can walk straight into the central space.

Here visitors can see receptionists or register on touch screens and spend time in between appointments before being alerted by bleeper or message to come to their next meeting. 'There is a buzz and a reassuring sense of the hospital life going on rather than being behind closed doors. There's more vibrancy,' says Zucchi.

While Zucchi dislikes traditional hospital corridors, he accepts that it's hard to avoid them altogether. Instead, any essential corridors should be, he says, more positively planned by marking important corners with light features or skylights, and where possible 'dematerialising' doors that aren't meaningful thresholds by setting them into the walls and ceilings to reduce the effect of 'chopping up' the corridor.

'As an architect, I've always had a thing about corridors as a symbol of institutionalisation. When you arrive, you don't want to just walk straight into a corridor,' he says.

The results are impressive, not just in the showpiece atrium but on the ward wings, where the interiors team strove to achieve a domestic rather than institutional ambience (see box). The wings show the ongoing trend towards single-bed accommodation, with 24 of the 32 rooms as singles and just two four-bed rooms. BDP's next hospital, the new children's hospital in Dublin, will be 100 per cent single-bedded rooms.

With its sense of openness and vibrant social heart, Alder Hey may well be at the cutting edge of current hospital thinking, but the sector is always evolving.

Zucchi expects changes in medical technology and ICT to continue to impact on hospital environments, with the prospect of hospitals containing suites for telemedicine as consultants increasingly interact with patients remotely.

He also expects a continuation of the trend for urban rather than suburban sites (similar to the move away from out-of-town shopping centres) and also for hospitals and universities to work more closely together on research -- at Alder Hey, for example, a new university research building is being built on an adjacent site.

Zucchi likes the sense of mission and intensity of process entailed in designing such a worthwhile type of building. 'I like the complexity and challenge, and I'm motivated by the fact that there aren't many good hospitals,' he says.

'Generally hospital people are very open-minded and experimental. There's a much greater chance of innovating... We're on a journey together.'

Post-Alder Hey, there's no sense of BDP resting on its laurels. Its new children's hospital in Dublin, due to complete in 2020, will be the largest health investment ever in Ireland and, like Alder Hey, will look to the future rather than the institutional hospital buildings of the past.

BDP's interiors team had the challenging job of achieving the desired non-institutional ambience while ensuring maximum functionality and cleanability. The task was helped by BDP securing a separate PFI commission to deliver the Furniture, Fittings and Equipment (FFE) -- the first time it had done so -- ensuring a more joined-up approach than is normally possible between hospital architecture, interior and furniture.

According to design associate Katharine Blankley, who led the interior design, the concept was to extend the idea of the building growing out of the park landscape into the important atrium space, with references to rock striations and the use of several different timbers. Western red cedar is used to clad the 'treehouse' that forms the focal point to the atrium, with wall panels in ash above the catering area and furniture in birch. 'We didn't want it to be matchy and corporate, but more rustic,' says Blankley.

The designers worked closely with artist Lucy Casson, who integrated animal characters around the hospital, most noticeably in the large mobile Roost that marks the southern entry into the atrium from the car park. But rather than appear childish, these are designed to appeal to all ages.

While the atrium is deliberately designed to feel more like a shopping centre or civic space than a traditional hospital in atmosphere, the wards are given a more domestic feel where possible. To try to reduce the long corridors down the length of the ward 'fingers', the wards are broken down into colour-coded zones associated with individual nursing pods. Here BDP used Corian with Formica feature panels to the front.

Each bedroom has a timber laminate bedhead to give a homely effect while remaining cleanable, with a coloured panel in the floor simulating a bedroom rug. Children are able to control the colour of a feature lighting panel at the entrance to their bedroom and can also activate interstitial blinds at the sliding entrance doors. BDP designed a wardrobe alongside the bed, and each room has a sofa bed for parents to use. Each individual bedroom has generous-sized windows, and in critical-care rooms roof lights let in light. This emphasis on natural light was crucial to the success of the interior.

'You can have the most amazing finishes but if you don't have good levels of natural light it can be a waste of money,' says Blankley, adding that it was a challenge to achieve its design aspirations within cost and infection-control constraints.

'It was fairly challenging and you have to have a thick skin -- you can't give in. Because it's for children, you go the extra mile.' 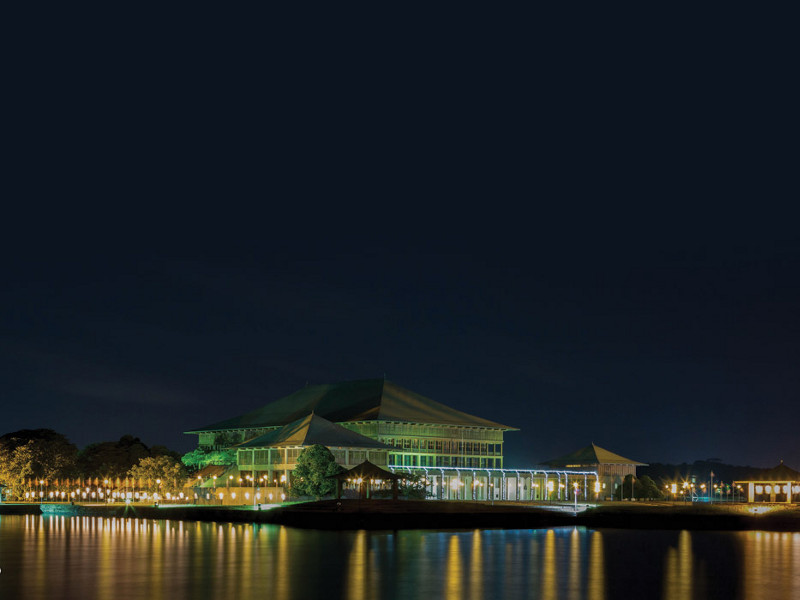