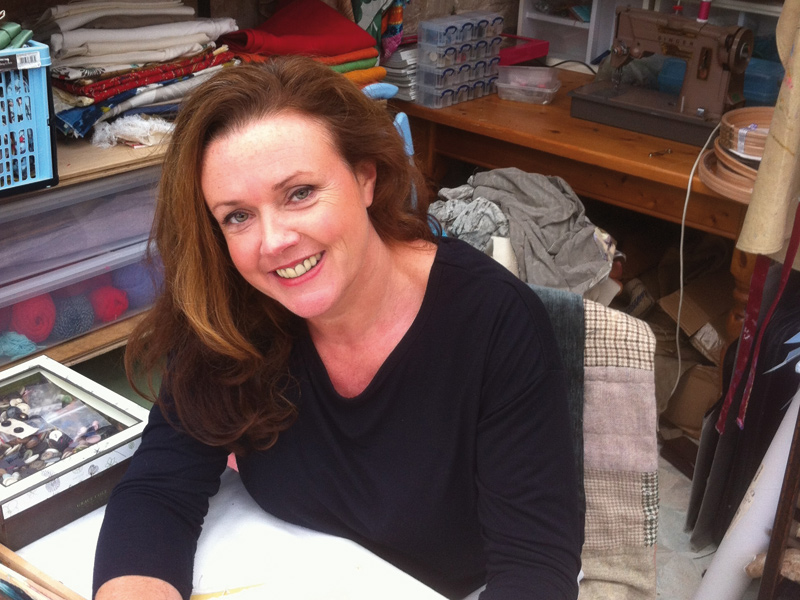 Sarah Burghard Designs is carving a niche for itself by creating bespoke branded products, furniture and accessories for boutique hotels.

'My first commission was for The Boat House, a cafe-deli that is part of a large Grade I listed hotel on the Thames, in Oxfordshire,' she says. The Spend A penny Collection includes two large upholstered chairs and matching wall decor. They were originally commissioned for Harington's Hotel, Bath, to celebrate the life of Sir John Harington, godson to Elizabeth I and inventor of the lavatory flush. Burghard says: 'It was a difficult brief to make attractive! I came up with an eye-catching, yet humorous tribute for guests to enjoy.'

'I created the brand and a subsequent range of interior products alongside styling the interior with bespoke wallpaper and decorative information about the building's history.'

Studying as a mature student at Central Saint Martins, Burghard worked as a freelance designer for three years before founding her own company.

'It fits my lifestyle much better to run my own company,' she says. 'I intend to grow my range to include retail collections that cross over with my interior furnishings. The Queen Street Collection was also designed for the Harington's Hotel, Bath, and which is inspired by the hotel's central location. Burghard used a photograph, taken of the street name outside the hotel, and then digitally manipulated it to include the hotel's branding colours to produce a range of lampshades, cushions and dining chairs as well as very large textile wall maps.

Both elements are created to celebrate and promote a boutique hotel's particular personality.' Burghard also exhibited at the Independent Hotel Show last October where she showcased work from previous projects. The Dunavon Collection was created for the Dunavon House Hotel in Aberdeen, for which Burghard produced wallpaper, cushions, curtains and lampshades using the hotel's new branding as the basis of the designs. She says: 'This design was more of a graphic pattern than historical content, yet it still reflects the love, attention and individuality the hotel owners put into their design approach.'