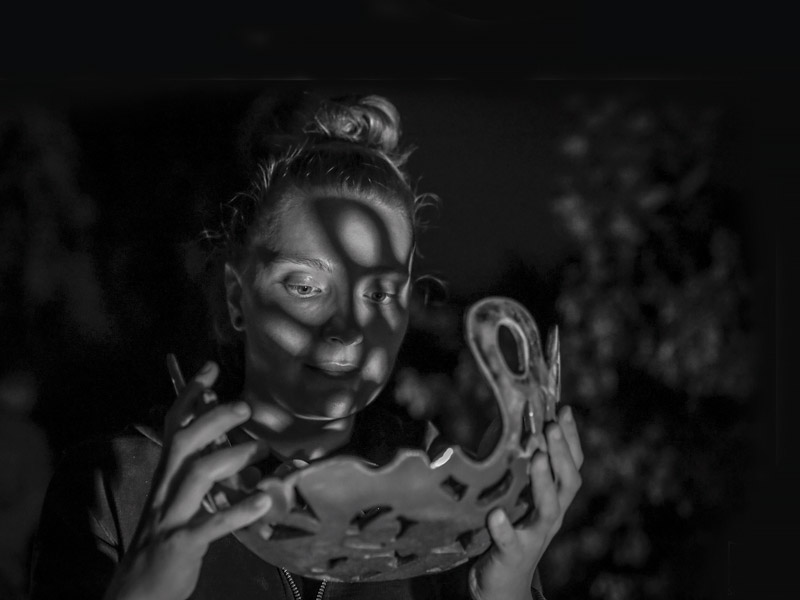 The idea of forming a ceramics studio first crossed Orzechowska’s mind in 2007, and she opened the workshop in 2010, with the company officially launching in 2011. Coral series: With the first pieces of the series being created in 2010, the collection has continued to evolve throughout the years while always seeking ideas from the sea and its underworld. The coral bowl, for instance, takes inspiration from coral reefs and is available in various colours.

Orzechowska also found an opportunity to share her design skills and expertise by teaching at the Private Ceramics School in Warsaw between 2013 and 2016.

As the Viola Ceramics Studio has grown, it has exhibited in various locations such as Barcelona, Brussels, Lisbon and Milan, as well as at 100% Design in London in 2016 and 2018. Fish scale: The fish scale started as a project for a client order in 2014. Different-colour tiles create the look, and no two projects are the same. Originally, the fish scale combined a turquoise crackle and emerald green, which alludes to different species of ocean fish, but is now also available in gold and copper.

Born and raised in Poland, Orzechowska became interested in home decoration and design at high school.

She has worked in the design industry for more than 15 years, and for the past eight has been engrossed in ceramics, creating a variety of pieces for the studio.

Her passion for beauty and functionality within design influenced her craftsmanship of handmade ceramic design and crafts handles, tiles and mosaics, as well the creation of unique projects. Ceramic lamps: The creation of these ceramic lamps enabled Viola to work with her husband, who’s an electrical engineer. The shape was inspired by industrial metal lamps, with Viola creating a ceramic version featuring a body covered in a pattern of lace.

Speaking of her design aims, Orzechowska says: ‘My goal is to create objects that allow me to unite my three passions: ceramics, graphics and functional design.’

She also cites her inspirations as ‘people and their individual approach to life, [and] nature, particularly beneath the surface of the sea’.