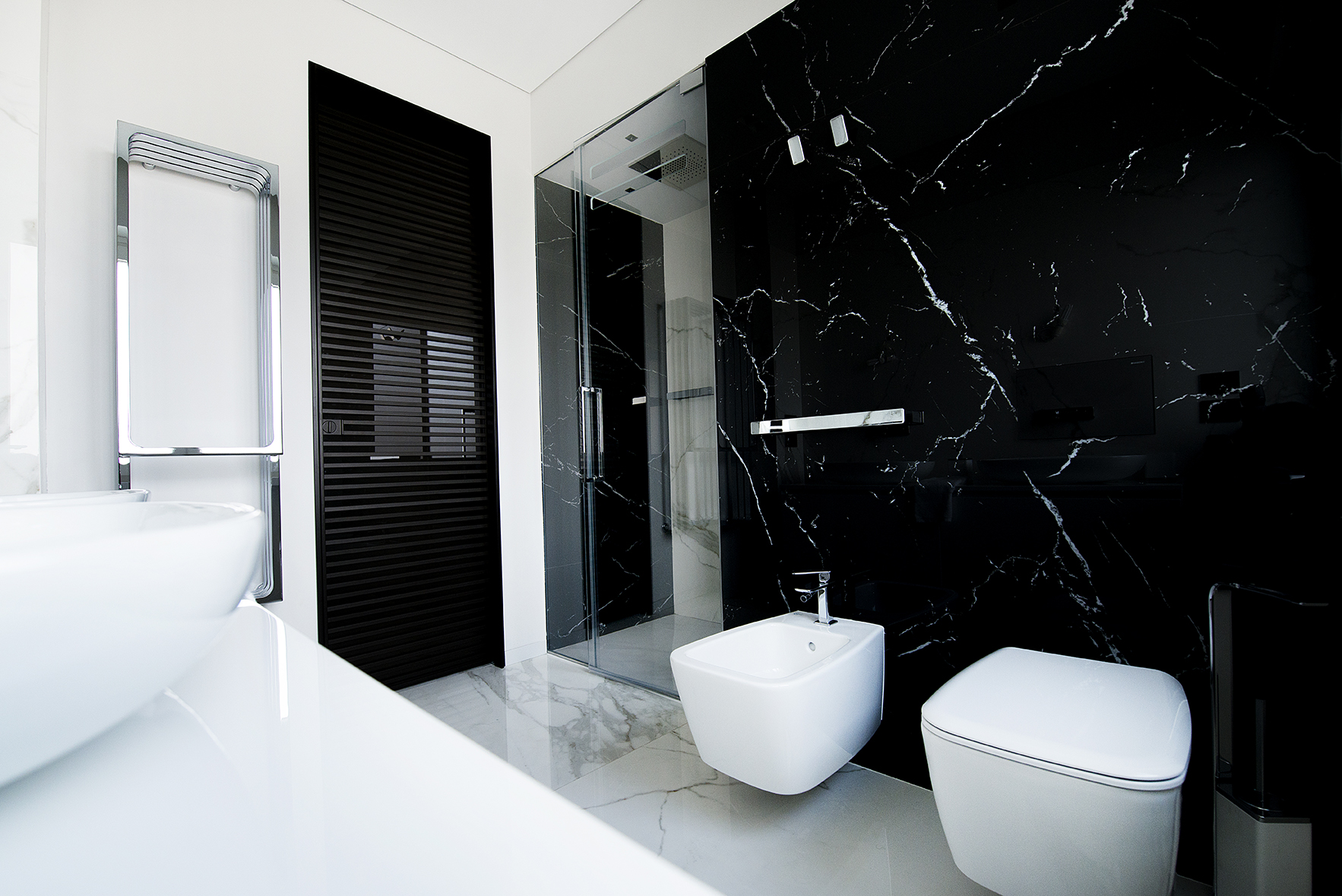 When leading architects Roberto Bassignani and Stefano De Vecchis were asked to create a design concept for a sixth-floor apartment in central Rome, Il Fascino Dell’Eleganza, the client had a highly specific, overall vision.

Principally, they wanted to create a home with a distinctive and original aesthetic. The space would simultaneously pay homage to the city’s classical architecture but also reference the clean lines and monochrome colours of contemporary design. Bringing a natural look into the space was also a high priority for the client. Despite being in a bustling city centre, they wanted to feel as if they were surrounded by the natural world.

They adopted a holistic approach, with the intention of every aspect of the build embodying their philosophy. This meant the materials used in the construction would need to be 100% natural whilst also reflecting the client’s idiosyncratic requirements. For the architects, it was the start of a fascinating design journey which would ultimately lead them to specifying Neolith® for all the project’s surfacing requirements.

Everything specified had to have a ‘wow factor’, impressing the client while also offering long-term value. There was no room for gratuitousness, as the brief had a strict caveat from the outset, expecting a visually striking but low maintenance interior. Marble had initially been considered as it’s both a natural stone and synonymous with the architecture of the local area. Its relative expense, however, particularly for the scale of the project, and low resistance to wear and tear ruled it out.

As the architects explain, “When we first saw Neolith, we were immediately drawn to the finesse of the detailing. It really looked like authentic Carrara and Nero Marquina marble. We immediately overcame our initial challenge of finding a high resistance, marmoreal-effect surface.” They continue, “Furthermore, the composition of the stone is 100% natural and its performance qualities are unrivalled. It perfectly balances style and substance. As such, it became the number one choice for the apartment’s surfaces.”

From that point on, the desire to use Neolith throughout the whole space heavily influenced what would become the final concept. Looking to incorporate a modern twist, the architects developed the idea of contrast and stripped the design right back to create a minimalist look.