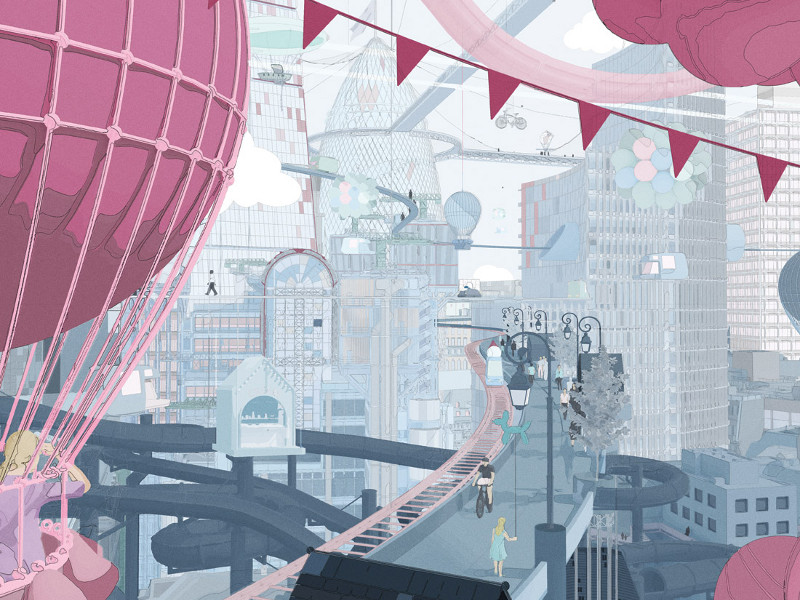 Mountains, cliffs and gorges offer the most breathtaking vistas in nature, and the most uplifting walks. Yet, cities – as they become higher, with increased population densities – have the potential to create experiences to rival (or surpass) Mother Nature. If only the powers that be would make it so! High-level circulation is not a new idea – a mainstay of yesterday’s tomorrows that never happened. In many cities around the world tall buildings are getting packed in, tighter and tighter. Buildings should be rampantly connecting at all levels, creating roads and linear gardens, rope bridges and external staircases that thread the city together, taking people off the pavement and up into the sky where the views are more inspiring and the air is more fresh. There could be broader thoroughfares with bike lanes and gardens, shops and cafes, or other more vertiginous routes, like the Via Ferrata in Italy. The ‘publicness’ of the city would become more 3D, and the buildings themselves would beckon people to adventure. Nick Taylor is a partner and creative director at Squint/Opera, a creative digital studio and consultancy working to expand how people imagine and interact with the physical world. Responsible for the quality of creative work produced by the architecture team, Taylor defines the vision for large masterplans and complex public projects, including the UK and Brazil Olympics, the World Trade Center, Hyperloop, Penn Station, and Gardens by the Bay in Singapore.