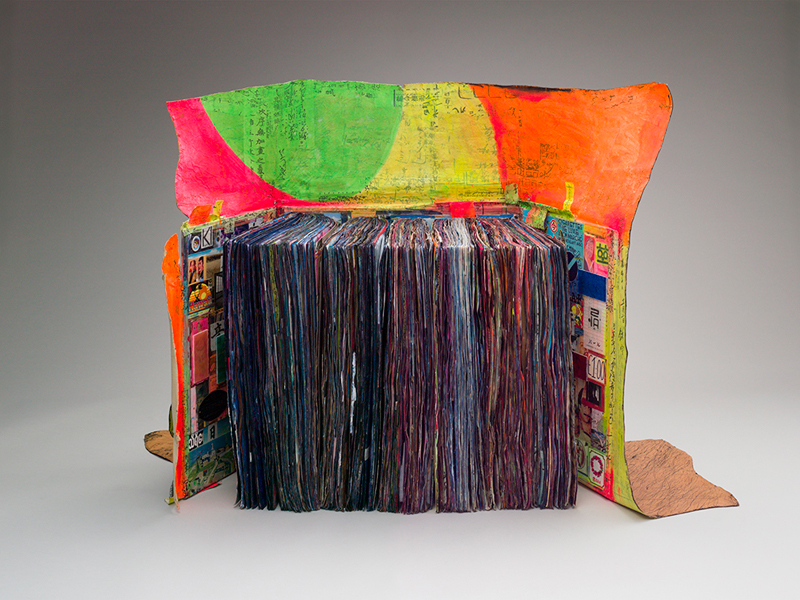 1 Shinro Ohtake
Parasol Unit, London
12 October - 12 December
Shinroh Ohtake's speciality is cutting and pasting, applied to drawing, painting and sculpture as well as photography and experimental music. Much of his work uses found images and scraps discarded from urban culture and the mass media, often with reference to underground music culture. In 1977, Ohtake began his ongoing series of 'scrapbooks', and has, to date, completed more than 60. Parasol Unit shows early, recent and new works, including his retina and time Memory series, plus works from Frost and Cell, and several films. parasol-unit.org Modern times, photography in the 20th century. Collection of Rijksmuseum with the support of Baker & Mckenzie Amsterdam NV

Modern times is the first time the Rijksmuseum has shown its outstanding photography collection. With more than 400 images, the exhibition traces photography's key developments including the introduction of colour, the growth of documentary and news photography, and photography as a pure art form. It also explores photography's role in fashion and advertising. rare photographs by leading practitioners will be displayed, plus some amateur works. rijksmuseum.nl Shirin Neshat lives and works in New York. She was born in Iran and this will be her first solo exhibition in the Middle east. She will show existing and newly produced works alike, including her major photographic series the Book of kings (2012) inspired by the epic poem Shahnameh by the Persian poet Ferdowsi, written around 1000 ad, as well as a selection of video installations commenting on historical, cultural and political realities on which neshat has focused for the past 30 years. mathaf.org.qa

4 Vincent Award for Contemporary Art
Gem, The Hague
Until February The Vincent is hosted at the Gemeentemuseum for the first time. Five contemporary European artists have taken over GEM, the entire modern annex next to the famous art-deco building. Manfred Pernice and Pierre Huyghe are exhibiting on the top floor, Anri Sala in the middle and Willem de Rooij and myself on the ground floor. GEM is also home to the Photography and Film Museum, quite fittingly, as a majority of the work in the exhibition is video and photographic art. The winner will be announced on 21 November. thevincentaward.com Taking over the entire Himalayas Museum, Sean Scully does something that has not been attempted before: a career-length exhibition of a western abstract artist in China. His exhibition is part of the Biennale in Shanghai and features more than 100 works, oil, pastels, drawings, and photographs. One of the pieces will be Backs and Fronts, the work that broke the logjam of American minimalist painting. himalayasart.cn

Jeremy Deller met Warhol in 1986 and spent two weeks at the Factory in New York. Deller himself began making artworks in the early Nineties. For love is Enough in Oxford he brings together rarely seen works by Morris and Warhol, including the epic Holy Grail tapestries completed by Morris in 1896, a selection of Warhol's iconic Silkscreens and archival material from the Warhol Museum in Pittsburgh. modernartoxford.org.uk