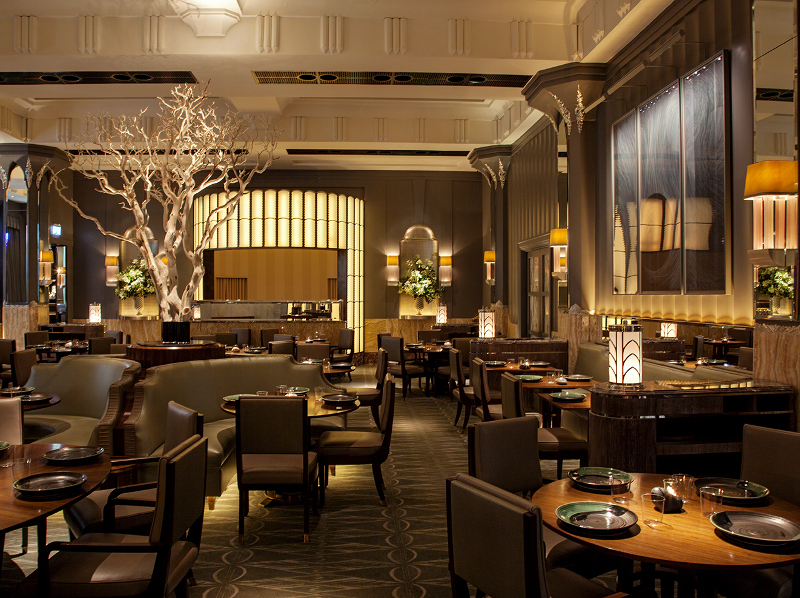 Fera, the new restaurant at the iconic five-star Mayfair hotel has a luxurious new design scheme

Claridge's, one of London's most iconic five star hotels, is well known for its restaurant - which until last year was under the stewardship of celebrity chef Gordon Ramsey. Now that restaurant has a new head chef, Michelin-starred Simon Rogan, a new name, Fera, and a new interior scheme courtesy of British designer Guy Oliver. Oliver, who has built his reputation on the sensitive treatment of historical spaces, most notably for an exclusive list of private clients, but also with previous projects at Number 10 Downing Street (The State Rooms) and The Connaught Hotel, and recent highly acclaimed exhibitions for The Louvre, says his inspiration for the interior came from the simple, natural style of Rogan's Cumbrian restaurant, L'enclume, but made more suitable for Claridge's setting in London's wealthy Mayfair.

Design inspiration also came from the chef's distinct culinary style with natural walnut tables without tablecloths, soft natural colours such as green sateen wool for the curtains and a slightly stronger tone for the carpet. According to the designer, a sophisticated lighting scheme works to ensure that the room feels fresh and natural during the day, and warm and atmospheric at night.

Additionally, the kitchen has been made central. Open double doors are surrounded by a large-scale paintings, and stools are provided so that guests can watch the chefs at work.

Also influenced by the layers of history at Claridge's which was established in1895, Oliver has paid homage to the iconic 1920s interiors influenced by Basil Ionides for which the hotel is well known.
Ionides collaborated with the best artisans of his time, engaging master metalworkers, engravers and stonemasons to work on the hotel. He says: 'There is a German word 'gemütlich' which means 'to introduce a situation that induces a cheerful mood'. If I have achieved this then I will be a very happy man.'