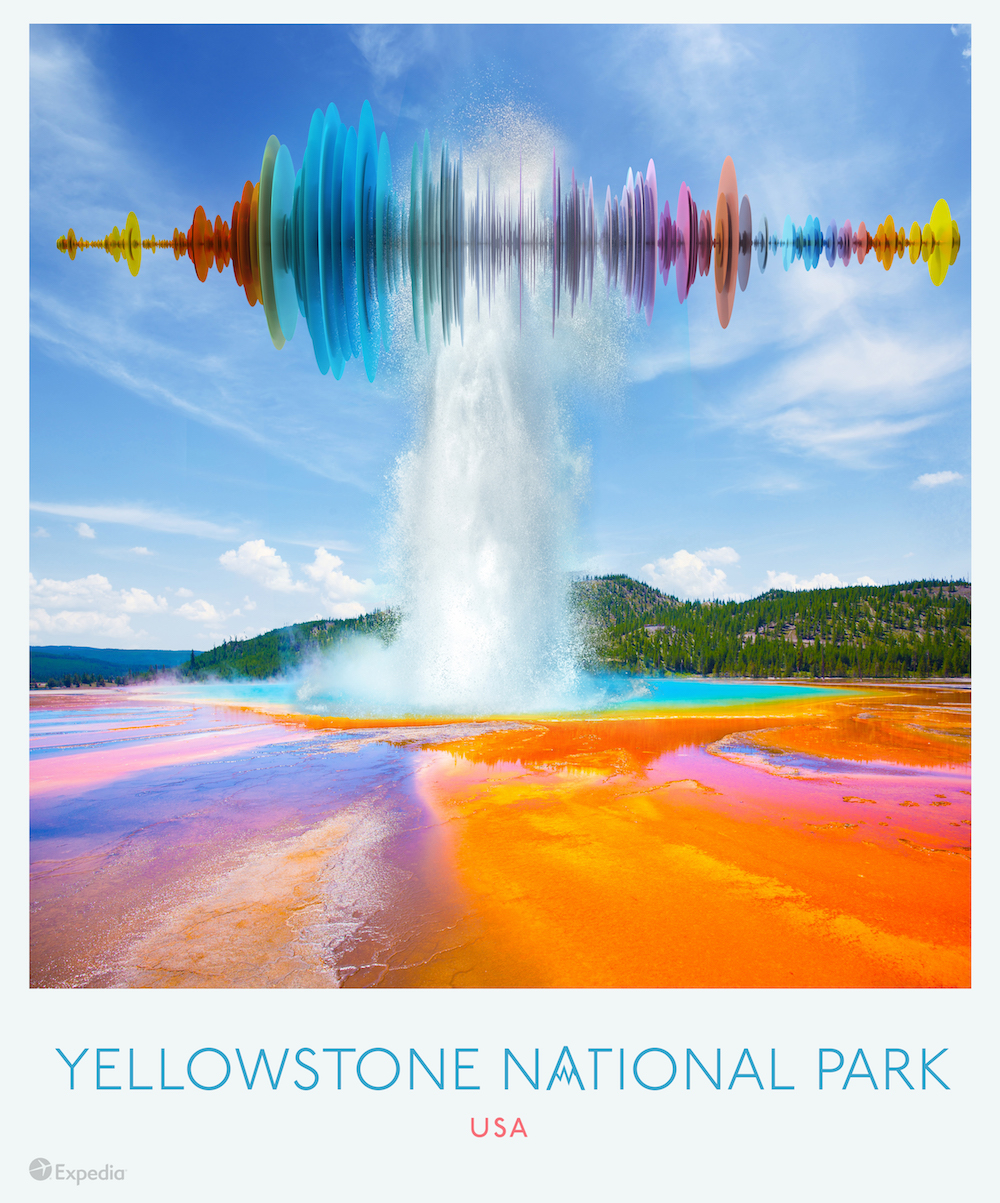 Instead of showing ‘the sights’ from around the world, a new campaign has been launched featuring sounds from some of Earth’s most magnificent destinations.

The sounds of some of Earth’s most remarkable locations are often forgotten when visitors are lost in the visual wonder of the destination – but these noises can often be just as captivating and inspiring as the views. NeoMam Studios, commissioned by Expedia, have found a unique way of bringing these two elements together by visualising the sound waves into photographs of several exceptional destinations, from around the world.

Offering a new angle to look at these eleven iconic locations, the photographs certainly are poetry in motion – have a look at them all below!

To hear the sound waves in full, follow this link to the original article. Sound: Bird and frog calls, morning in the rainforest Sound: The King of the Jungle, a lion’s roar Sound: Geysers and hot springs, water from below Sound: A not-so peaceful seaside, a family of sea lions Sound: Birdcalls and crickets, where the rainforest meets the ocean Sound: A peaceful melody, waves on the shore Sound: A bird’s call, flying around the glacier

Sound: Monks at prayer, echoing in the hall