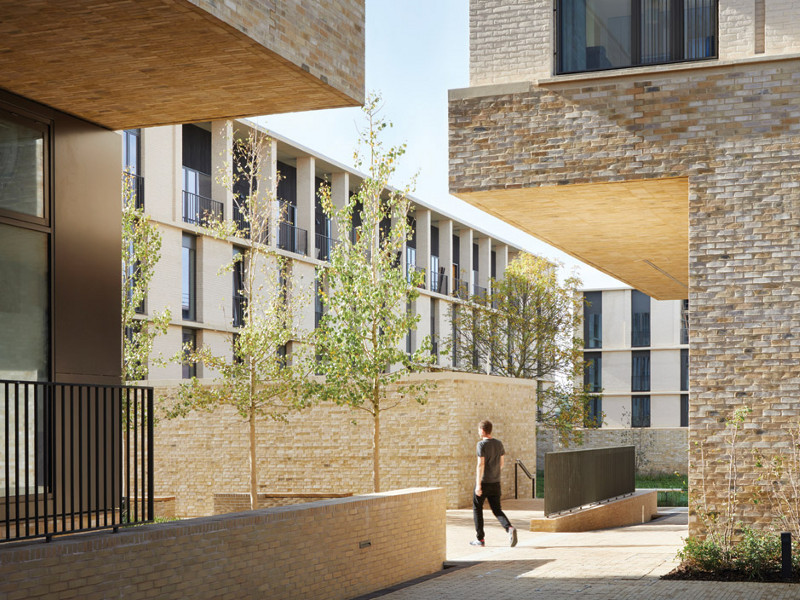 There are few urban experiences as enjoyable as the casual stroll through a medieval city – especially one free of the constant hassle and hazard of car traffic. For example, a meander through the rabbit warren of Venice’s ancient streets is the most delightful of journeys (once you get away from the tourist mosh pit of the Rialto or Piazza San Marco), not least for the many small courtyards, squares minor and major, archways and bridges providing a perpetual flow of everchanging vistas: the limpid channels of small canals, the occasional glimpse of the lagoon shimmering in the distance, the charming graduations of colour along every street. There is a sense of life being lived around you – the chatter and call of neighbours at local cafes, the bunting-style lines of washing strewn across alleyways, rusting balconies dressed with potted geraniums – which gives the pedestrian a rare feeling of intimacy and connection with the people of that place.

It is unheard of for architects today to get the chance to replicate anything like this across a sizeable population. But Stanton Williams has just finished a project in Cambridge that prioritises exactly that sense of public connection, with 264 one- and two-bed apartments. Its scheme knits together 10 four- and five-storey blocks on the north-west edge of Cambridge, in Eddington, around sequences of carefully considered public and semi-public spaces. Landscaped by J & L Gibbons, they connect via paths that meander over a gentle slope, within a highly porous and car-free residential neighbourhood. In fact, when the first sketch was drawn, it was this characterful and engaging arrangement of public realm that came first. As the practice’s principal director, Gavin Henderson, tells me, the motto that ended up guiding the programme was: ‘The most important part of this is the pedestrian experience.’ The landscaping was carried out by J & L Gibbons

The scheme is part of a large new residential quarter being collaboratively developed by Cambridge City Council and landowner the University of Cambridge (it was previously the university’s farm). Masterplanned by AECOM, 14 different architecture practices have been involved in this ambitious £1bn scheme. Phase one, almost complete, includes student housing by Meccanoo and Wilkinson Eyre.

The development was triggered by a problem the university identified in the 1980s: that the high cost of housing in the city was an increasing problem for attracting and retaining the right calibre of staff, a problem that has only intensified as the market has globalised. But it is very much a lifetime neighbourhood for a much broader community: while half the 3,000 homes being built will be retained for university staff at affordable rents, 8,500 people will ultimately be living across this site.

A school opened in 2015, followed by a Wilkinson Eyre-designed Sainsbury’s supermarket and MUMA’s 2018 Stirling Prize-nominated Storey’s Field Community Centre and Nursery. Two Stanton Williams buildings sit opposite and to the left of the Sainsbury’s, designed to enrich the large market square in front of the supermarket with the insertion of cafes, restaurants and retail across both ground floors. Eventually there will be space to keep 12,500 bikes

The uniting ethos of the development is to achieve the highest possible levels of sustainable living. Stanton Williams’ homes have been designed to meet Level 5 of the Code for Sustainable Homes (sadly abolished under the UK’s previous coalition government). Providing the required levels of daylighting for each apartment meant the blocks had to be sited between 10m and 18m apart, and only meet at their corners. Their flat roofs feature sedum planting, solar panels and 3in deep troughs to collect rain, which provides water for toilet flushing and washing machines, and then spills into the cobbled rills alongside the pedestrian paths, also irrigating the ponds and planting. Unique to the scheme are an assortment of single-storey bike pavilions, each with an internal rain garden and walls of either brick or timber lattice screens, painted with linseed oil and iron oxide. Says Henderson: ‘For us this has been a particularly important part of the scheme. It’s potentially functional but actually more communal.’ Tidying bikes into these pavilions means the adjacent courtyards remain fully accessible. In all, there will be 12,500 bike spaces, one for every bedroom as well as for workers and visitors. There are two underground car parks, providing one space for every five homes, but so far only two-thirds of the spaces are being used. The university has also laid on a subsidised bus network.

Who will live here? Mainly post-doctorates and research fellows, says Henderson. But the set-up is so appealing you can imagine them staying longer than the customary two to three years. The materials are largely brick – chosen to complement the creamy tones of nearby Cambridge – and timber. The facades are deep for optimal insulation and so are the window reveals, with precast concrete steles to throw off water from the sills. Most apartments are dual aspect.

The prevailing sense of communality continues inside with wide, social staircases, and large windows at every level giving those on stairs and corridors views through to planting and courtyards. ‘Jan Gehl talks about how far away you can be from the ground before you feel disconnected, and it’s not much above second floor,’ says Henderson; hence the social staircases, and the fact that there are no private balconies, but instead a variety of shared roof terraces, and – at the third floor of the larger blocks – a shared loggia.

At ground floor level, low garden walls double up as benches, as do low-walled ponds. There are even permanent, shared picnic benches. The idea is that staff who work in Cambridge will want to come back to where they live for downtime.

It may smack of the kind of benign, patrician planning that characterises those great Victorian philanthropists Joseph Cadbury at Bourneville or Joseph Rowntree, but it certainly shows the rest of the world that if you want to look after your workers, this is how it can be done.