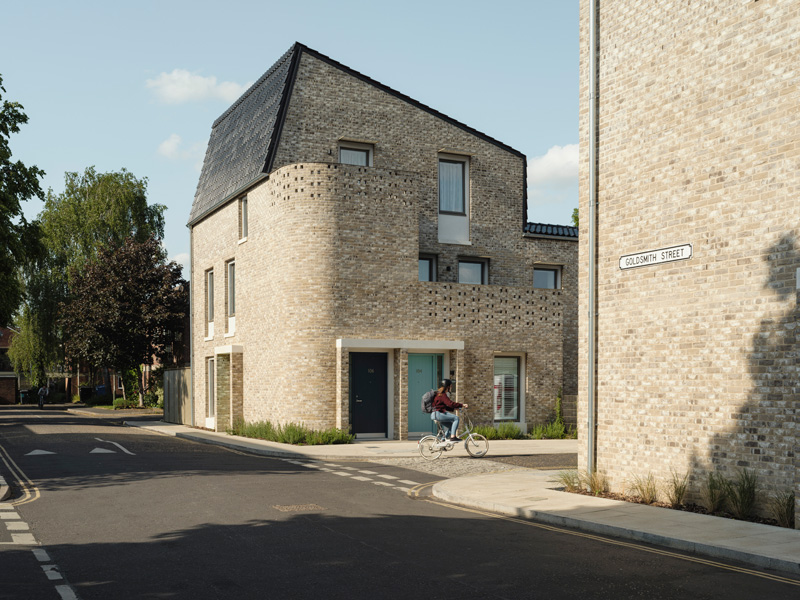 There is nothing like a major global catastrophe to make you re-examine your priorities. As many of us have been thinking individually about how our work and skills might contribute more positively to both our own carbon footprint and the wider community, so certain professions have also been examining their consciences and values collectively.

It’s a phenomenon I’ve noticed not just in the youthful digital native – how many of us who were raised in a time of text-based publishing now tend to skim through stories, feasting on photography rather than dwelling on words? Under these circumstances, a shallowing out of understanding and appreciation is inevitable.

For more than two decades I have been fortunate as a design and architecture journalist to have the support of my editors – especially the editor of this journal – in my mission to investigate design’s role in areas of wider social and environmental significance. And I have worked hard to single out examples of best practice, through which I can often celebrate aesthetic richness and spatial complexity, as well as more profoundly beneficial social and environmental intelligence. But for years I rarely saw that concern reflected elsewhere in the multiple journals articulating the newest and shiniest, eye-poppingly glamorous models of design and architectural endeavour. But a shift has been happening, and was visible as of last year: the award of the Stirling Prize to Goldsmith Street by Mikhail Riches – a beautifully crafted, thoughtful model of community-centric, low-energy social housing, funded by a local authority, in Norwich – in late 2019 was one significant marker. The World Architecture Festival Awards’ ultimate Building of the Year trophy going to a retrofit project – the LocHal public library in Holland, by Civic Architects, Braaksma & Roos, Architectenbureau and Inside Outside/Petra Blaisse – was another. It’s good to see projects that genuinely serve community need take the top prizes rather than yet another starchitect-designed sparkling cultural bauble conjured on the whim of some billionaire oligarch or cash-rich authoritarian state. And that narrative arc has escalated during the pandemic, in the leading professional journals. Maybe a shortage of completing projects helped, but there was a growing reflection of professional engagement with inclusivity and diversity, and with how differently architecture and design practice needs to be oriented post-lockdown – very much more targeted towards the lives and wellbeing of citizens, occupants and users (and the planet) rather than the vanity and bank balance of brands or clients.

Prompted no doubt by the hugely important Black Lives Matter protests across the world, inclusivity and diversity were strong themes throughout the summer months. In July, the Architects’ Journal (AJ) announced that Brick by Brick, Croydon Council’s in-house developer, had partnered with the Stephen Lawrence Trust to launch a competition to identify practices with a clear and ambitious commitment to diversity. The winning team – Jas Bhalla Architects – was announced in late August, and was rewarded with a contract to design up to 10 houses for an infill development, as part of the south London borough’s £530m Growth Zone programme. AJ also announced an overhaul of its prestigious AJ100 Awards to reflect the importance both of social impact and sustainability, as well as highlighting ‘disruptor practices’, which are throwing up new models of socially engaged architecture.

One of these acclaimed disruptors was Clare Richards’ not-for-profit practice Ft’work, which she set up in 2016 to champion a genuinely collaborative approach between architects and their future occupants, to ensure that communities at the sharp end of regeneration schemes are being consulted, engaged, and allowed to influence the ultimate designs. The importance of strong and vibrant communities has been demonstrated as never before in peacetime during lockdown. Yet existing communities are rarely seen as the assets they are in any redevelopment. In a filmed summary of her aims, broadcast by AJ, she stated: ‘Greater autonomy builds trust and buy-in, just as failure to engage or address need leads to poor practice and distrust. As architects we can’t act on our own. This is a collaborative endeavour … in which all participants must understand the social impact of what we do. And in the process we can reconnect with our purpose.’ Alongside her own practice’s roster of community engagement and education schemes, Richards has been contributing to local government policy as well as architecture education, working with the RIBA’s education team to develop a module around positive social impact. Her message, that design can solve problems but not in isolation, is chiming with these troubled times.

She is encouraged by the emergence of developers, local authorities and architects working to support a ‘slow burn’ model of regeneration. Croydon, Hackney and Lewisham Councils in London are learning from others’ failures, it seems. And collaboration is the way forward. Says Richards: ‘Architects’ ability to collaborate with others and to lead the conversation about change … is really important, and listening is part of that collaborative skill. Public engagement makes you think harder.

Architects get caught up in the power of our own vision and it’s important to be open to ideas that challenge us because it gets a better result.’