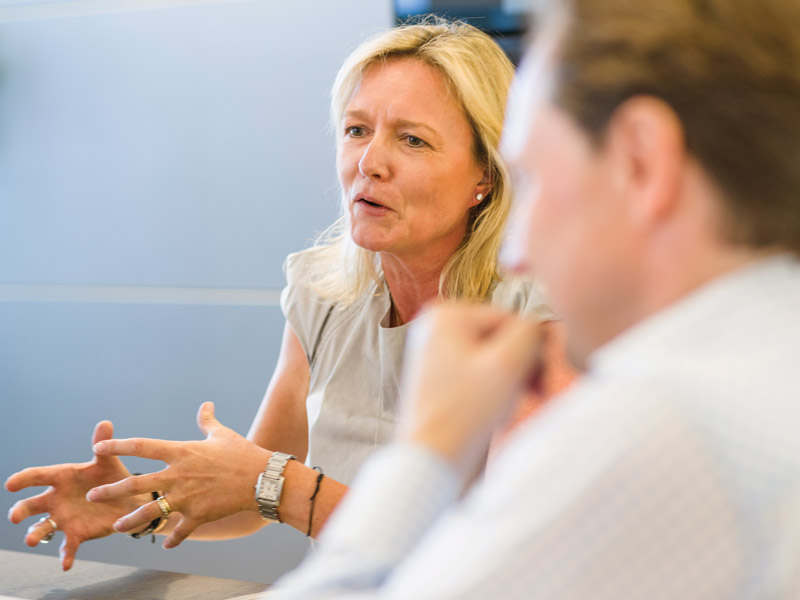 Blueprint Magazine and Bulthaup Clerkenwell brought together a panel of architects and designers to discuss the changing nature of the kitchen, from the actual design of units through how the kitchen’s function and use is changing, and hence its role in the home.

Johnny Tucker: So, what is the kitchen now, what does the kitchen mean and more broadly, how is it affecting the design of the whole home?

Johanna Molineus: It’s always been the heart of the house, the centre of everything.

Philip Durban: I think it used to be a place where survival was managed, but actually increasingly these days it’s the centre of creativity.

Brian Ma Siy: I think there are two aspects to the kitchen — one is functional and one is creative.

Functionally, it’s no longer a place that’s just for cooking. Creatively, the kitchen is a theatrical place, an entertaining space where you show off to friends with dinner parties. It’s starting to evolve, you’re starting to have these two extremes. PD: Not long ago, even in this country, you were lucky to have food. It was a matter of eking it out and distributing it on a fairly basic level. For most of the clients we deal with, that is certainly not an issue and the kitchen becomes more an expression of how creative you can be.

JM: For a lot of our clients we design more than one kitchen in the house — one for the staff and then you have a show-off kitchen that doesn’t really look like a kitchen at all; it’s more a piece of furniture. Both still have the function of entertaining or cooking together and being creative. Barbara Penner: I think it’s a really interesting question of who is doing the cooking because, of course, the kitchen is a site of labour. In the Twenties for instance, with the galley-style kitchen, implicit in that was the idea that there was one person preparing the meal and it was always the woman. She was actually separated from the rest of the family, and that was partially about containing the cooking smells and the sight and the sound of labour. But from the mid-Forties you started to get the so-called living kitchen and this idea that women need to be integrated, that the labour that happens in the kitchen should be visible and that the woman essentially needs to enjoy the sociality of family. Historically, that’s been one of the biggest shifts.

Carolyn Arnold: Even in the Seventies, typically you had the kitchen down the hall and that was really the domain of the wife. Gradually across the Eighties more men got involved in the kitchen, and with celebrity chefs the kitchen started to become a theatre because guys wanted to show off and be Gordon Ramsay. It created a whole different dynamic of people trying to display their knowledge. JM: The food culture has changed completely, especially in London. There’s a completely different view on food, on how to eat and how to prepare it. The man is now, not taking over, but certainly in the midst of it. PD: I think kitchens are beginning to look like operating theatres as they become a techy-toy environment.

Sophie Ashby: I think also there’s a call for authenticity and the idea of championing craft and giving honesty to materials. If anything we might be moving away from the really factory-fine finish. Whether you’re talking about furniture or anything to do with the home, what I’m hearing over and over again is people wanting to move away from that very technical, soulless, mass-produced feel and head towards something more wholesome and soulful.

BMS: I think the reaction against a very technical kitchen is because of the change in the function of the kitchen. It’s now an amalgamation of a living room, a study, a library; you start to have books, colour and life, and other living ideas coming in. The dining table is now becoming the workplace for instance.

Ran Ankory: I think people are seeking to create intimate connections between cooking and other activities, so it’s not so much about the kitchen as a space in relation to other spaces. It’s a centre where different activities are connecting. PD: We have quite a few clients who want a contemporary extension on the back of their home and they choose to call it a family room, and it happens to have kitchen stuff in it. It becomes the most valuable part of the house.

JT: Is kitchen the wrong word for the kitchen now?

RA: I think there are no more kitchens, there’s cooking. CA: There’s a multifunctional aspect, people being in a space where they happen to cook and eat. You might have the kids doing their homework on the table, someone cooking, someone watching TV and this all happens in one space.

BP: Some people are choosing not to have individual kitchens in the city, such as the rise of co-living, where you rent your room and share a kitchen, and that might be suitable for people in a particular phase in their life, because for some a kitchen is a burden or a responsibility, or somewhere that isolates. JT: When you’re designing a kitchen, what do clients want from a kitchen?

BMS: I tend to have clients who love cooking, so the kitchen is very much tailored around their needs and aspirations. It’s a space invented for them.

SA: I think in terms of aesthetics, what I’m hearing is they want room to display beautiful art, books and objects, to express their personality and not for everything to just be hidden away, perfect, slick and minimal. RA: What’s interesting is clients are saying much more about the kitchen than other parts of the house.

A very welcome trend in our eyes is briefs becoming higher resolution, down to the smaller details of how activities are being performed.

In that sense the kitchen is probably leading the rest of the house.

PD: We see the blurring of edges, so it’s not just a blurry edge between a kitchen and a dining room but it’s that sequence of spaces — the kitchen, the dining room, the snug. Our clients will take just as much pride having guests in the kitchen as they would in a sitting room. JM: The most revisions I have on drawings are in the kitchen area because it gets revisited over and over again. We used to design a lot of our own kitchens but a lot of clients want to now speak to a professional kitchen manufacturer rather than have an architect design one and a joiner build it. People are willing to spend a lot of money on a kitchen. What I do find fascinating is the very first time I meet a client they want to show me their kitchen and a lot unfolds suddenly from that.

CA: You’re now getting two people’s opinions; it used to be very much female-led and the guy would turn up at the end to write the cheque, but that’s changed.

JM: It’s quite interesting to see that kitchens have now become brands and a lot of people really buy into that brand.

SA: There’s a move to applying the same logic as your food being local and supporting your community to your furniture and your art but also your kitchen. Generally the average customer will be a little bit more mindful of that, whether it’s a feeling of being a bit more sustainable or supporting a manufacturer in the UK.

RA: There seems to be a third stage. First it was custom-made and I think now it’s more flexible, and we’re working in a more collaborative way. BP: It’s very clear that the kitchen, and also the bathroom, have moved from being backstage spaces to being front-stage spaces. In the same way the parlour was in the 19th century, the kitchen is now the showcase of your style and taste.

The choice of wood for instance, it’s a means of communicating your values, it’s not just aspirational. People are thinking very deeply about how they want to come across to the world.

CA: We deal with a vast array of clients with different tastes and requirements but this concept of having a blank canvas to be able to individualise the space as it evolves into the living space is key. Functionality is now a prerequisite.

BMS: I think what a kitchen in the future may look like is not so much built-in but actually made up of laboratory benches with freestanding appliances, and it’s that collection of items that starts to become your kitchen.

PD: Sooner or later there will almost be a backlash against the proliferation of stuff, and people will want to resort back to Agas and the classic bits of kit. Have we got in the kitchen the highest density of cultural nodes going on in one place? No wonder it’s such an important thing these days; it’s technology intensive, it’s culturally intensive. BMS: The rest of the kitchen starts to become relatively low key and actually it’s the appliances that start to dictate and become the showpiece.

SA: I do my utmost to hide those things. If I have to have a TV that’s not sliding away or popping out I feel I’ve really failed in some way, so having a coffee machine on display would be kind of horrific to me.

BP: In the Fifties, when Playboy was coming out with its iconic designs for bachelor apartments, huge emphasis was placed on the latest kitchen technologies. Some things hadn’t even been invented yet, it was pure fantasy.

But then against that you have people like Julia Childs, whose kitchen is preserved in the Smithsonian, where everything is exposed and hanging on hooks because she had this idea that you should be close to your tools. There’s this idea of the exposure and concealment of tools and appliances that has been an on-going dialogue. CA: As far back as the Eighties, we took inspiration from professional kitchens in developing product designs, but now the focus is also on the transition from kitchen into living spaces.

PD: I think increasingly people are going to want to break the rules and they’ll want to differentiate from what is mainstream and be ahead of the curve. BMS: The professional kitchen is an inspiration for the more outlandish, the ones pushing the envelope. Or for instance sourcing locally — that doesn’t just come naturally, it comes because restaurants like NOMA have set this agenda, and it filters down to the domestic environment. The main question is, what is the kitchen turning into?

PD: As things become increasingly stylised and recognisable, we kick away from them and look for the new honesty. I’m not sure what it is but we wouldn’t be doing our job as designers if we were sitting on the back of the curve. We’re looking to be at the front of the curve for stylistic and commercial reasons, and we have to be.