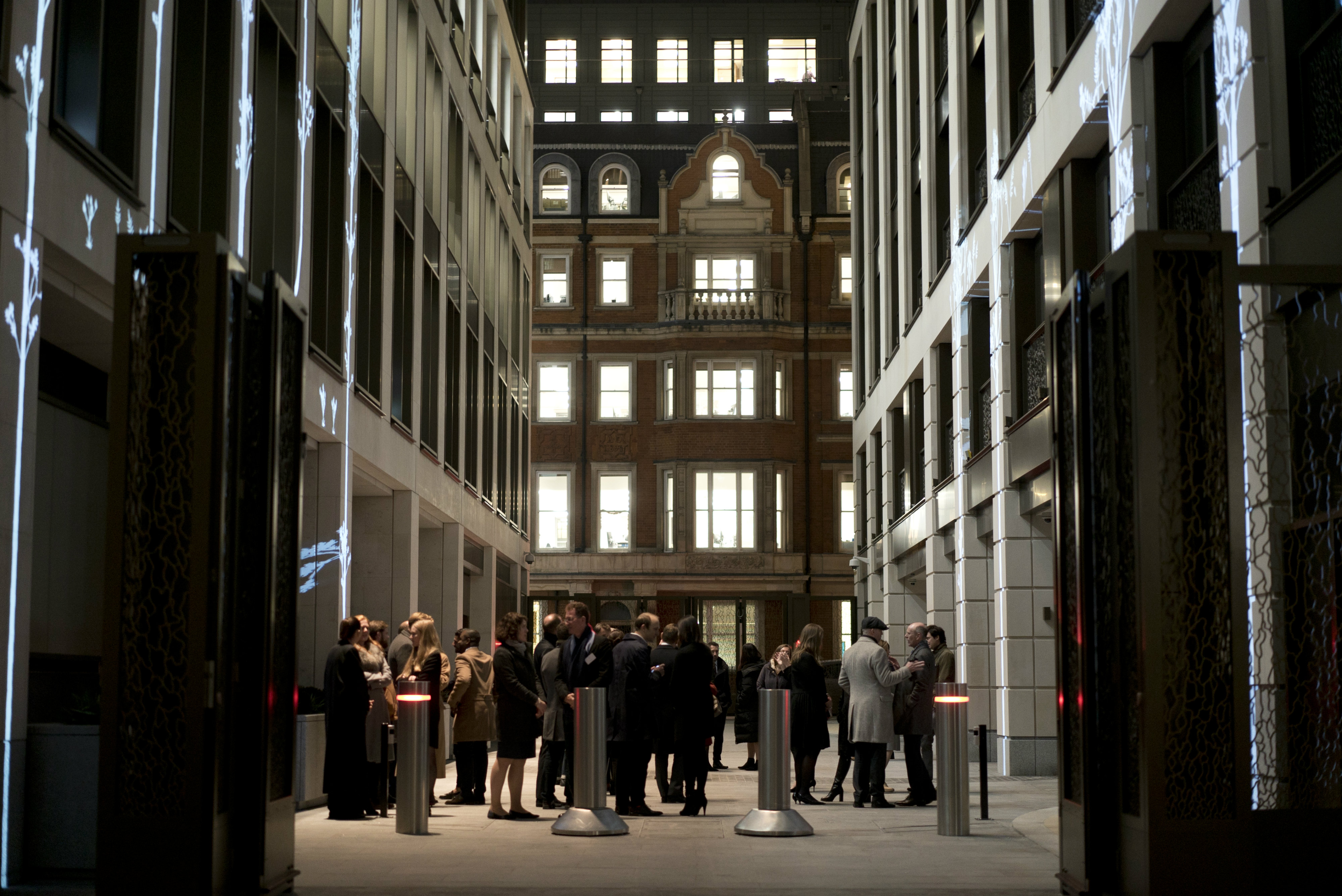 Ahead of their development launch in 2018, British Land unveils the first new street to open in Mayfair in over fifteen years, Ashburton Place.

The last street to be launched in Mayfair was Curzon Square in 2002, but the young street now has a bright, new successor: Ashburton Place. The new street was opened in an exclusive ceremony on Tuesday 5th December by Cllr Robert Davis, Deputy Leader and Cabinet Member for Business, Culture and Heritage, Westminster City Council. “The opening of Ashburton Place underlines the continued growth of Mayfair and the vital role it plays within the vibrant borough of Westminster,” he declared during the event, “the development of a new London street is such a rare occurrence and I’m honoured to join British Land to celebrate this culturally significant event.”

The name ‘Ashburton Place’ has been carefully selected for the street for two reasons. Firstly, the street has been named after the Ashburton family, who were noteworthy Mayfair landowners in the 19th century. Secondly, the suffix of ‘Place’ was carefully chosen to continue the long tradition in the Mayfair area of having no ‘Roads’ on the map.

The developers, British Land, celebrated this landmark occasion by commissioning two individual art installations; one from Dutch lighting designer, Simon Heijdens, and the other from paper artist, Andy Singleton. Both pieces were revealed at the launch as part of British Land’s on-going pledge to design, and have been carefully created to incorporate the natural elements from the surroundings of Clarges, Mayfair – including Green Park.

Chris Grigg, Chief Executive of British Land, commented: “It is a privilege to be granted such a prime address in the heart of Mayfair to create a destination for people to work, shop and live. Exceptional design underpins our overall vision at British Land and our partnership with these two world-class designers celebrates our commitment to developing a very special, design-led development, in one of the capital’s finest locations.”

The first unique installation is ‘Seasons of Mayfair’, created by paper artist and illustrator, Andy Singleton, who is famed for his work for high-end British brands such as Burberry. From January onwards, his installations will be placed across seven retail windows at Clarges Mayfair, changing throughout the year with the seasons. Andy was chosen to create these intricate, paper installations to reflect Mayfair’s history as a centre for craftsmanship, with one of the installations being revealed at the launch night.

“We have strived for exceptional design throughout the entirety of Clarges Mayfair and we are thrilled with the bespoke installations by Simon Heijdens and Andy Singleton,” James Taylor, Head of Clarges Mayfair, said of the designs, “The two pieces embrace nature’s elements, beautifully complementing the striking development and creating a visual kaleidoscope for the local community and visitors.”