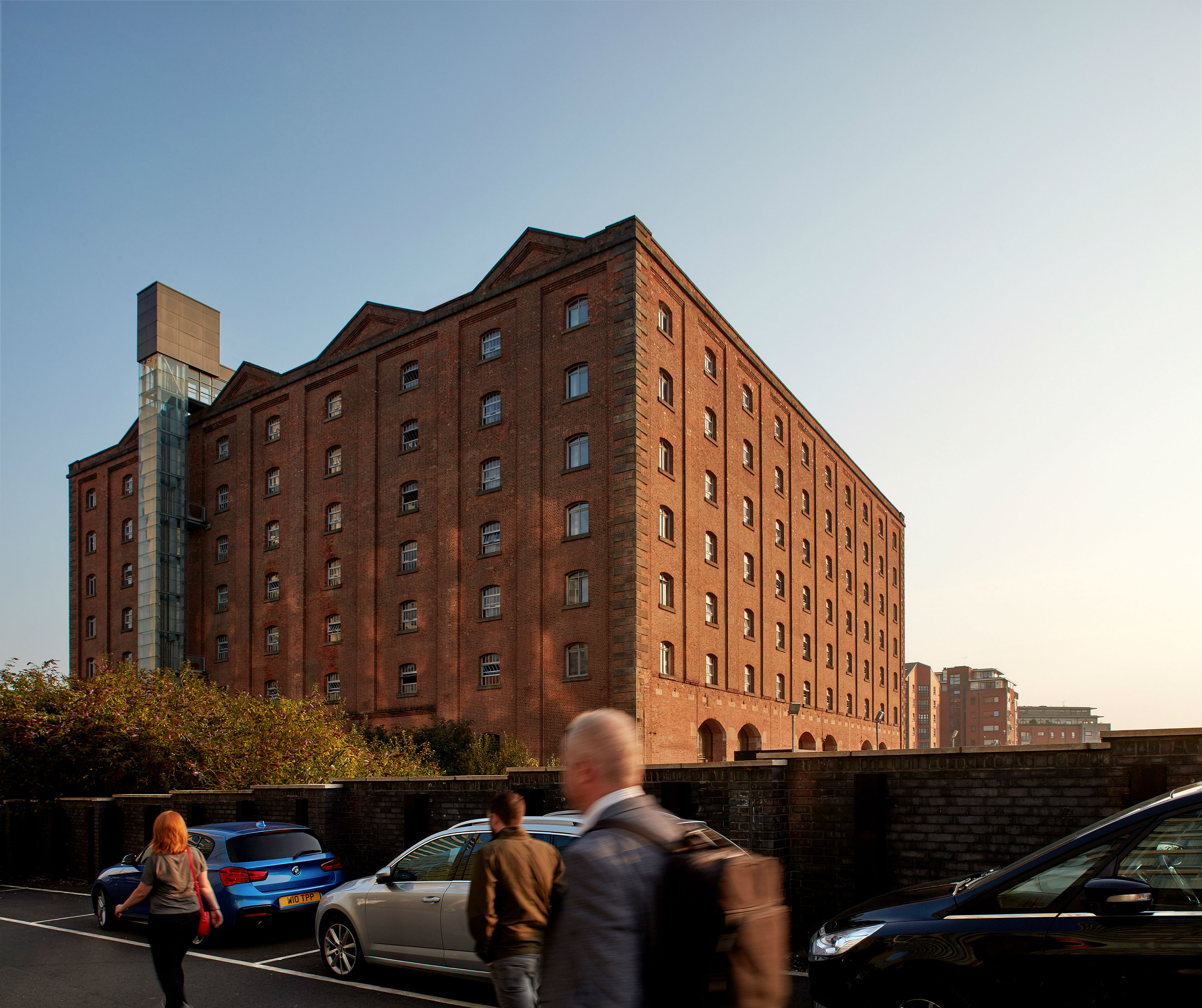 Native Manchester, the newest apartment-hotel from the Native group, has found its home in an Grade II listed former warehouse on Ducie Street

Known for being the place the industrial revolution began, Manchester has changed a lot since the 18th Century – becoming one of the UK’s most exciting cities, renowned for its arts, sports and culture. However, there are still some things that remind visitors of Manchester’s industrial history, including a tall, red-bricked warehouse on Ducie Street.

Built in 1867, the Ducie Street warehouse was one of four that originally belonged to the Manchester, Sheffield and Lincolnshire Railways (MS&LR) – and is now the only surviving structure. Initially the warehouse was used to store cotton bails that arrived from America, before the cotton was sent onwards to London. Over the years its usage has changed, and as of September 2019, the Ducie Street warehouse has taken on a new lease of life: as the latest Native aparthotel.

Spanning 180,000 sq. ft, the innovative new apartment-hotel occupies six floors of the Grade II listed building; the former warehouse has been reimagined by David Archer, of Archer Humphreys Architects – the studio behind Chiltern Firehouse, and the new Standard Hotel in London. As the Ducie Street warehouse is arguably one of Native’s most architecturally impressive buildings, the design team sought to make the most of the light-filled spaces and have accentuated the building’s original features.

Retained since the 18th Century, these features include the warehouse’s original huge, vaulted ceilings; riveted wrought-iron girders; and an abundance of exposed red brickwork. As part of its redevelopment, Archer Humphrey Architects added a glass roof above the central atrium of the warehouse, which filters light down through the tall building as far as the basement floor, and gives guests waiting in the foyer a glimpse of the sky above.

The 166 individually designed rooms range from studio apartments to a collection of eight two-bedroom penthouses, each of which come with a private garden terrace and panoramic views of the city. Within the hotel’s apartments, the design team have created a modern look with a chic, industrial twist that further highlights the building’s heritage. The warehouse’s original, exposed steel beams have been painted powder blue, while gold accents and metal features set off the rich colours of the apartments’ décor.

No matter where guests look, they will see touchpoints that showcase Ducie Street warehouse’s industrial past; exposed barrel arch brickwork can be found in many of the apartments, complemented by a range of 20th Century furniture pieces that have been handpicked or made bespoke by Conran. Parquet flooring lies underfoot, and the apartments come with fully equipped kitchens and bathrooms, giving guests the opportunity to relax and switch off in their ‘home away from home’.

As well as Native Manchester, the Ducie Street warehouse also houses two other businesses – a boutique fitness studio, Blok, and Cultureplex. Open throughout the day and into the evening, Cultureplex is an exciting new hub that features a restaurant, a lounge and bar, a coffee counter called Klatch, an events space, a cinema and an outdoor terrace. With these exciting businesses sharing the warehouse and complementing the hotel’s offering, guests at Native Manchester have everything they need for a comfortable stay at their fingertips.

Offering apartment living with the service and flexibility of a hotel, Native Manchester is the perfect balance between home and hotel, set within Manchester’s historic Northern Quarter. Discussing the newest hotel, founder and CEO of Native, Guy Nixon, says, “This has been an extraordinary opportunity to take one of the great icons of Manchester’s industrial past and turn it into a major cultural and social destination for the city.”