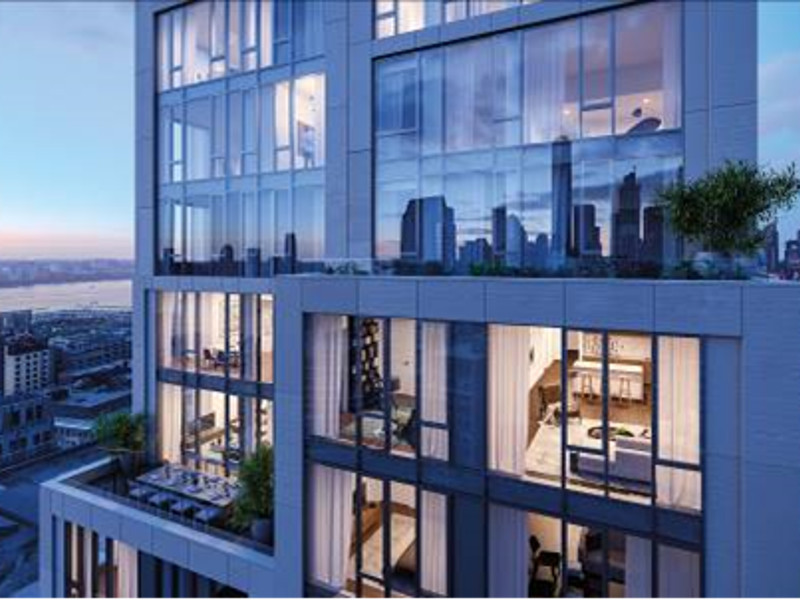 As urban areas become more crowded and populations increase, so too do greenhouse gas emissions. These directly impact on public health and contribute to negative phenomena including global warming and acid rain.

According to recent findings from the United States Environmental Protection Agency, ‘Since 1990, gross U.S. greenhouse gas emissions have increased by about 2 percent’ and, whilst figures have been slowly decreasing in the last few years, emission levels remain unacceptably high. Of the total figure (6,511 Million Metric Tons of CO2 equivalent), transport alone makes up 28% of the total output. Much of this is concentrated in densely populated towns and cities.

The gradual rise in popularity of Green Buildings over the last decade reflects an ever-increasing awareness amongst business, industry and the consumer of ecological issues and concerns, particularly pollution levels and the effects on national wellbeing.

As such, architects, designers and contractors are actively exploring more environmentally friendly solutions for future construction and retrofit projects.

On the Face of It

One area in which extensive research has been carried out is on structural facades and cladding, the building’s first point of contact for elements and man-made emissions.

It was against this backdrop that Neolith® was approached by architectural firm builtd, which was looking to build a 25-storey commercial condo tower, 570 Broome (Soho, Manhattan), in close proximity to New York’s highly-congested Holland Tunnel.

The client specifically wanted to construct a durable building which could withstand both physical damage and both natural and man-made atmospheric deterioration, such as UV-rays and car exhaust fumes. There was also a desire to specify a low-maintenance surface which would not stain over time. These were all performance properties inherent in Neolith’s composition.

More than Meets the Eye Neolith had already been specified as the material of choice for 570 Broome facade when its partnership with photocatalytic treatment manufacturer solutions, PURETi, was announced in spring 2017.

Essentially, the application of PURETi’s water-based, photocatalytic preventative maintenance solution on Neolith slabs enhances its surface, transforming it into self-cleaning air purifiers. This helps to improve air quality and enables Neolith slabs to stay cleaner for even longer.

Furthermore, this ingenious technology has the ability to reduce air pollution by destroying Nitrous Oxides (NOx) and volatile organic compounds (VOCs) that contact the treated stone, solely using the energy from natural sunlight.

Taking the initiative, Neolith’s US team suggested that this innovation would be perfectly suited for the skyscraper, given both the initial design brief and its location in a high-congestion area. This proved to be both relevant and timely to the building’s architects who, quick to see the treated surface’s potential, immediately decided to incorporate it into the façade.

As builtd’s principal architect, Tahir Demircioglu explains: "The initial selection of the Neolith panels was for their lightness and aesthetic qualities, but once we found out it came with this element, we were like, of course! It’s a huge plus that PURETi treated slabs also limits the amount of maintenance required. Instead of using chemicals and power-washing the façade, the material is hydrophilic so it cleans itself."

On A Grand Scale 2,000 sq m of PURETi treated Neolith Jura Limestone (a custom colour produced especially for the project) are being used for the façade on all sides and for framing the three-storey high expanses of glazing on the front of the building. These require sensitive and careful installation using lightweight aluminium frames which provided both strength and flexibility.

As the project is being constructed in a heavily built-up area, with unpredictable weather conditions, a number of regulations need to be met, particularly in regards to New York City’s stringent fire and combustibility code.

Furthermore, sheet resistance tests have been carried out to guarantee the durability of the PURETi application on Neolith surfaces.

Construction of 570 Broome is set to complete at the end of 2018. The complex will comprise of a 54-unit luxury boutique condominiums. The overall design references the area’s rich history through the soaring ceiling heights and a silhouette evocative of staggered cubes.

The Game Changer
Commenting on the significance of the project, Neolith’s Mar Esteve Cortes explains: “This project marks an important milestone in the partnership between Neolith and PURETi. 570 Broome is the first project in which the treated slabs have been specific on such a large scale. It’s truly awe inspiring.”

She continues, “There can be no doubt that this is a game changer in the way that we approach urban planning and construction. We cannot wait to see how it makes a positive impact on the lives of both 570 Broome’s residents and New York City citizens in general. Hopefully, this example will encourage other architects and specifiers globally to consider greener façade options for future high-rise projects.”