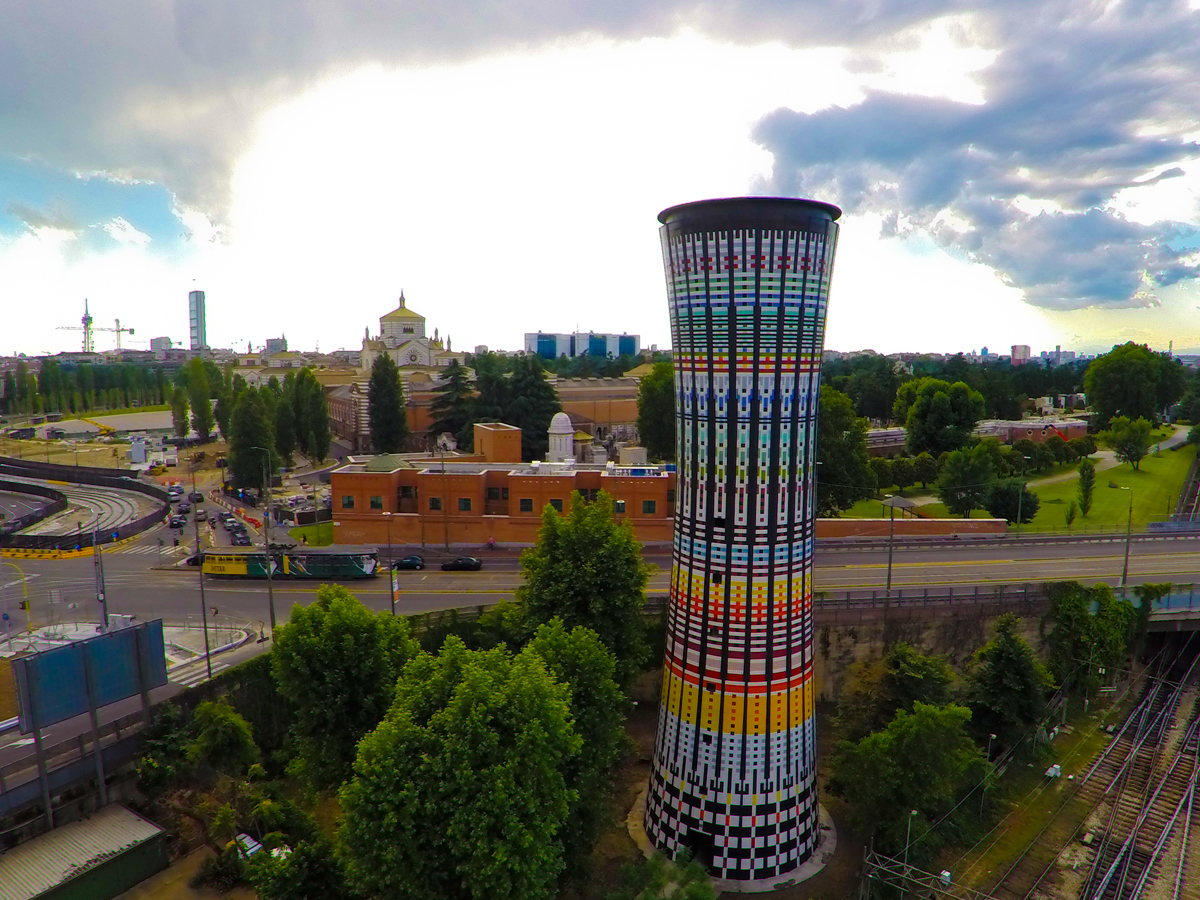 The Rainbow Tower has been modernised for the 2015 Expo

As a gift to the city of Milan, the Torre Arcobaleno - aka the Rainbow Tower - at Porto Garibaldi has finalised its modernisation, with the support of Milan City Council and in association with the Rete Ferroviaria Italiana and Gruppo FS Italiane railway authorities.

Endorsed with over 100,000 coloured ceramic tiles, the Torre Arcobaleno dates back to 1964 and was once an anonymous water reservoir on the site of the FS Milano Porta Garibaldi railway station. The Rainbow Tower was founded ahead of the 1990 football World Cup, turning an oppressed public work into renowned urban icon - encompassing the spirit of Milan. For its rehabilitation in time for the 2015 annual Milan Expo, a collection of top companies banded together to enable the unique tower to regain its original brightness and continue to bring vibrancy to the city. Designed by Original Designers 6R5 Network and installed by Baz-zea-B Construction Technology, Condor, Row Solutions, Mapei and Marazzi, the renovation took just 71 days. All costs were met by the project's partner companies and architects, providing a true gift to the city and its occupants during the busy period of Milan Expo. The Original Designers 6R5 Network designed the Tower as part of its Wonderline project, in which colours have been integrated into a series of international art and architecture projects. The vivacious hues aim to, 'express the desire to inhabit our planet intelligently, creating a harmony between technology, nature, innovation and tradition,' said the studio. Banana Lamps are the star at Studio Job's exhibition in Belgium