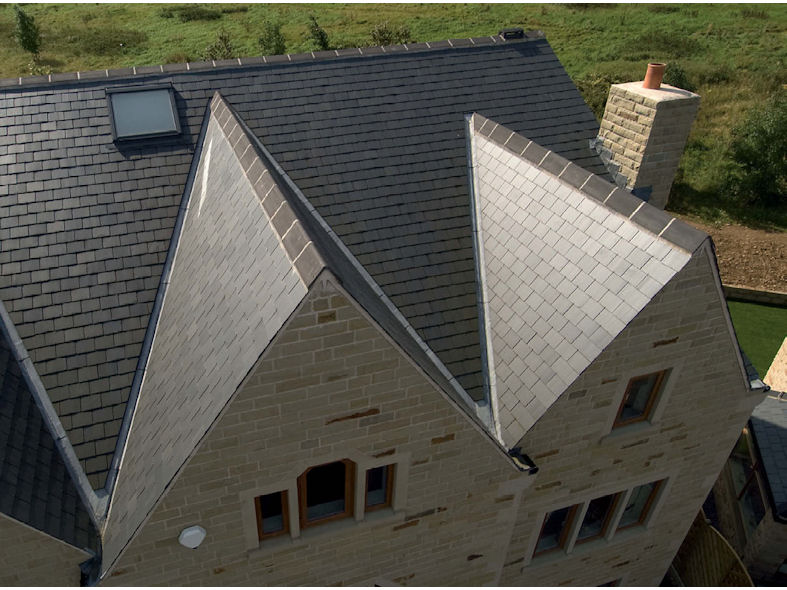 Glendyne slate is produced in the town of Saint Marc du Lac Long, Quebec, Canada. This blue/grey slate is available exclusively from Cembrit.

Glendyne roofing slate has a fast growing reputation for quality due to the exceptional slate deposit and the combination of modern extraction technology with traditional finishing skills. Produced from deposits laid down in the Ordovician era some 500 million years ago this quarry was first opened by British slate quarrymen in the early part of the 20th century. Roofs with Glendyne slate can still be seen today around the area of the quarries, some 90 years later. Re-opened by a local family, Glendyne roofing tiles are manufactured to the highest standards in two thicknesses, Glendyne Fours which are 4 to 5mm thick and available in the following sizes: 508 x 254mm, 457 x 254mm, 457 x 220mm, 406 x 254mm, 406 x 220mm and 406 x 203mm, Glendyne Fives which are 5 to 6 mm thick available in 508 x 254mm. Slate and halves are also available. Glendyne slate will withstand the most severe weather conditions: it is unaffected by sunlight, ultraviolet light and even acid rain. Laid correctly Glendyne slate will last the lifetime of the building and is ideal for use on any major project including supermarkets, schools, city offices and prestige homes.