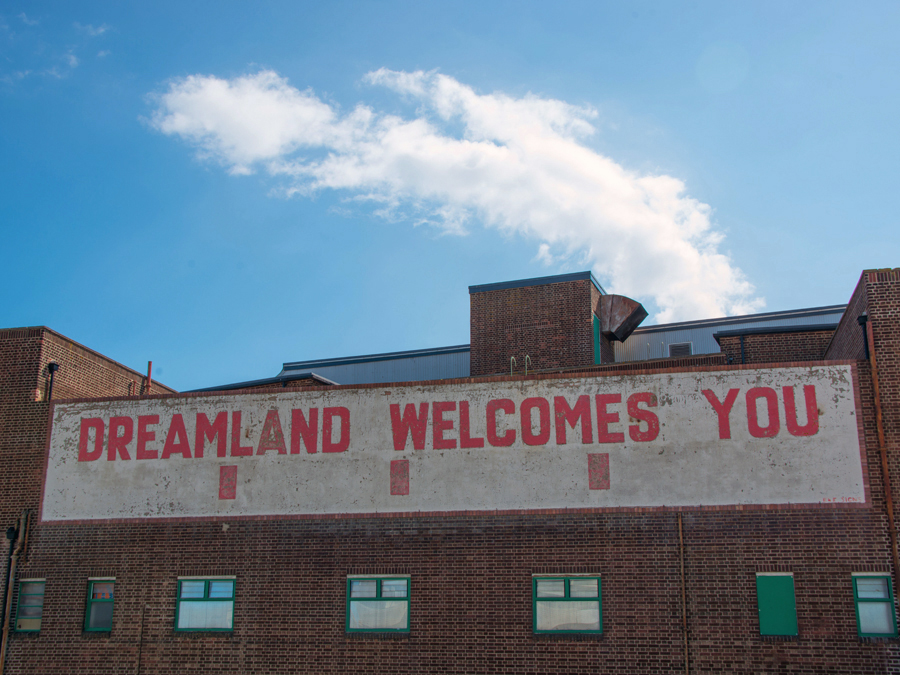 In its heyday in the Sixties, the Dreamland theme park in the Kent seaside town of Margate used to play host to some two and a half million pleasure seekers a year.

But soon after that, with the advent of cheap package holidays, its fortunes took a dramatic nosedive and gradually visitors stopped coming to Margate and the park fell into disrepair and closed.

When it first opened in the Thirties, half a million people queued up to ride it's wooden scenic railway in the first four months, but in 2008 that same scenic railway was destroyed by fire and it looked like any future for Dreamland with it.

Not so. Due to massive effort, from the people of Margate through to the local council, the park is set to be reborn three week's today on 19 June 2015. Designer and king of seaside kitsch, Wayne Hemmingway, of Red or Dead fame was drafted in four years and go and now it will reopen as a nostalgia theme park with 18 rides and cool old pleasure park and circus memorabilia begged, borrowed and ebayed from all over the country. The central attraction will be an exact replica of the scenic railway, reborn phoenix like with the help of Heritage Lottery Funding.

Blueprint editor, Johnny Tucker, visited the site -- camera in hand -- with just three weeks to go and found a building site rather than a theme park, but the people behind it are completely convinced they'll hit the opening date and are getting ready for the biggest party Margate has seen in many a moon.

In the next issue of Blueprint Wayne Hemmingway gives a personal account of the rebirth of Dreamland, but for now here's Johnny Tucker's photo essay of where it's at with three weeks to go...