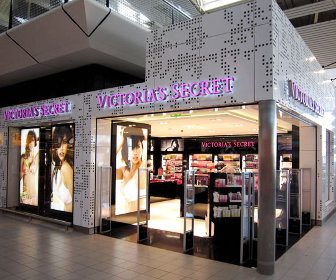 Speciality retailer of lingerie and beauty products Victoria’s Secret has unveiled its first European store on 12 June 2011 at Amsterdam's Schiphol Airport in Netherlands.

The design of the new facility spanning 70 square meters incorporates an elegant and modern look. The facade of the store sports a contemporary appearance featuring shades of dynamic pink and black. The interior of the store too, bears a modern touch with its gallery of black and white Victoria’s Secret Supermodel imagery.

The facility will offer products such as makeup, tights, shirts and accessories excluding lingerie and dressing rooms owing to its short space. The store is part of Schiphol's Lounge 3 refurbishment project which is due for completion by July 2011. The expansion of Lounge 3 will provide over 20% of additional commercial area with several new concepts to the Schiphol retail, and food and beverage sector.