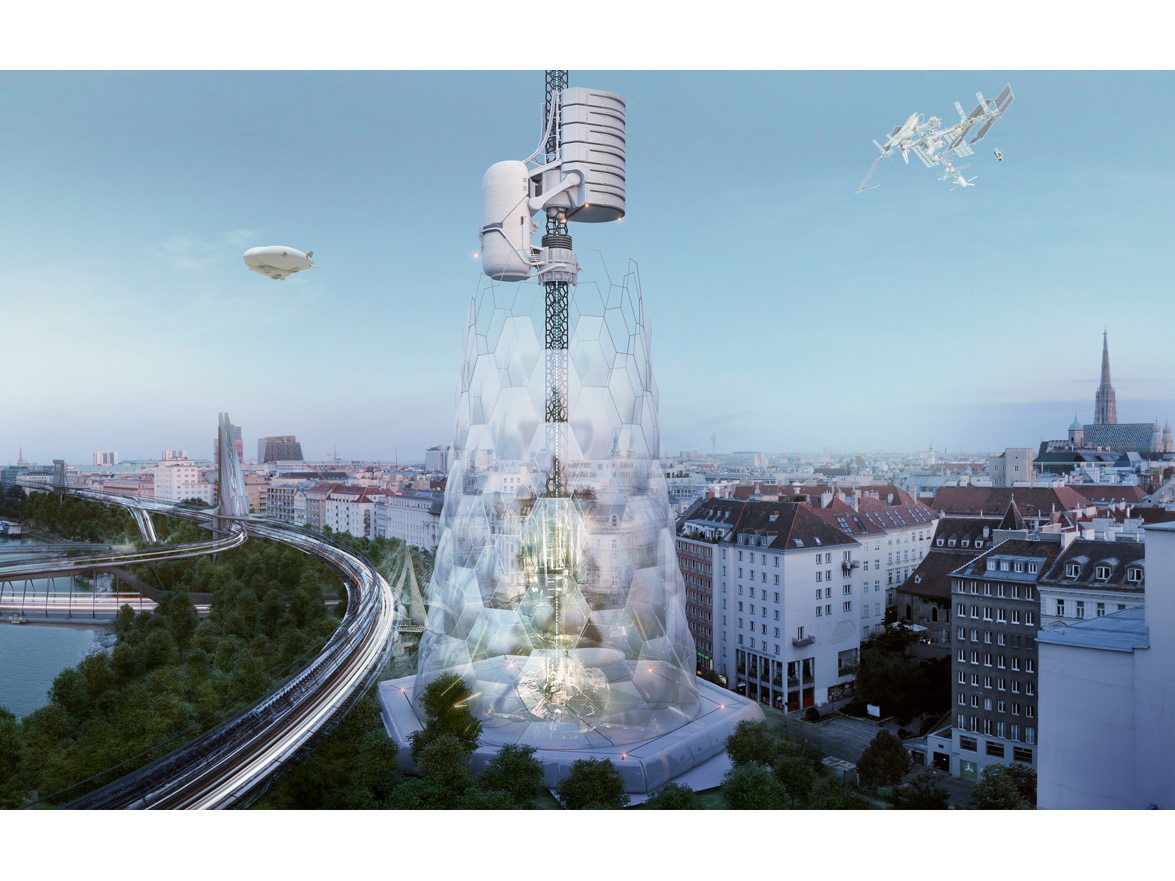 As part of the space series, DesignCurial projects you into the future with the space elevator concept after talking with internationally acclaimed space architects Dr Barbara Imhof and Tomas Rousek

Similar to concepts like Star Trek's 'beam me up Scotty', the future holds a similar vision with the space elevator.

We, as humans, would be capable of constantly sending people into space without the need for costly rockets.

Much like the elevator at the Eiffel Tower, the space elevator concept would be created on a much larger scale, the size of a small family home perhaps.

Although far into the future, Dr Barbara Imhof, principal managing director and design architect at LIQUIFER Systems Group, speculates how the space elevator would be designed, and what this would denote for the future of space travel.

Read: The space series: What will our homes look like on Mars?

City As A Spaceship. Base station of a Space elevator. Image: Damjan Minovski for LIQUIFER Systems Group, 2012

Picture a small family home crafted from a series of carbon nano tubes that form a pressurised cabin. The carbon nano tube would of course, require being in a very large quantity to cover the distance from earth's surface into low orbit.

The elevator's 'rope' would be connected to, say, a small island in the pacific, and have a counterweight in earth low orbit. Transferring from earth's one bar pressure environment into the zero pressure of space means you are shifting into a vacuum and require a pressure chamber.

Travellers would enter the elevator and as they slowly became weightless would have to fasten their seat belts.

To have an operating space elevator would mean that we could transport people and goods into low earth orbit on a continuous basis, and then launch spacecraft from here. Having orbital platforms to launch further into space would significantly cut down costs as it is extremely expensive to lift large masses off of earth's gravity due to having to overcome the gravity.

A futuristic concept, the idea of a space elevator is not entirely far-fetched if the architectural community are already dreaming up these designs. As Rousek, founder of international design company XTEND and space architect at ESTEE, has said, 'we're currently in the medieval ages' of space design and exploration, therefore perhaps we should look at it from the bigger picture.

Main image: City As A Spaceship. Base station of a Space elevator, courtesy of Damjan Minovski for LIQUIFER Systems Group, 2012