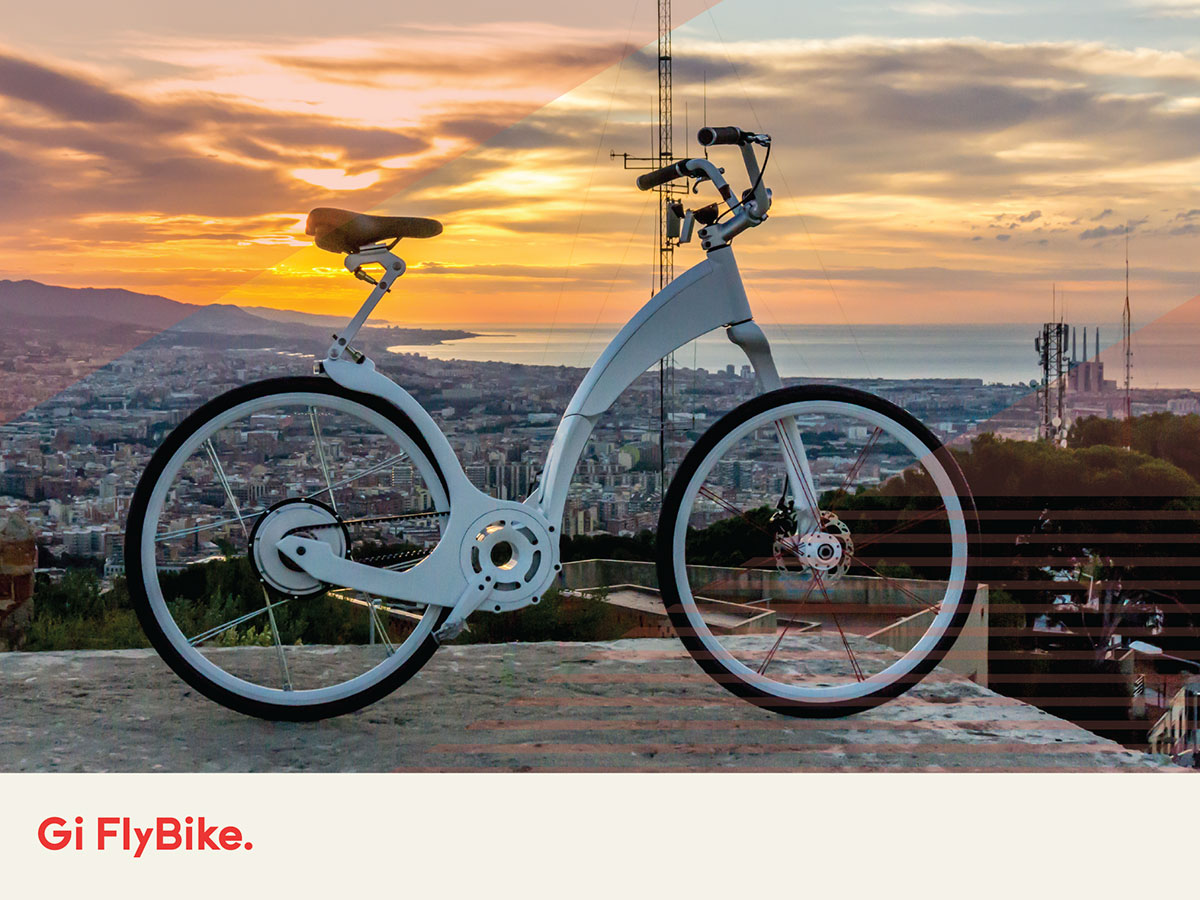 A new initiative that challenges traditional bike design has created the world's first foldable electric bike - the Gi FlyBike - in a bid to change the urban commute.

Designed by three friends - Lucas Toledo, Agustín Agostinoy, and Eric Sevilla - the Gi FlyBike is packed with features to cater to every modern need. Eco-friendly and lightweight at just 16.8kg, the Gi FlyBike is mobile phone integrated, capable of folding in just one second and features three speeds of electrical assistance, allowing riders to travel up to 40 miles on one charge.

Additional features include a GPS tracking system, iOS and Android sync (where smartphones can turn into a navigating system), USB phone charging and a smart lock anti-theft system.

The Gi FlyBike is crafted from 100% recyclable aircraft grade aluminium alloy and manufactured with the a CNC machine - the same used in airplane manufacturing.

To designer trio have taken this energy-efficient bike even further, where every time you pedal the energy produced is reused to charge your phone.

When pedalling, the smart electric engine will assist in propelling you up hills to ensure a smooth commute with three different speeds and can reach a maximum speed of 15mph. The brushless 250 watts 36-volt hub motor is manufactured by Bafang.

Devised in Argentina, the idea for the bike came to the three friends following a national strike that paralysed the entire nation's public transport system. This spurred on the creative juices to create an alternative form of commuting, modernising the traditional bike. 'We are so proud to announce Gi FlyBike and offer a better, more enjoyable solution that reimagines the way we think about our daily commute', says Toledo. 'Gi FlyBike is an all-in-one bicycle that fulfils your tech savvy needs, adapts to your city, looks incredibly sleek and stylish, and ultimately promotes a greener and better world.'

Gi FlyBike is available for pre-order on Kickstarter today with a goal of $75,000. Having already hit its funding goal, the bikes will ship in the summer of 2016. The current price of the pre-order is $2,290USD with an expected $3,000 once shipped (early birds were $1,990USD however have been sold out).

The garden of the future