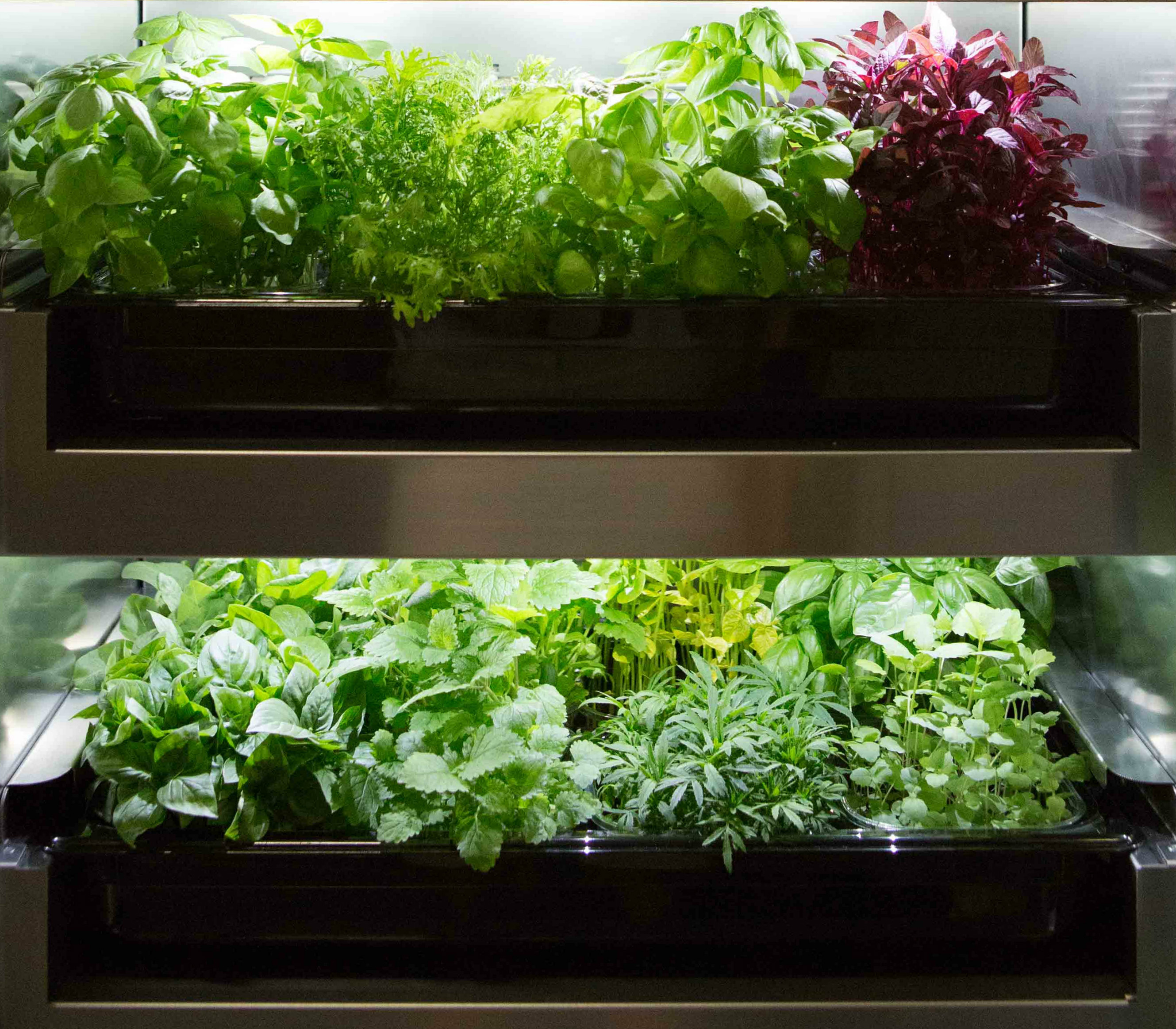 We speak to Paul Greening, the head chef of Japanese restaurant aqua kyoto, to find out why – and how – he began to grow rare Japanese plants in the restaurant’s kitchen.

Situated in Regents Street, London, the renowned contemporary Japanese restaurant aqua kyoto has recently taken an environmental step forwards with the launch of its new ‘home grown’ menu. By installing Generation Four Evogro systems – an indoor plant growing system – in its kitchen, the restaurant has brought rare Japanese ingredients to the city, and cut their carbon footprint at the same time.

Leading this innovation is Head Chef Paul Greening, who has developed a complex menu of “field-to-fork” dishes using Japanese herbs and plants – some of which wouldn’t be commercially available in the UK without this new farming system. Greening himself has a background in microbiology; since becoming a Chef and working with aqua kyoto, he found that he was increasingly “concerned about the amount of Japanese vegetables coming [to the UK] from Japan”.

Greening “decided [that] the best thing to do is start growing the products from Japan” in the UK, taking inspiration from the vertical farms that are common in Japan. “You see some companies that have their own vertical farms, and they are growing food and eating it in the canteen,” he says. “I thought it would be a great idea to do that here.”

The new urban farming systems are now at home in aqua kyoto’s kitchens, which Greening says has changed the space – and staff – as the restaurant becomes used to the innovative designs. “There are four farms at the moment – I would like more, of course,” laughs Greening. “What was amazing was that the Evogros have been added to previously unused areas. They were the exact size that we needed [for the space], so it looks like they’ve been custom made but they haven’t.”

“[They] were so bright that it was giving people headaches in the kitchen so we had to put filters on the glass,” he continues. “Everyone is getting involved. We’ve got a water irrigation system and fans so we can control the temperatures; we’ve got lights on all levels, and little cameras above to do motion capture, so we can see the plants grow.”

As well as becoming a new exciting, element of the kitchens, these Evogros have also been designed to be extremely sustainable, reducing the restaurant’s carbon footprint. “We’re use low [amounts of] energy; we use recyclable products like vermiculite and coconut husk, and [the Evogros] allow us to grow plants with no pesticides, no contamination. The emphasis is [on creating a] zero carbon footprint,” mentions Greening. The coconut husks in particular are important, because there is no soil used in the hydroponic systems. Instead, the coconut husk “holds its moisture really well, so that’s what we use it for.”

Greening explains that the benefits of growing the plants in the restaurant where they will be eaten is extensive, and is one of the reasons why the product is so ethical. “It opens up so many possibilities,” says Greening. “The great thing about it is that the nutrient content is really high - there are no GMOs and no pesticides. I think for the value it’s incredible… and what really comes to light is that all of it is free. We don’t pay for the plants so it lowers the cost of the product.”

“If I brought these [plants] from Japan, it would cost about £150,” he continues. “A lot of the plants are eaten in Japan quite a bit - and we don’t have to rely on markets that are 15,000 miles away. What we are growing is completely authentic.” For example, Greening points out a plant called Wasabina; “we had some Japanese guests here about a week and a half ago, they said it is the best Wasabina they have ever tried - even from Japan!”

As well as growing food for aqua Kyoto’s menus, the new urban farms are being used as research test labs to find a model that will work for the other aqua restaurants internationally. “We are doing a lot of testing of products to see how they work and how they grow,” says Greening. “We’ve also got a lab in Maidenhead, where we’re growing turnips; we’re looking at doing cross-pollination of the Mara Des Bois strawberry with a Japanese variety. It is a lot of trial and error - we’re doing trials here to see how effective it [can be].”

With full crops of plants now growing in aqua kyoto’s kitchen, Greening suggests that this type of urban farming could be the future of food. “This could be the fridge of the future – you’ve got your fridge and you’ve got your growth cabinet next door, which is irrigated into your system,” he declares. “You could grow your own vegetables at home using low energy levels; there’s no carbon print and no travel cost. You’re in control and you have the best possible product – who needs to buy salad anymore when you can pick what you need?”