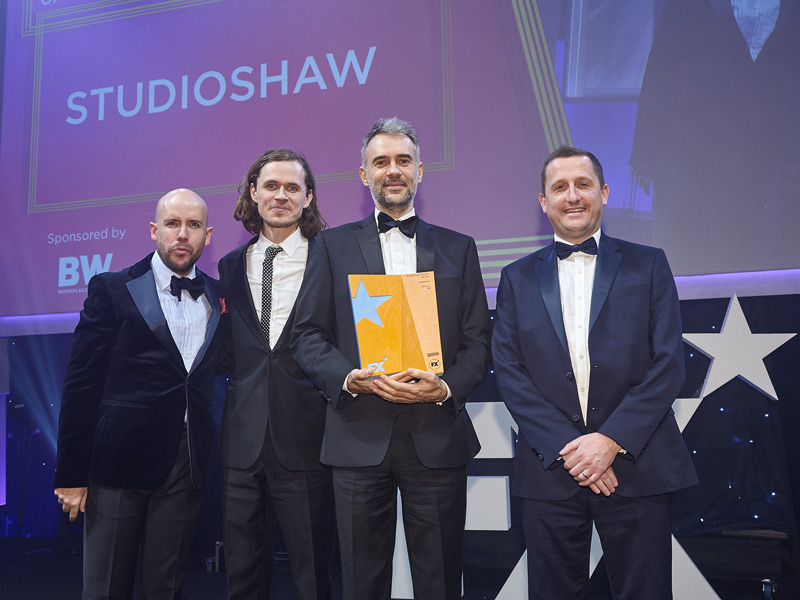 Updated for the deadline extension: It’s not long until the entry deadline for the FX Awards 2020, now closing at midnight on Friday 14 August.

Each year FX invites both UK and international design talent from all over the world to enter the very best of interior products and projects. We also have a new category this year: Build to Rent and Private Rental Sector, sponsored by Forbo. We invite architects, designers and developers to enter all their projects from the past two years for this and all our other categories.

While the party has been cancelled because of COVID-19, there will still be FX Awards winners for every category! We have recruited a brand new panel of 25 committed judges, all experts and industry leaders, and they are eagerly awaiting your submissions.

And don’t forget our four all important reader-voted categories: Product Designer of the Year, Breakthrough Talent, Interior Design Practice of the Year, and Outstanding Lifetime Contribution to Design. These are not voted by our judging panel, but by FX readers worldwide, so your vote counts and is most definitely needed! Last year you voted for Adam Nathaniel Furman, Studioshaw, Softroom and Sarah Wigglesworth respectively – so we certainly trust your judgement!

All the FX Award winners will be announced on 25 November 2020. For more information, and to vote and enter online visit: fxdesignawards.co.uk Pilbrow & Partners has been awarded planning permission to restore and adapt a Grade II* listed cinema in Walthamstow.

The 1929 cinema was designed by Cecil Aubrey Masey and Theodore Komisarjevsky, and has been a music hall, a cinema, and a music venue – hosting acts such as The Beatles and Rolling Stones.

Structural repair is required to restore the fabric of the building that has been vacant since 2003, while the adaptations will create a new flexible performance space as well as a double-height entrance foyer, the new Ziggurat Bar and a restaurant, as well as providing full disabled access to the venue.

Founding partner Fred Pilbrow commented: ‘Restoring the Walthamstow has been one of the most complex yet rewarding projects we have undertaken.’

The practice has been working on the proposal for four years, with Soho Theatre, Waltham Forest, Willmott Dixon, and Historic England.
pilbrowandpartners.com Regeneration specialist U+I has submitted plans for a major mixed-use scheme on Greenwich Peninsula, to include 1,500 new homes, six acres of public realm including a landscaped park along 275m of the River Thames.

Also included is a three-acre riverfront park to be named Morden Park, while Morden Wharf, designed by Dutch architects OMA, will comprise 12 high quality tenure-blind residential buildings alongside commercial, retail and community spaces. The Thames Path, which runs along the park, will be widened significantly to 6m, with 3m for pedestrians and 3m for cyclists. Elsewhere in the scheme, public space will be kept for pedestrians and cyclists, but underground parking will be available.

Where the Thames Path meets the main east-west boulevard, there will be a new public square that will host seasonal markets and events.

In Morden Wharf there will be play and recreation space designed for all age groups, helping to rectify an existing deficit in open space.

Of the 1,500 homes, 35% will be affordable, including a mix of private sale, shared ownership and London Affordable Rent, which will focus on family homes.

Looking to create 1,100 permanent jobs, there will be a mix of commercial and retail units, with flexible spaces for SMEs and creative businesses, a new pub, as well as a ‘potential’ children’s nursery.

The plans await approval from the Royal Borough of Greenwich, and follow consultation with the local community and key stakeholders.
uandiplc.com

Enter the Brintons and FX competition With the extended deadline of midnight on 30 September 2020, there are two months left to enter the carpet design competition from British carpet manufacturer Brintons and FX.

The competition offers a unique opportunity to have your design for a commercial carpet for use in the hospitality market made by Brintons’ factory. In addition to having your design made there are cash prizes of £500, £200 and £100 on offer.

The theme for the competition is your interpretation of the word ‘ritual’ – as it means to you, whether that be something everyday, spiritual or cultural.

The winners will be announced on 19 October 2020. For more information and to enter, visit: www.brintons.net/fx-competition

The disruption caused by the pandemic has led to the decision by Tate Britain to share the prestigious award’s £100,000 prize among 10 recipients as bursaries, instead of selecting one winner for 2020. There will be no Turner Prize exhibition this year, but the bursaries act as a ‘vote of confidence’ in the work of the selected recipients, explains Alex Farquharson, director of Tate Britain: ‘Following a lively and rigorous virtual debate, the jury has settled on a list of 10 fantastic artists who reflect the exceptional talent found in contemporary British art.’ Working across ceramics, performance, film and photography, the artists are: Arika, Liz Johnson Artur, Oreet Ashery, Shawanda Corbett, Jamie Crewe, Sean Edwards, Sidsel Meineche Hansen, Ima-Abasi Okon, Imran Perretta and Alberta Whittle. There was no single winner for 2019 either, with the four nominated artists deciding to split the prize equally.
tate.org.uk

Duravit AG has appointed Stephan Patrick Tahy as its new CEO, succeeding professor Frank Richter. Tahy was previously CEO of De-Longhi GmbH Germany, and before that vicepresident and general manager at Mattel. Gregor Greinert, chairman of the supervisory board of Duravit AG, said: ‘We are delighted with the appointment of Stephan Tahy, who is a dedicated, high-calibre successor to professor Frank Richter, and who will continue to advance Duravit’s highly successful development. We are really looking forward to working with him. We would like to thank Frank Richter for his outstanding contribution over many successful years.’
duravit.co.uk

The judging panel for the 2021 edition of the Surface Design Awards has been announced. The co-chairs will be Steve Webb of Webb Yates Engineers and Basha-Franklin’s creative director Nicola Osborn. The co-chairs are responsible for recruiting the rest of the judging panel. Webb has invited Sarah Castle from IF_ DO, Joseph Henry of GLA’s Regeneration Team, and Architecture Initiative’s Lee Mainwaring; Osborn has invited Nic Fallows of BNF Capital, Simona Auteri and Sofia Steffenoni from Matter of Stuff, and Kresse Wesling MBE from Elvis + Kresse.
surfacedesignshow.com