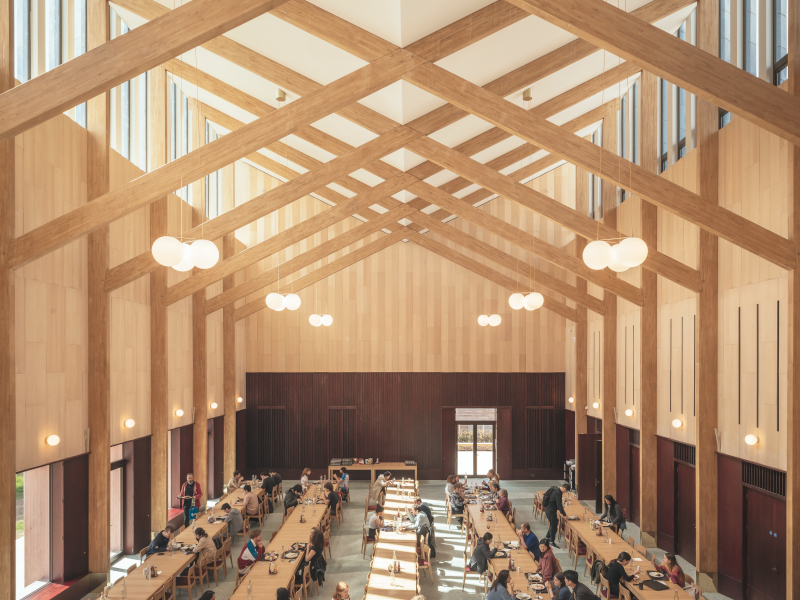 The bright and airy dining hall transforms into a dramatic evening setting reflecting its traditional ceremonial role, with views out towards mature trees and an ancient meadow. The hall provides daily dining for students, staff and visitors, together with hosting formal dinners throughout the year. The new buttery seats up to 60, serving as a cafe.

Edmund Fowles, the director of the London-based practice, said: ‘Creating the dining hall at Homerton College has been an extraordinary journey for the many involved. The design of the hall is symbolic of Homerton’s progressive character and bold ambitions, yet simultaneously in conversation with the rich architectural heritage of Cambridge.’
www.feildenfowles.co.uk 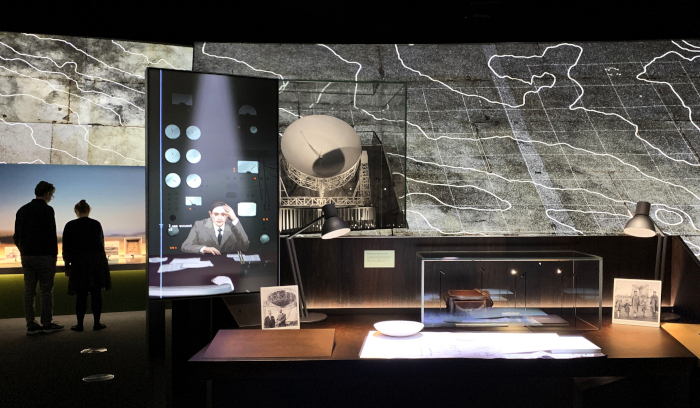 Visitors can now engage with the fully immersive and interactive exhibition, ‘The Story of Jodrell Bank’, in the new purpose-built First Light Pavilion.

Part of a £21.5m project to open up the inspirational heritage of Jodrell Bank to a new generation of visitors, the world-class exhibition is housed in a new building designed by architects Hassell Studio. Conceived together, the exhibition and pavilion have been designed as one holistic presentation of the inspiring, human story of the pioneering observatory, home to the iconic Lovell Telescope.
www.cassonmann.com

Heritage British furniture manufacturer Ercol has a new chairman after Edward Tadros stepped down from the position in July. 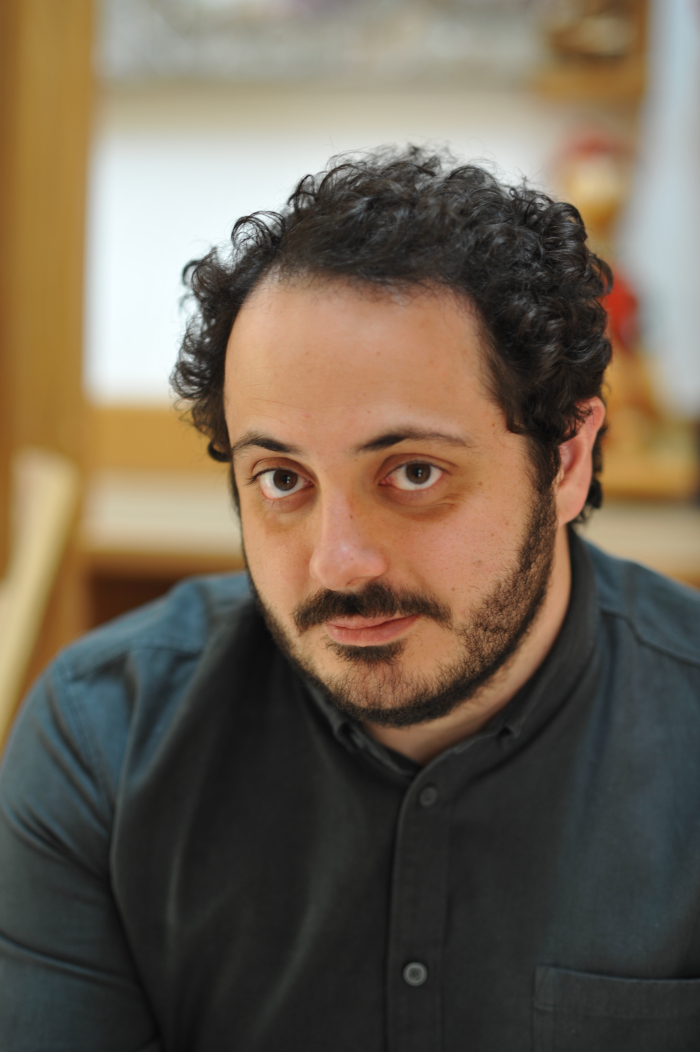 Henry Tadros – Edward’s son and great grandson of Ercol founder Lucian R Ercolani – has taken over as chairman for the business.

Edward commented: ‘This is my 49th year in the company and my 29th as chairman, so it is clearly the time to make sure I am acting in the best way to ensure the success of the next generations in the family and our company. I am remaining on the board and will continue to work alongside Henry and the team. I am sure you will join me in wishing Henry and the team across the whole of Ercol the very best for the future.’
www.ercol.com

Edge has completed a new head office for British lifestyle brand Joules in Market Harborough, where the brand was established more than 30 years ago.

The development sees the partial demolition of a-typical ‘edge of town’ office building and the creation of a new 5,574 sq m structure that brings the UK-based head office teams together under one roof for the first time. The new campus amplifies the brand’s distinctive heritage and optimises the site’s semi-rural natural surroundings.

Edge designed the new Joules campus as a series of independent but interconnecting barn structures that are assembled around a central covered space. Each component barn or building has its own unique character, reflected in its scale and massing, its materials and finishes.
www.edgegb.com

Arper exhibits The Project of Living at Salone del Mobile

The pieces on display were presented as part of Arper’s rethink of physical spaces and relationships, with a project tracing a new direction it called The Project of Living. 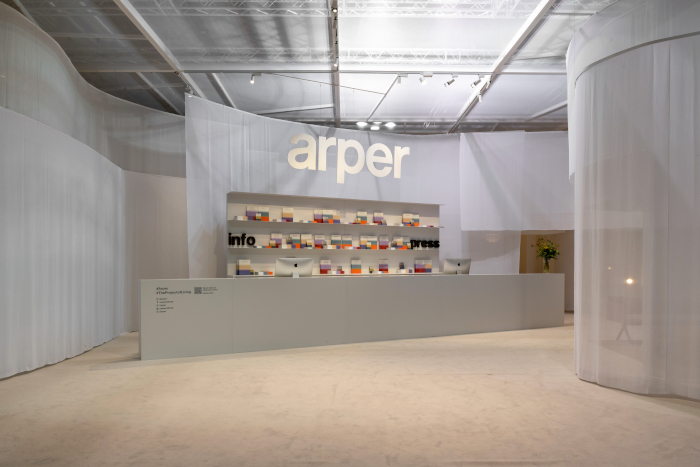 Addressing the blurred boundaries between home and work, the exhibition explored how spaces need to address different criteria, including flexibility, sustainability and inspiration.

To lead the project, a creative team composed by Studio MAIO, with the artistic direction of Studio Altherr and styling by Leandro Favaloro, Arper’s exhibition space at Salone del Mobile interpreted The Project of Living by creating a ‘fluid atmosphere’.

Visitors could move freely and easily from one space to another, while ‘immersed in an experience of energy and positivity’, Arper said.

More information on Arper’s new collection can be found in FX’s Top 10 on page 018.
www.arper.com

Have you entered the FX Awards yet?

Time is running out to submit your entries into the next edition of the FX Awards.

The deadline for submissions is 29 July 2022, with winners being announced at our dazzling awards gala, which returns to the Grosvenor Hotel on 30 November. 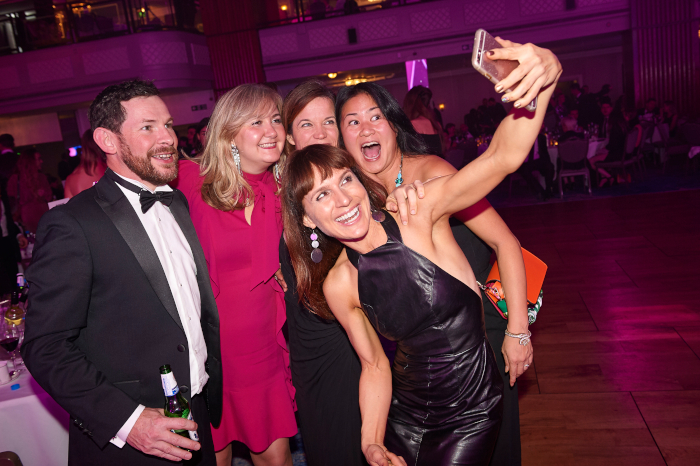 We have categories for architects, designers, suppliers and specifiers. We also have categories for projects and products for international retail, leisure, office, public sector and hotels – there are opportunities for you to enter your work whatever sector you’re in!

Enter now and get ready to win! Visit the FX Awards website to enter and for more information on the awards, as well as table bookings. Good luck!
www.fxdesignawards.co.uk

The Furniture Makers’ Company has awarded the latest recipients of a Design Guild Mark (DGM), as well as the winners of the Jonathan Hindle Prize, at an awards ceremony during CDW in May.

DGM recipients Fourfold, designed by Barry Jenkins for Ocee International; Swell, designed by Jones & Partners for The Collective Agency; and Hotaru, designed by Edward Barber & Jay Osgerby for Ozeki Lantern, were announced as the winners of the Jonathan Hindle Prize for outstanding design.

Other recipients of a DGM, which is divided into three categories – furniture, 2D design and lighting design – and judged by a panel of judges, are Kaya, designed by Morgan Studio for Morgan; Northward Bound Carpet Tiles, designed by the Milliken design Team for Milliken Industrials; and Joseph Collection, designed by Michael Young for EOQ.

23 DGM were awarded by the company – the City of London livery company and charity for the furnishing industry – to drive excellence and raise the profile of British design and innovation. It recognises the highest standards in the design of furnishings in volume production.

The Jonathan Hindle Prize is awarded to the most outstanding of the year’s Design Guild Mark awarded pieces in the furniture, 2D and lighting design categories. 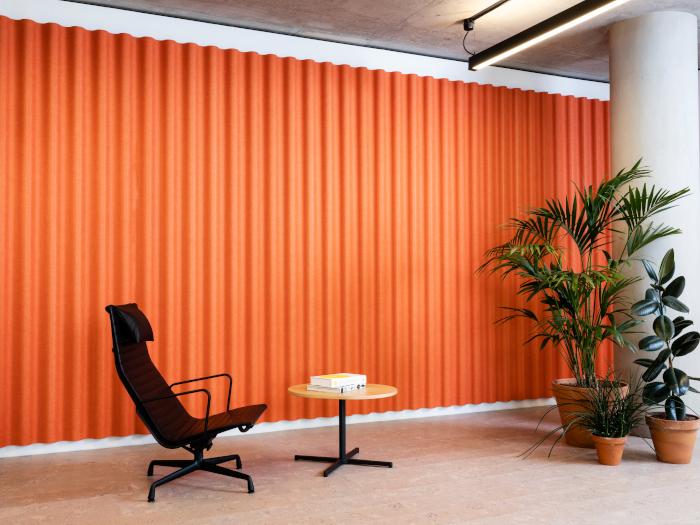 Your Move
Designed by Jon Christie for Flip the Script Furniture 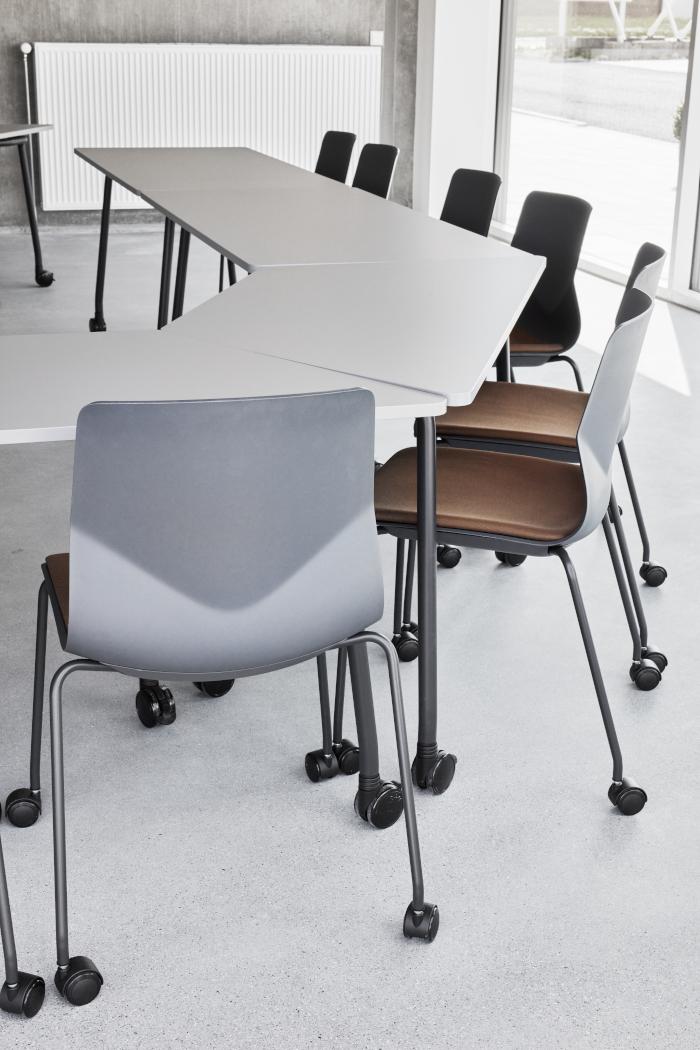 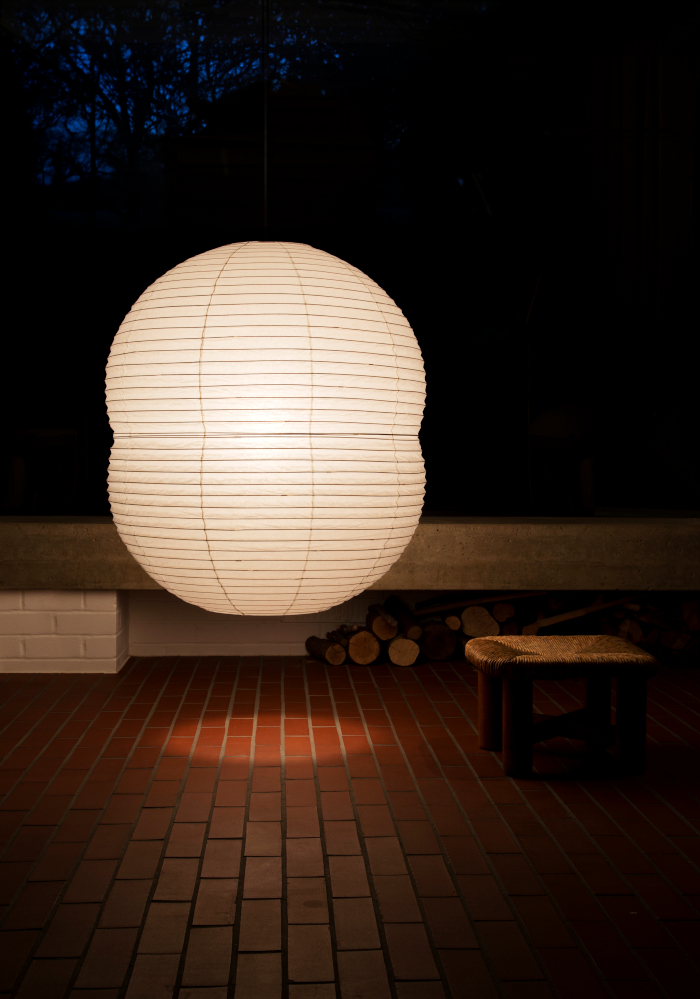 PORTS
Designed by Tom Lloyd and Luke Pearson for Bene

The Davenport Bureau
Designed by David Irwin for Another Country

The Tetbury
Designed by Garry Smith for The Cornish Bed Company 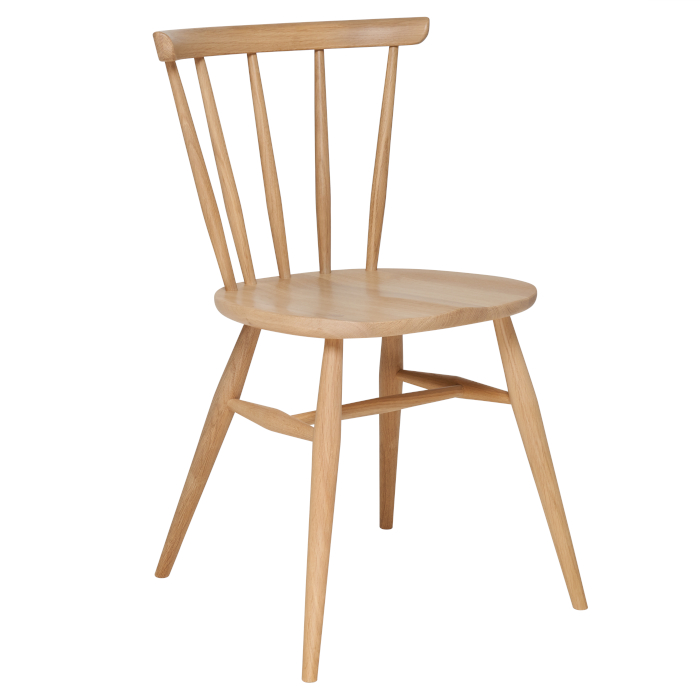 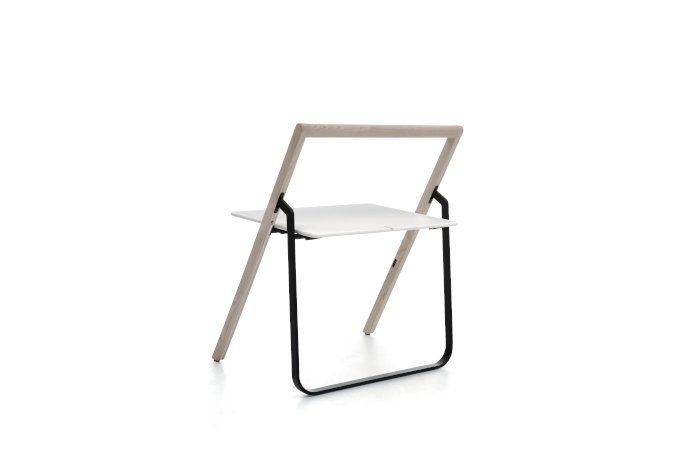 Swell
Designed by Jones & Partners for The Collective Agency 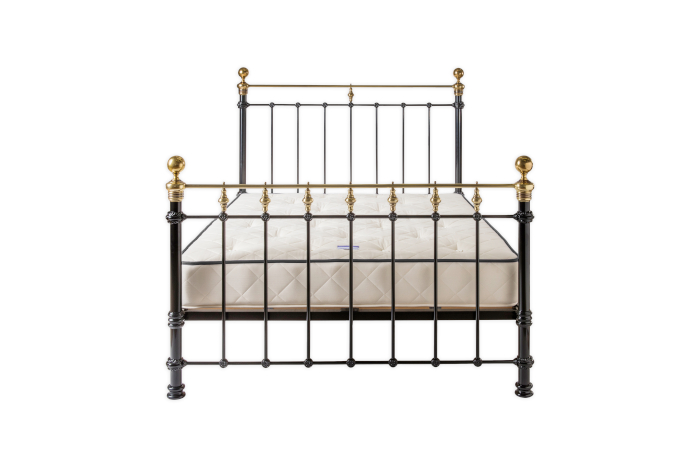 Image Credit: THE TETBURY, DESIGNED BY GARRY SMITH FOR THE CORNISH BED COMPANY??????? 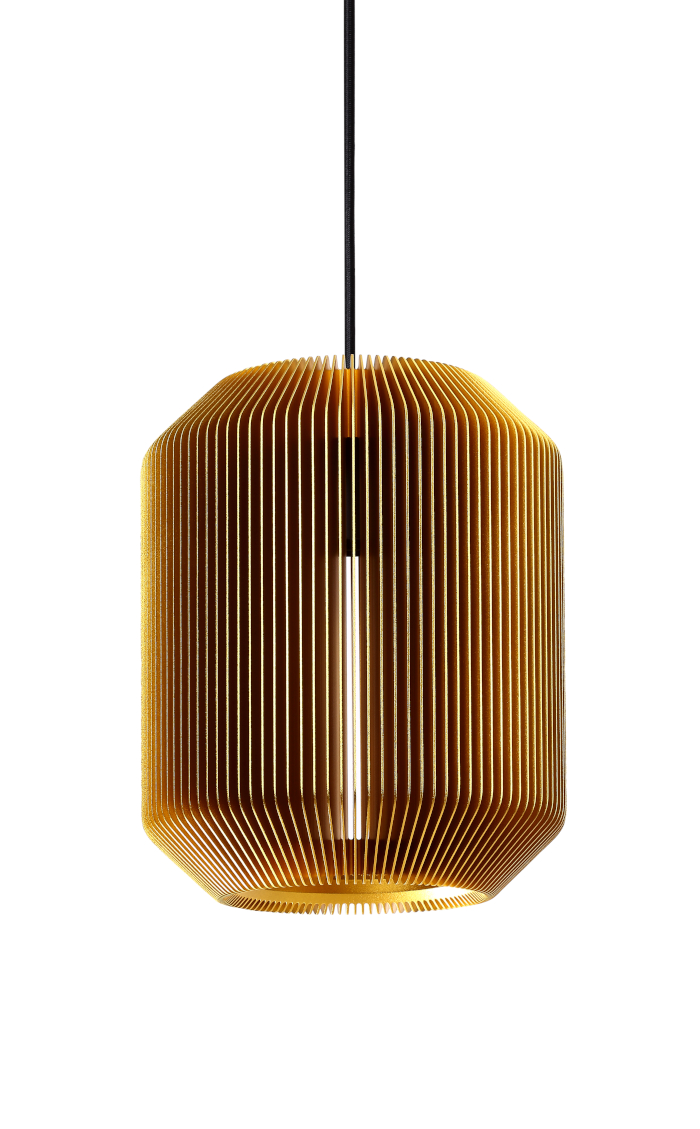 Swell, designed by Jones & Partners for The Collective Agency 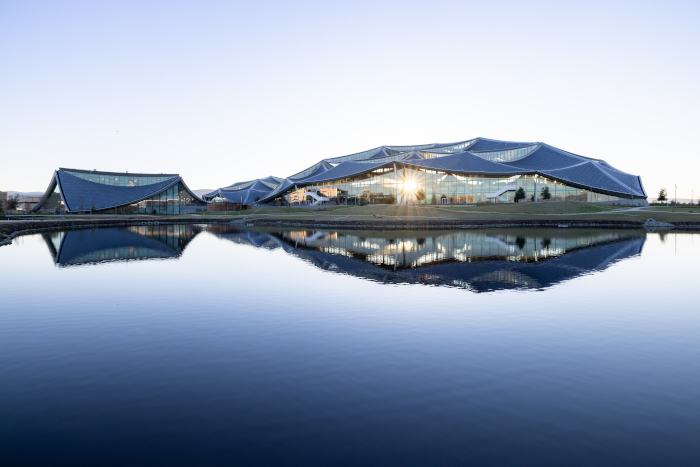 The design balances team work with deep-focus work, which sees team spaces on the upper level, separating focus and collaborative areas while still providing easy access to both.

The campus incorporates biophilic design principles, including greenery, natural daylight and views outside from every desk to improve the health and well-being of users inside the building. Clerestory windows modulate direct light onto desks with automated window shades that open and close over the course of the day.

The ventilation system uses 100% outside air, with a one-way air flow system meaning no air is recycled.

Jestico + Whiles has completed a dynamic £40m West Hub, on the University’s West Cambridge Site. The project represents the start of a radical transformation of the research campus to create a new and lively destination quarter in the city – the West Cambridge Innovation District.

The West Hub, which is now open, sits at the heart of the emerging Innovation District, offering a unique meeting place for people to connect and socialise, and marks a new university approach to learning spaces and shared-used resources. Open and accessible to everyone at the university, as well as to members of the public, the co-working hub will enable new ways for academics, researchers, students, businesses and the wider community to share, learn and collaborate through the flexible spaces it offers.
www.jesticowhiles.com

The Royal College of Art has unveiled its new campus in Battersea, London, which marks its most significant campus development. 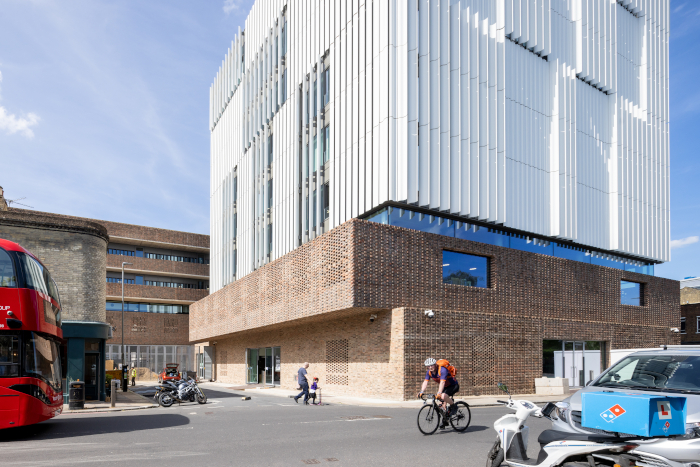 The £135 million campus is designed by architects Herzog & de Meuron, with the building marking a critical point in the RCA’s transformation into a STEAM (Science, Technology, Engineering, Art and Mathematics) focused postgraduate university.

Its art and design institution is expanding into computer and materials science, robotics, advanced manufacturing, complex visualisation and data science, and intelligent mobility.

Sir Jony Ive, chancellor, Royal College of Art commented: ‘The dynamic created by this new building is remarkable. Our working environments have a powerful influence on the way we create and collaborate, and I am so excited for this new chapter in the life of the college and the inspirational work its graduates will bring into the world.’
www.herzogdemeuron.com | www.rca.ac.uk