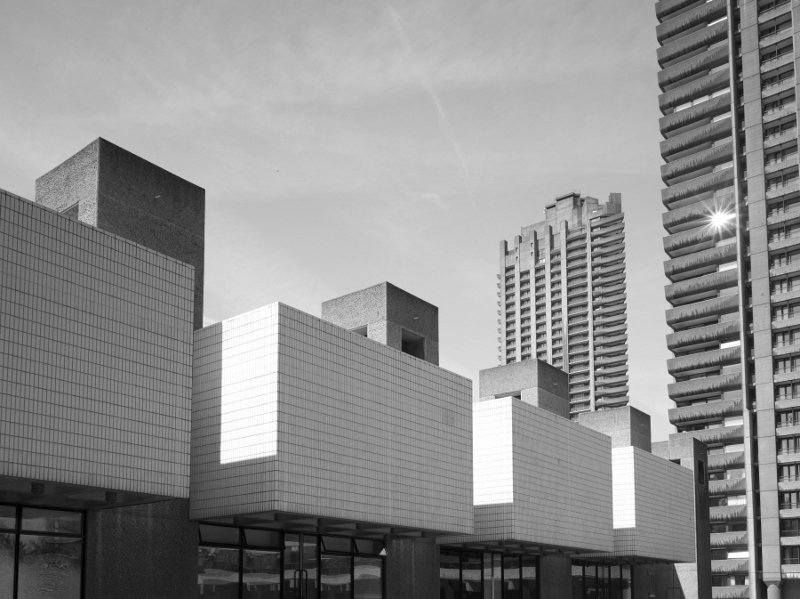 Perhaps the most divisive movement in architecture, Brutalism - a style characterised by a predominance of exposed concrete - is adored by some and abhorred by others. Art director Peter Chadwick is an ardent fan, and runs the website thisbrutalhouse.com. He chooses his 10 favourite brutalist buildings from around the world Before it was demolished in 2010, this brutalist car park cut an imposing figure on the skyline of Gateshead in North East England. The car park, which was opened in 1967, also featured as a location in the classic British gangster film Get Carter and was sometimes known as 'the Get Carter car park'. Photo: Courtesy of the Barbican Centre

Now a Grade II listed building, London's Barbican complex is one of the city's most iconic brutalist buildings, containing housing, an arts centre, public library, the City of London School for Girls, the Guildhall School of Music and Drama and the Museum of London. Its complex multi-level layout with numerous entrances, can be confusing for visitors, and numerous projects over the years have aimed at improving accessibility. Even so, the Barbican remains one of the most striking and successful brutalist buildings in the UK. Located in London's East End, the Balfron Tower is the elder sister of London's Trellick tower, both of which were designed by Erno Goldfinger, who, along with his wife, reportedly lived in one of the Balfron's flats for a short time after its construction to experience first-hand how it would feel for residents to live there. Like many social-housing tower blocks, the Balfron came to be regarded as a failed social experiment, but it and the Trellick have enjoyed something of a renaissance in recent years with flats in the Balfron now being sold to private buyers for around £170,000. Originally built as a factory between 1977 and 1986 this fairly late example of the brutalist style lives on as social and cultural centre containing theatres, gymnasiums, a swimming pool, snack bars, leisure areas, restaurants, galleries, workshops and other kind of services. The most industrial example of britalism on the list, these huge towers, owned by Dorman Long, a major steel producer, helped make 'coke', a product produced from baking coal in the 'Coke Ovens', mixed with Gas. With lofty ambition, this high-rise residential building was designed to bring a new way of life to the deprived and overcrowded Glasgow suburb of Gorbals. Unfortunately it came to be seen as a symbol of yet more poverty and deprivation with residents referring to the three blocks as Alcatraz, Barlinnie and Sing-Song (all prisons). Prone to flooding, they were demolished in 1993. Built on a vast scale between 1969 and 1982 under socio-architectural theories of Le Corbusier, this housing block in Trieste, Italy was designed as an entire city complete with .. Built in 1974, this is classic example of Brutalism's imposing aesthetic. Its facade is dominated by large precast concrete panels with narrow windows. The design was conceived with limited windows in order to keep the courtrooms and judges' chambers free from outside distraction.