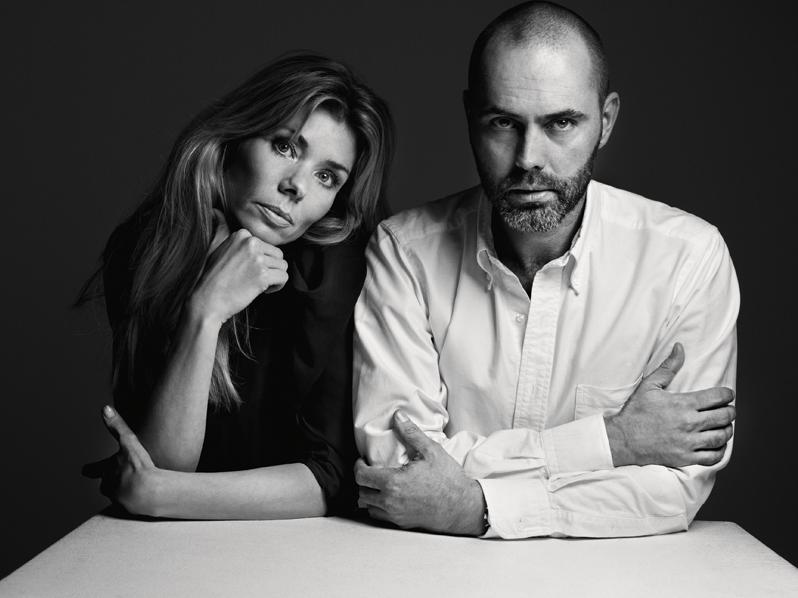 Signe Bindslev Henriksen and Peter Bundegaard Rützou – the duo behind Danish architecture and design practice Space Copenhagen – talk about the essence of Scandinavian design and their ongoing work, including the design of arguably the world’s best restaurant, Noma in Copenhagen, a branch of the world-famous bistro Balthazar and a new furniture range for Danish manufacturer &Tradition.

Tell us about Space Copenhagen

PBR: As a practice we're fit in between the disciplines of design. We're interested in creating the space from a structural aspect, but we're also really interested in the interior of the space and what goes inside it - texture and objects and building details. We don't do 40-storey high-rise buildings; we try to limit our practice to projects that have an obvious relation to the human body, such as homes and restaurants.

SBH: We also do a lot of industrial design and that approach goes back to Scandinavian designers who were working in the Forties and Fifties. If you look at work by Arne Jacobsen [http://www.arne-jacobsen.com/en/arne-jacobsen], he would do the structural elements, but he would also do the door handles and the lamps. That gives the project a completeness that we're attracted to.

Do you always design the furniture for your projects?

SBH: We try to limit the amount of off-the-shelf furniture we use. But we'll try to source as many things we can from our own designs. We might also buy something second hand and customise it. If you buy a lamp or you buy a chair there will be lots of other projects that use those same elements. Whereas if you design a bench, for example, that's built into the wall it will be regarded with a stronger sense of authenticity.

Why has Scandinavian Design been such an influential and enduring style?

PBR: I think because it's timeless. It's quite stripped down and natural and doesn't tend to use many bright colours and bold patterns. I think there's honesty to Scandinavian design that makes it less subject to changing fashions and gives it a special longevity. Nothing's hidden so it's all about quality of materials and fine craftsmanship. A piece of furniture may cost you a bit more, but it's going to be with you for 25 years and it's only going to look more beautiful the longer you keep it.

SBH: People often think of Scandinavian design as something light and simple and made of wood, or something quite masculine, but when we look back we see much more diversity and playfulness. When you look at designers like Arne Jacobsen and Finn Juhl they actually travelled widely, so they brought back all these influences and stripped them down to create something new.

PBR: But if you look at all these great furniture designers from the Fifties the work they produced isn't really that similar. So if you look at Poul Kjærholm there's some leather, there's some steel, but then if you go to Finn Juhl it's much more sensitive and feminine -something more organic to its approach. But the thing they have in common is that there's this restrained quality.
To what extent is the tradition of Scandinavian Design influential in the products and interiors you design?

SBH: That's very much were our work comes from. A good example is our latest range of chairs and sofas, the Fly Collection (pictured above) for &Tradition. We used the classic spindle-backed design, which has been popular in Scandinavia for more than 100 years, but we made it more modern design.

We decided that we'd do something with wood and the craftsmanship of working with wood to be a very visible. But we wanted the proportions of the furniture to be more comfortable, more reflective of modern lifestyle. So the comfort of the cushions and the added depth of the sofa mean that it's more suitable for modern life. The sofa also has built in side tables. This is something you really need with a sofa - a place to put your book or glass of wine. It's nicely sculptural, but it also has a practical function - that's very Scandinavian!

PBR: We designed the restaurant, which is in an old warehouse that had been used to store warehouse built to store dried fish, whale oil and skins and we've been working with them ever since. We totally re-did it last summer. The wonderful thing about that is that the whole cuisine is based on having international ambition, but sourcing everything from the Nordic region. They want to have it very unpretentious and very direct, but quite refined at the same time.

Every time we do something for them we're playing with colours and textures. For example, making the wood look at a little bit wind-blown and giving it a driftwood feel. So working with these elements which are important in the Noma and its chef/owner René Redzepi do their food - the whole design philosophy is the same.