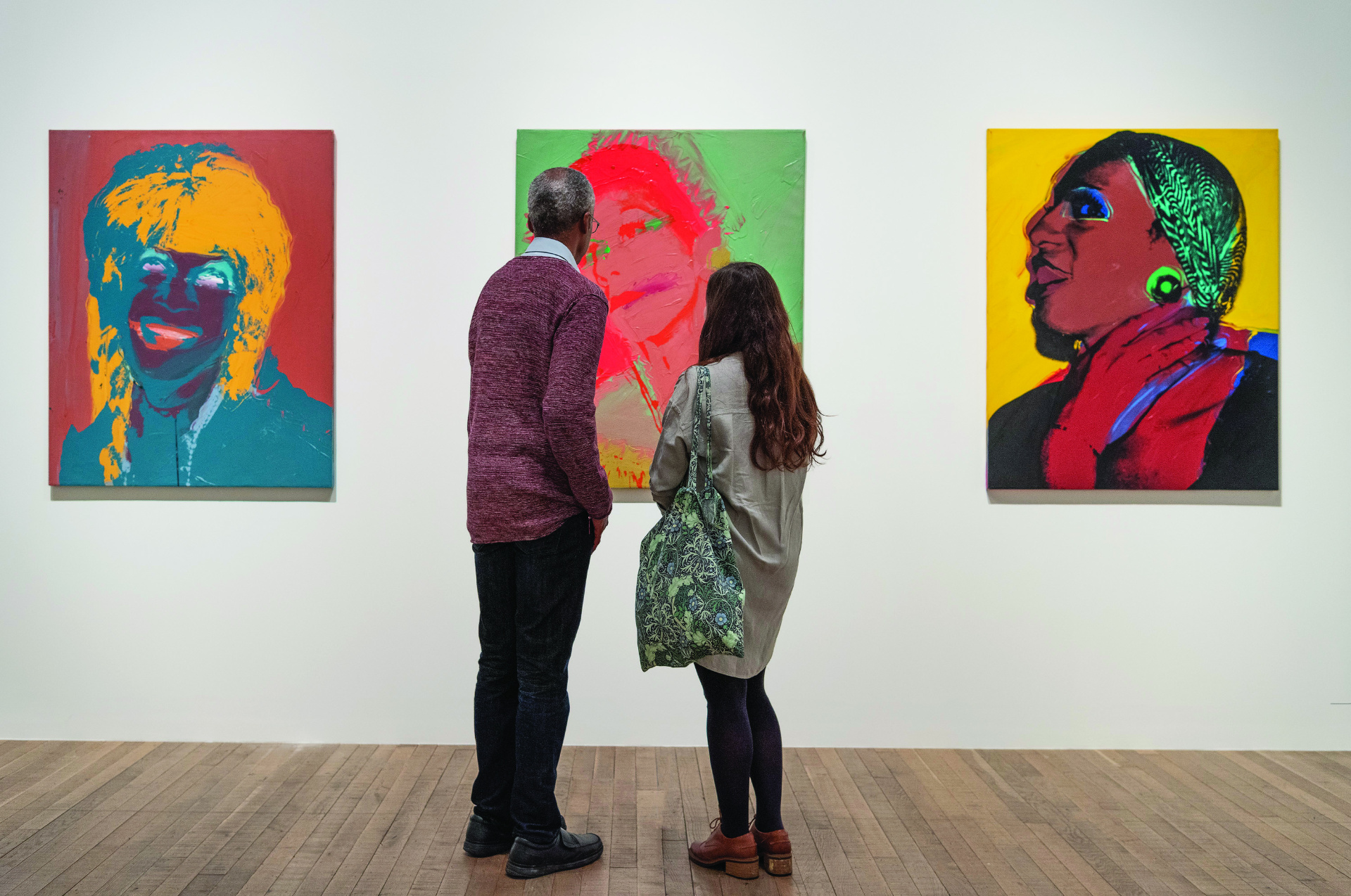 It may have been five years in the planning, but there could not have been more apposite timing for Tate Modern’s 2020 Andy Warhol retrospective. Just when you thought there was nothing new to say about the forefather of reality TV and the democratisation of fame — a proponent of everyone having their own 15 minutes in the spotlight without whom there would likely be no Instagram — many of his lesser-known works have been unearthed to present the essentially 20th-century artist as still relevant to a new, woke generation.

The rare jewels of this particular visual feast include Ladies And Gentlemen (1975), a portrait series of 1970s Latino and black drag queens on show for the first time in the UK. For the work of the man best known for interrogating celebrity also resonates in other areas, chiming with today’s preoccupations with gender identity, multiculturalism and the politics that surrounds them.

Also making their UK debut are biographical items including the wigs a balding Warhol designed as an essential element of his persona. The questions this show attempts to answer is less the usual ‘What?’, focusing on subject matter and process, than ‘Who?’ and ‘Why?’ — who was the man born Andy Warhola, and how did his origins influence his work?

Warhol was born into an immigrant community, growing up in a Slovakian ghetto in Pittsburgh. The Tate curators of the show — Fiontan Moran and Gregor Muir — posit how such a subversive artist might well have found it much harder to gain recognition in a xenophobic America concerned with making itself ‘great’ again than even the pre-liberation era when he was considered too overtly gay to be a proposition for many galleries.

The artist’s enduring close relationship with his mother and identification with his background are represented in the exhibition by images of Julia Warhola, who moved to New York to live with her youngest son for nearly 20 years, and an early painting of the Pittsburgh family living room, depicting the upholstery fabrics with all the loving detail of a Matisse (Living Room, 1948).

The influence of Warhol’s religious upbringing is illustrated by his first homage to Monroe; Round Marilyn (1962) reverently places a black and white screenprint of the star at the heart of a gold-painted rondel referencing the Catholic iconography he grew up with. Such imagery is the stuff of his late work Sixty Last Suppers (1986), also new to London, reproducing not the original da Vinci, but a cheap print which used to hang in Warhol’s childhood home. Given his blatant refusal to conform, it’s a surprise to learn he was a regular at Mass until the end of his life.

One aspect of social media which would have surely horrified Warhol is its power to drive those who perceive themselves as imperfect to suicide in the face of peer denigration. While insecure about his own appearance, he was quick to appreciate the best in others, commenting in 1975: ‘I’ve never met a person I couldn’t call a beauty.’ Objects, as well as people, were things of beauty for Warhol — for him, a soup can and a Coke bottle could also be objects of desire. These commodities are celebrated in multiples side by side with the Marilyn Diptych (1962), one of Tate Modern’s most popular holdings, giant repeat Elvises and a new-to-London pair of canvasses filled with Marilyn’s lips alone in both technicolor and monochrome (Marilyn Monroe’s Lips, 1962).

Warhol continued to be fascinated by celebrity when he moved into film-making, but British art historian James Fox — speaking in his recent BBC programme Age of the Image — believes Warhol debunked the notion as a charade with his Screen Test series (1964–6), in which famous friends were persuaded to look into a camera for the three-minute duration of a reel of film while doing nothing in particular. When the reel runs out the image is gone, and that’s all there really is, Fox suggests Warhol was saying. For the viewer, though, those Sixties images — carefully hand-painted by the artist after screenprinting to be anything but identical — have held their power for half a century after their subjects’ moment.

Death, the ultimate running-out of the reel, was a lifelong preoccupation for Warhol, who shocked with multiple prints of a five-fatality car crash and a woman jumping to her death from a high building, as well as the better-known Electric Chair series (1967–71). But he previewed death first-hand in 1968 following the shooting by Valerie Solanas from which he never fully recovered. Richard Avedon’s giant portrait (1969) of Warhol’s shocking scars and stitches is on show, marking — alongside Warhol’s lyrical Silver Clouds balloon installation (1965–6) which punctuates an otherwise intense show with a welcome blast of playful relief — the brief pause before he returned to painting, portraying the biggest names of the Seventies and Eighties from Mao to Debbie Harry, Mick Jagger and Dolly Parton.

In life these singers have endured, as has Warhol himself more than 30 years after his death. ‘I was taking some 12-year-old girls round the show and when I asked if they knew who Marilyn Monroe was they said no,’ says co-curator Fiontan Moran. ‘But when I asked them if they had heard of Warhol, they right away replied: “Oh, yes!”’ Not surprising, then, that during the 2019 Super Bowl intermission, Warhol starred posthumously in a Burger King commercial played to an audience of 100 million in the highest-priced TV advertising slot in the world. It was the ultimate accolade for the outsider who, against all the odds, made good.