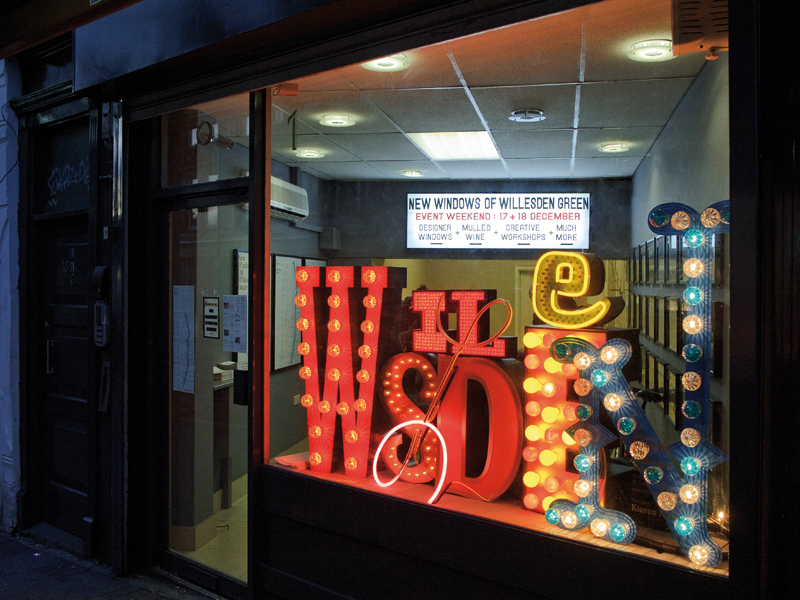 With changes in shopping behaviours and some financial help, the day of the little shops may be having a welcome resurgence...

While big developers have a reputation for sweeping away little local shops and cafes in the name of gentrification and in favour of high-profile chains, the London Mayor's High Street Fund has another approach.

Part of the Mayor's overall £129m investment in high streets, the Fund has so far helped 56 high streets across London to improve, attracting £75m of match-funding from public and private-sector partners.

Before handing out funding and support to the winning applicants, the Mayor's Design Advisory Group mapped the city in terms of high streets rather than town centres. The team quickly realised how important these strips of commerce and activity were to a thriving London, and to the specific character of their locale.

Daniel Moylan, chair of the Design Advisory Group, says: 'London's 600 high streets are the beating heart of our local communities, but have faced great challenges for a number of reasons, including the emergence of large out-of-town retail parks and the rapid growth of Internet shopping.'

In fact, retail typically accounts for only half the activity along those high streets, according to the Greater London Authority. So, at the same time as helping to boost some high streets' retail offer, 'The Mayor recognises that London's high streets have the potential to offer so much more than simply shopping,' says Moylan. To this end, the Design Advisory Group suggests moves such as positioning artists' studios or co-working offices in vacant retail units and giving them a shop front. In Camden, a group of retailers called the Camden Collective set up a mini-market on the ground floor of, and co-working spaces above, a formerly empty space.

Sarah Considine, senior project officer of the Greater London Authority's regeneration team, has been heavily involved in the revitalisation of shop fronts. 'High street frontages don't do their job when the quality of this interface is diminished -- when the facade doesn't express what's behind it, or there is a lack of care in its fabrication,' she says. 'The pervasiveness and affordability of readymade signage-printing technologies is making shop fronts increasingly similar. The craft and skill of sign-making and shop-fitting is also being lost as a result.' The results can be seen in pockets across Greater London. Waltham Forest's Wood Street worked with East Architecture Landscape Urban Design, the Gort Scott architecture firm, and Creatmosphere lighting studio, among others. At South End in Croydon, work was carried out by the architect practices We Made That and Hassell and the graphic design group Objectif. Meanwhile, at Willesden Green, Brent Council and the Architecture Foundation briefed 25 young designers to create 'Windows on Willesden Green', an advent calendar of window displays to improve shop fronts.

The most recent round of grants, awarded last March, are now being invested in 41 high street projects.