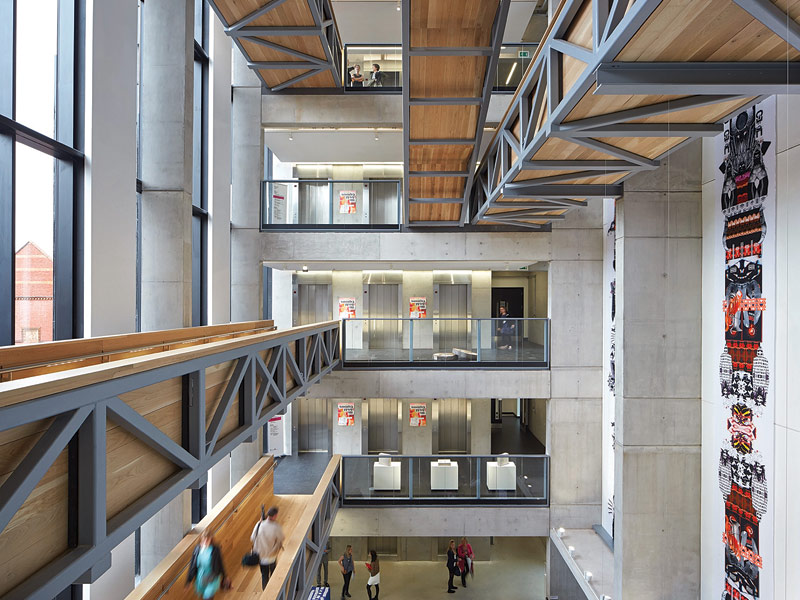 Manchester gets ready for its 11-day festival of design. Starting on 11 October, the DM17 event will be reflecting on the city’s musical and visual heritage

Festival DM17 will host exhibitions, talks, workshops, film screenings and parties across the region, with this year’s edition reflecting on the rich musical and visual heritage of Manchester with an eye on the future.

Highlights for this year’s event include fizzing at the terminals: Manchester punk band Buzzcocks playing at the O2 Manchester Ritz (19 October) as part of marking 40 years since the release of the band’s album Orgasm Addict and its iconic record sleeve, designed by Malcolm Garrett. There will also be an exhibition at PLANT NOMA presenting Garrett’s classic designs for Buzzcocks from the early period – including his first design for Buzzcocks, the love Battery poster for a gig in May 1977.

Elsewhere, the Manchester School of Art will host the fourth annual great debate on design, at Stirling Prize-nominated Benzie Building. Rachel Cooper will chair the debate, with a topic exploring the public realm, and a panel including Dublin architect Ali Grehan and footballer-turned-property developer Gary Neville.

Also lined up is the city’s annual design conference, at the Principal Manchester, where top designers present their work and discuss their thinking, including OMA partner Ellen Van Loon, the chief architect of Manchester’s factory Cultural Centre.

All this, plus guided tours exploring graffiti and street art, and lots more – best head to the design Manchester website for full details and to book tickets.