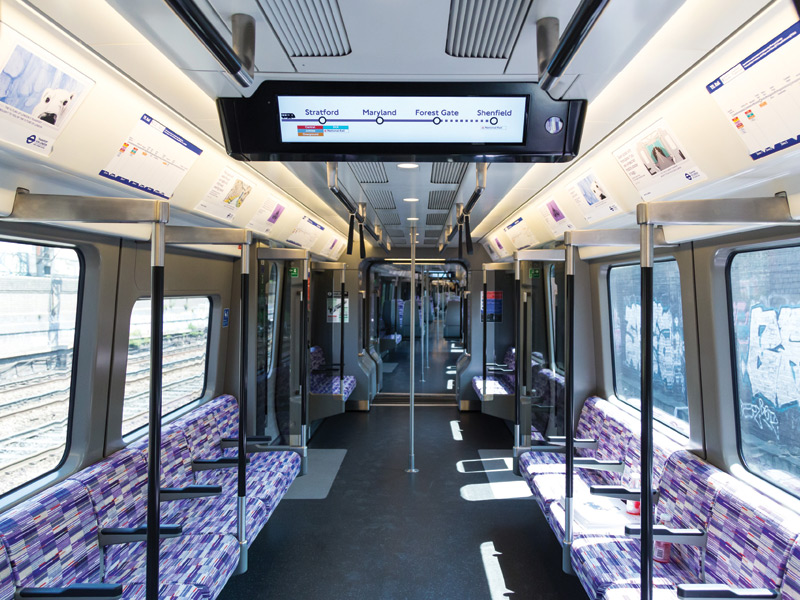 The first stretch of the new Elizabeth line (Heathrow to Paddington) is due to open.

As a new train service between Heathrow Airport and Paddington Station opens this month, Crossrail – Europe’s largest infrastructure project that has demanded more than 100 million working hours – is nearing completion.

The Olympic Torch designers Edward Barber and Jay Osgerby acted as advisers in the initial design stages for the trains that will run on this new route, officially called the Elizabeth line.

Central to the design brief was lasting quality, and the finished product features darker floors and materials with a natural finish. Light-coloured ceilings maximise the feeling of height and openness, and large, clear areas around the doors will allow quicker and easier passenger movement. A glazed station entrance at Liverpool Street, red sandstone columns at Bond Street and a new roof at Paddington Station are just some of the recent progress made across the 10 new station buildings on the Elizabeth line.

Paddington is undergoing the most significant transformation since the completion of its original building in 1853. The new station is to the south of the original and designed by architects at Weston Williamson, who have been inspired by the design legacies of engineer Brunel and architect Matthew Digby Wyatt.

At platform level, eight flared elliptical columns, clad in bronze to head height, will carry the weight of the structure. Dark, anodised lilypad light fittings are embedded into the concrete ceiling throughout the station.

Printed on the new building’s 120m-long glass canopy will be bespoke work by American artist Spencer Finch. The Cloud Index, one of London’s largest ever artworks, is a picture of the sky that seems to change according to the light, the direction of the sun and the time of day.

The hand-drawn cloudscape will be transferred on to 180 glass panels using ceramic dot-matrix printing, which also reduces solar glare.

The new Paddington station is due to be unveiled this December, while the Elizabeth line is expected to fully open in December 2019.