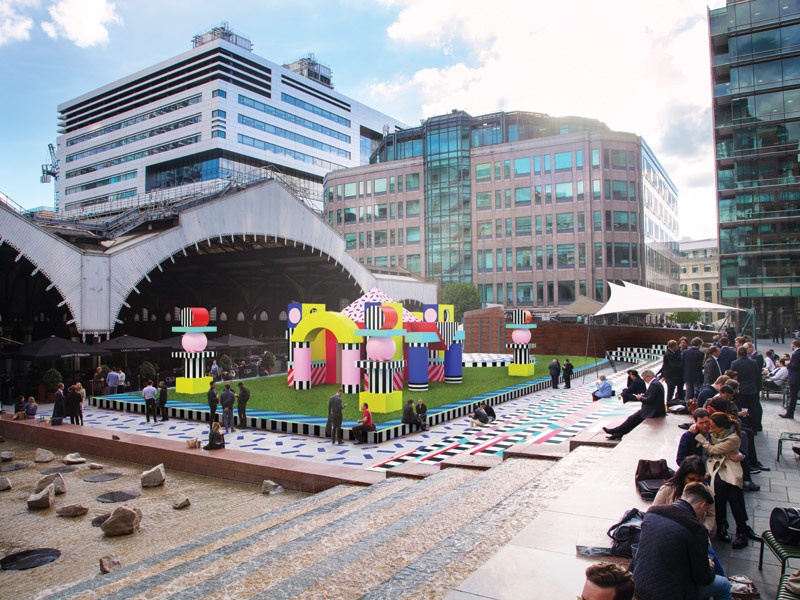 It’s time for the London Design Festival! This year’s event, its 15th, sees eight official Design Districts with commissions and installations, in addition to the V&A acting as a festival hub

London Design Festival celebrates its 15th year in 2017, with a city-wide celebration of design. To celebrate its 15 years the festival, along with headline partner British land, will launch a series of commissions and installations, including a landmark project at Broadgate Circus with renowned textile designer Camille Walala.

Villa Walala is a colourful, soft-textured, ‘building-block castle’ constructed from vinyl, sealed PVC inners and high-strength nylon, covered and coloured with digitally printed patterns. The flat component shapes are pinned to the ground and inflated by fans. Villa Walala is intended to inject a little joy into what may otherwise have been just another day at the office.

Major trade shows will feature once again, among them 100% design, designjunction, Decorex international, Focus/17 and the London design Fair (with tent London and super brands under its banner). these shows feature work from a local and international network of both new and established exhibitors.

And, as in previous years, the V&A serves as a festival hub, with various installations and activities taking place there, while Somerset House will host design Frontiers. For more information on all this and more, head to the LDF dedicated website.