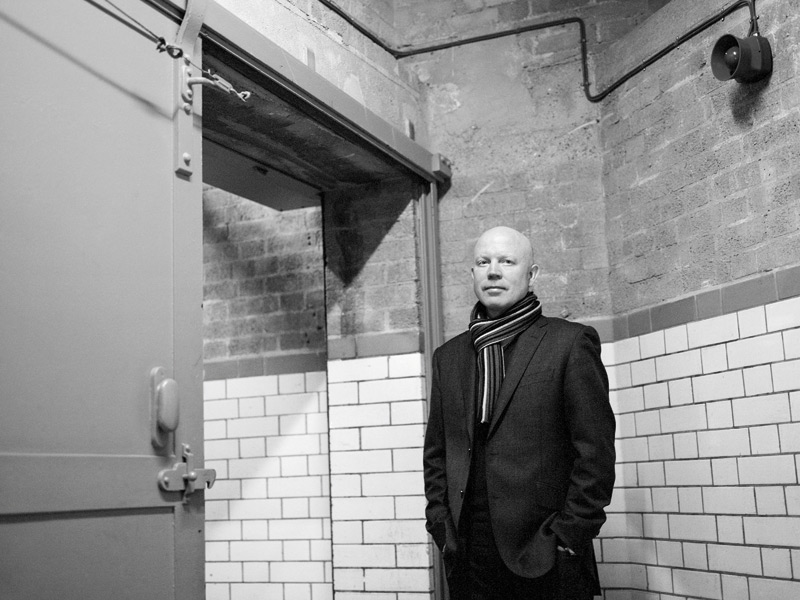 Matt Yeoman of Buckley Gray Yeoman tells FX of the practice’s fortunes since it was founded by the three Oxford Brookes graduates 18 years ago.

Matt Yeoman always knew he wanted to be an architect. For as long as he can remember that's been the profession of choice for him.

'I don't know why, and I've been incredibly lucky in that I've been able to do it,' he says, thinking of students choosing a university path and still not knowing what they want to do. 'I wanted to be an architect. I had the ability to do that and I followed the paths.'

Though attending the Canterbury College of Art in 1986 might have put a dampener on his pick of profession, with architects such as Richard Rogers, Sir Norman Foster and Sir James Frazer Sterling being the then 'big' names in the field and exciting this budding architect, his schooling didn't match his enthusiasm.

'At the time it was the last school of architecture within an independent art school,' explains Yeoman. 'I turned up expecting to do architecture. At the time there was a lot of stuff happening [in architecture], but I certainly didn't do any architecture for 18 months!'

Nevertheless Yeoman completed his degree (RIBA Part 1) and took a year out to move to London to work at Lifschutz Davidson Sandilands architects; he says his time spent here influenced his practicing. Yeoman then returned to university, this time at Oxford Brookes, to do his diploma (RIBA Part 2). There he met Oliver Richards of architecture practice ORMS; a visiting lecturer talking to students about completing their RIBA part 3. Yeoman was offered a job at ORMS and worked there for three years. During that time, fellow former Oxford Brookes students Richard Buckley and Fiammetta Gray also joined ORMS. 'Richard and Fi were married by then, though I didn't know Richard then as he had been a few years ahead of Fi and myself at Oxford Brookes,' he recalls. 'So we all worked there for three years before setting up on our own.' In 1997 the trio left ORMS to found Buckley Gray Yeoman (BGY) and pursue their own practice. 'We just wanted to do our own thing and we wanted to see if we could do it. I had a great experience at ORMS and Lifschutz Davidson Sandilands, and I thought that if I didn't do it then I never would. I had nothing to lose and so gave it a go.'

At the start of the business BGY worked on a number of small projects, some of which were via an introduction from ORMS, which went far for the young practice. 'We just did anything. Anything. Everything,' recalls Yeoman of the practice's early days. Some of projects were residential, with the architects themselves also getting to grips with the practicalities by working on their own properties. While Buckley and Gray bought a site in Islington, where they built their house, Yeoman and his wife completed their first home as a loft conversion in a warehouse they had bought in Clerkenwell.

'I think our first [commissioned] project was redoing someone's flat in the Barbican. No matter how small or mundane a job seemed, we did it,' says Yeoman. 'We had a real problem saying "no" and we are still like that; you could ask the 80 people that work here - probably drive them nuts!' Commissions soon snowballed and the practice published its first book in 2005, called To Be Continued, telling of the practice's early experiences. It included suitably named chapters such as Pushing Your Luck Is Bloody Hard Work. BGY has since published another book, Continued, in 2012, marking the practice's more recent achievements and successes.

BGY grew from 'three people in a room doing beautiful kitchen extensions' after winning some key commercial projects. This included a complete office fit-out for SIS, a satellite company, and fitting out the restaurants of the now defunct chain Orange Balloon. The projects helped the practice on to bigger projects (both commercial and residential) including the Q building in Stratford, as well as expanding its workforce.

Twelve years ago BGY moved to the Tea Building, its current base. Its portfolio includes schools, housing, student accommodation, commercial buildings, retail and hotel projects. Yeoman remains as the only founding director of the practice, and works alongside former ORMS director Paul White. White had joined BGY in 2006 as a director, and working alongside Buckley, Gray and Yeoman was appointed during the company's evolving (and rapid) growth. But the sudden death of Buckley in 2008, when he was 45, came as a great shock. 'When Richard died, Paul and I were in total shock and thinking "We've got to keep this thing going". It sounds a bit romantic, but I remember us saying "We've got to keep this going for Richard; we can't let this practice go after all the years he's put into it".' The Goodsyard. BuckleyGrayYeoman has been appointed by Hammerson and Ballymore to work on 70,000 sq m of office space at The Goodsyard in Bishopsgate across three plots, all with a mixture of co-worker, SME and cool-corporate spaces

In 2009, the recession hit. Coming back to work after the Christmas break, Yeoman recalled it was a time when the 'world had ended'. 'I just remember thinking, "We've just to get back to the way it was with me, Richard and Fi, but this time round we've got more work to show", he says of an incredibly difficult time.

But Yeoman and White did exactly that and picked up work through companies including Derwent London, which also owns the Tea Building and supported BGY 'wherever it could'. Buckley's widow Fiammetta Gray remained with the practice until 2011, when she stepped down as director and formally left the practice 14 years on from it being founded by the three friends.

'Richard wouldn't recognise the practice today from the one it was eight years ago when he died,' says Yeoman. 'Richard and I had worked together for years; I saw more of him than I did of my wife. But for about three years before he died we were running around like headless chickens, trying to win work and trying to deal with work.' White joined the practice as a new director due to the increasing workload and growth of the practice, but Buckley's death and then the recession brought about major and rapid changes to the practice.

But six years on from Buckley's death BGY has been transformed, with the practice still punching above its weight and still finding it difficult to say no. 'We've grown year on year by about 35 per cent and we're starting to have a wider management team', says Yeoman. 'We're building in succession and helping people through into the practice.'