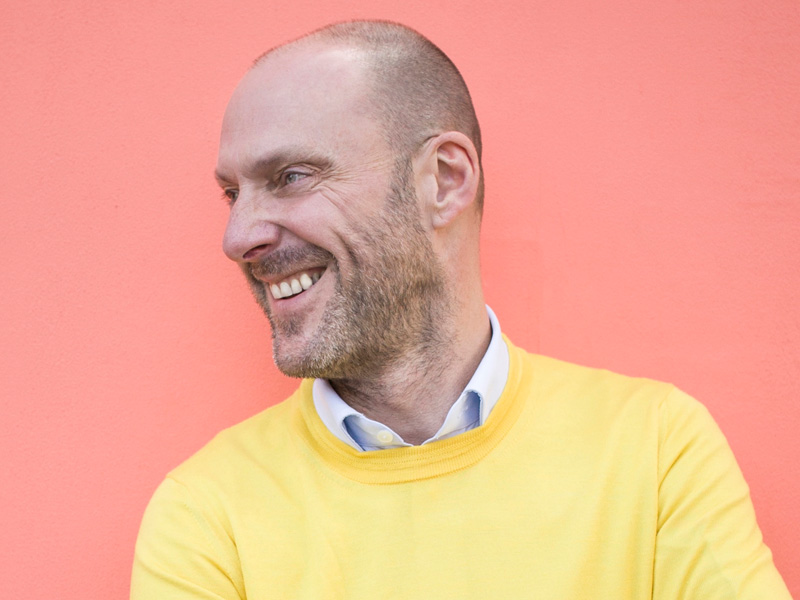 Martyn Evans is a property developer, but like many an industry’s most interesting exponents, does not feel comfortable about that label. This is perhaps to be expected when you take a way of doing something and turn it on its head. As Evans explains, however, his way of working has been shaped by the ‘incredibly inspiring people’ he has worked for. One of those people is Richard Upton, who Evans currently works for at property developer U+I (and previously at Cathedral Group, one of U+I’s constituent companies), while his first job in property development was the pivotal Truman Brewery project on London’s Brick Lane, owned by Ofer Zeloof. Pre-property he worked for Anita Roddick, who founded The Bodyshop, a hugely successful business built on her radically ethical vision for the beauty industry. Roddick’s ethos was a great influence on Evans: ‘She taught me that you can be good and care about the world and people, and still make a shit load of money – and that those two things are not incompatible. I’ve never really understood why everybody else wouldn’t want that to be the way they do business.’

Evans is a creative director at U+I, and that role itself is pretty unique, as he doesn’t know of anybody else in the industry with the same job title. (Most similar, he thinks, would be Beverley Churchill, who was a creative director at Capco for the redevelopment of Covent Garden.) This leaves him somewhat able to define his own role, and he describes it as that of a storyteller – helping people to ‘imagine places when they are changed and different, and are places where people want to be’. He starts by telling the story of the Truman Brewery. He became involved in the mid-1990s, when it was a place where ‘there was no reason [to go] other than if you were going to Brick Lane to have a curry on a Saturday night’. U+I is introducing innovations hubs, like this one in Brighton, alongside Plus X

Mutual friends introduced Evans to Zeloof, who had just bought the brewery, but was struggling to secure the capital he needed. Zeloof was looking for a plan B when Evans suggested that he should ‘open some bars, some shops, and make it come alive, and put some art galleries in and then people will come’. Zeloof gave him the go-ahead; Evans’ job then, as it is now, he says, was finding the people who do know how to do those things and bringing them in to do it.

An important lesson Evans learned was that a developer could let the public show them what they wanted. When figuring out what to do with the largest brewery building, Zeloof calmly said to Evans: ‘On Saturday morning, let’s just open the door.’ On that pleasant sunny day they did, and before long curious passersby were sitting on the floor eating sandwiches. The space has been filled with food stalls and seating to this day. Property development might not sound like the material for a compelling story, but Evans sees it differently: ‘All of life happens in and around property. So we fall in love, and have babies, and people are born, and then they grow, and they get sick, and they get healed, and they eat, sleep, have fun and learn, and die – all in or around buildings.’

He continues: ‘So unless you understand life, and people, you can’t begin to make the places which will house their lives.’

This means U+I has a people-first approach: ‘When we’re planning our places … we don’t talk about what the buildings are going to look like for two or three meetings with our architects; we’re talking about people, and what they are going to do, and how they are going to do those things. What’s the ‘they’ look like … who is arriving at 6 o’clock in the morning to do what. And what’s happening at 9 o’clock, and midday and four and six and 10 and at midnight.

‘It’s a mind-bending nightmare sometimes, but that’s what is exciting.’ This is perhaps why there aren’t too many businesses like U+I in an industry where it is ‘too easy to make money’, as Evans says. U+I is a specialist in complex mixed-use regeneration, and often works with the sites that others won’t take on.

He adds: ‘When you’ve got 25 acres of central Manchester to revive … you’ve got to try and recreate what would have been there if it had been left to develop under its own steam. And cities are messy, and difficult, and complicated – and not planned.’ Having such a large, central site is a big responsibility, but the flip side of these tricky mixed-use sites, Evans explains, is that it’s ‘about as far as possible from putting all your eggs in one basket’. Also, it is fortunate property development is slow: ‘You typically have time to rethink things – and we do it all the time,’ he says.

Evans frequently looks to history for guidance. He attributes this partly to Zeloof, who had the idea that buildings have an inherent personality ‘that makes people want to eat in them, sleep in them, work in them… I don’t know – park their cars in them’. He continues: ‘I always, always, always just want to go to the history because I feel very strongly that when you are a property developer, you might own the land but… that’s a flawed concept isn’t it? We’re only on this earth for a short period of time, so we’re only stewarding the bits of land that we own.’

Though there’s some danger in being nostalgic for a past that no longer has a place, memories of better times can offer some hope for areas that have lost their way. ‘It’s fantastic inspiration, and it’s sort of… just a story, but it isn’t really because it happened, and if it happened in 1750 it can happen in 2050,’ Evans enthuses.

One of U+I’s significant projects is the Old Vinyl Factory, in Hayes, west London. To look at it, as many other developers had, it wasn’t promising: the site is a motorway-hemmed area of business parks with little to recommend it to either the existing residents or potential newcomers. Yet lots of interesting things had happened there before: EMI started its business there and built a town around it, and on that site it invented vinyl and electronic playback equipment, while during wartime the equipment and expertise was turned to inventing airborne radar, and later CT scanning. The site was, Evans explains, ‘about innovating ... in that place there was enormously successful British innovation, invention and industry, so what better inspiration to have?’ Discovering that the R&D department had a building called the Central Research Laboratory – no matter that this building was long demolished – U+I ‘just made a sign and stuck it on another building’ and started a new innovation hub. ‘Even though you can’t talk to those people any more you can smell it, and touch it, and feel it, and it’s alive in the air, and it makes sense,’ says Evans.

A hub like this becomes the heart of a wider regeneration scheme: ‘It’s the little exciting beacon of fizzing energy around which the rest of the scheme will flow,’ he explains. Analysis by social and economic impact consultants Real Worth has shown this to be a successful formula, creating a 160x multiple of gross value add to the surrounding economy compared to a traditional office building. U+I is now introducing these hubs in a number of future developments as a branded business owned with Plus X, a company that creates co-working spaces. The first of these has just completed in Brighton.

Sometimes interventions are more temporary. For the new Mayfield development in Manchester, U+I hosted a Pride celebration last year and – until lockdown put a stop to it – had opened a 10,000-capacity venue named Depot. The eventual development is still a way off, but these are crucial first steps. As Evans explains, it is ‘about immediately [placing] something ready-made on a miserable site … finding ways of immediately changing people’s perceptions’.

Not all Evans’ projects have been successful. In 2016, he left U+I to become development director for Dartington Hall in Devon. It had the ingredients for a successful project and it had a compelling backstory, as a ‘beautiful medieval estate’ revived in the 1920s by the wealthy philanthropist Dorothy Elmhirst in order to ‘build a sort of utopian, progressive left-wing community’ of education, culture, and agricultural and rural economics. While it blossomed to help create the Open University, the Soil Association and the Arts’ Council, ‘it all went to pot over the last 30 years,’ Evans explains. Though now ripe for redevelopment, Brexit and an economic downturn provided a barrier to raising the ‘50 million quid’ that Evans needed. In short: ‘It didn’t work,’ Evans sighs. He returned to U+I in April 2019.

Beyond U+I, Evans is a non-executive director for housing developer Brick by Brick in Croydon and is deputy chair at the London Festival of Architecture. Another project, the Young Architects and Developers Alliance (YADA), was set up in 2016 with then RIBA president Jane Duncan. It was created to solve the fundamental lack of communication between architects and developers that Evans had witnessed over his career. During his time teaching students of both disciplines it looked like there wasn’t any promise for the future: ‘I ask the architecture students “When did you last see a development proposal?” And no hands go up. And I ask the development students when did they last walk around a Stirling Prize-nominated building… and no hands go up.

And so they have no understanding, and in an industry where that relationship is absolutely crucial, it’s insane.’ YADA hopes to change this for the better and it seems the young developers and architects agree, as the organisation received 900 ticket requests for its first event, when Evans initially thought a room in a pub would do...

That bodes well for the next generation of architects and developers, and with more U+I projects on the horizon as well as an exciting but yet to be announced new venture, Evans should have some more compelling stories to tell soon.