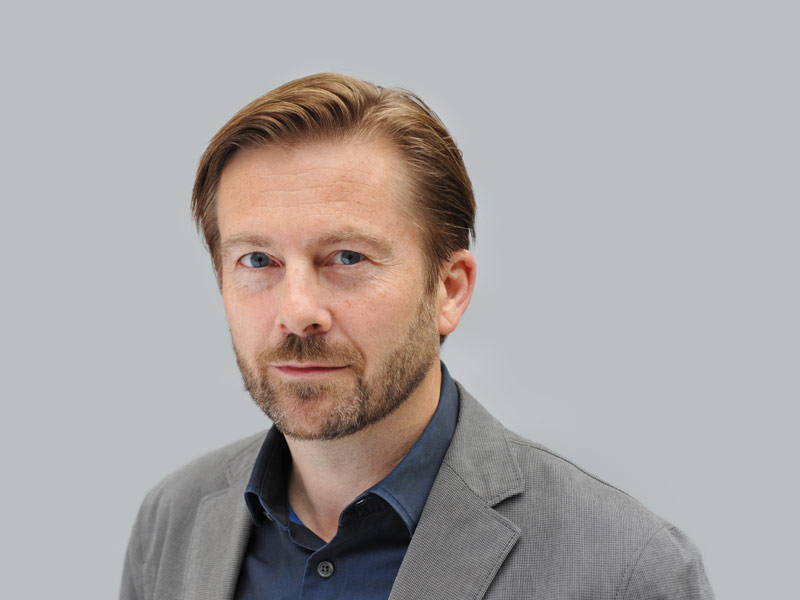 From early on, industrial designer Julian Maynard has always had social design to the fore, driven by a desire to influence human behaviour for the good through design

Industrial designer Julian Maynard, of Maynard Design, talks of a childhood filled with making things. The now international practice delivers on huge-scale public realm projects, ranging from wayfinding, street furniture, competitions and massive infrastructure projects such as new railways. It’s unlikely that you’ll see a kettle or toaster in his portfolio – perhaps something his former tutors at the RCA wished they’d known about – as his interest lies more with semiotics and human behaviour while interacting with products. Nevertheless his work and approach is pioneering, and forms the foundation for his expanding practice.

But before discovering that thing called ‘industrial design’, Maynard’s first career thoughts had been focused on being either a furniture designer or a car mechanic, and had even been to Devon to look around Parnham College as a place to train as a furniture maker. But something specific changed his mind. ‘I’ll always remember reading about the design of a new diabetic pen in a design magazine and thinking how fantastic it was,’ he says. ‘I was studying for my A-levels and it really made a lasting impression, and that’s when I knew that I wanted to do something that improves the quality of people’s lives.’

He says that ‘social design’ has always ‘struck a chord’ with him. After finishing his degree in Manchester, he landed a job with Smart Design and designed a collection of kitchen utensils for Good Grips. Briefed to design a range suitable for use with people with arthritis, as well as other physical challenges, he was asked, ‘Why can’t the design of implements be suitable for everyone, and not just abled or disabled users? ‘That project also links into why I chose to enter the industrial design industry,’ he says. He decided to study at the RCA, in 1987, which he says was critically timed. ‘It was a time when we were all obsessed with Mario Bellini and there was a really strong industrial design movement in Italy. It was interesting because this was time where it [industrial design] was looking at how we communicate the function of products to people.

So that’s where I got into semiotics and was trying to understand a bit more on human behaviour.’ Being encouraged to interact with other universities and research centres, Maynard recalls a tie-in with Thorn CRL, a central research laboratory, where he was able to explore technologies being developed for ‘real world’ application. ‘I used a technology called retroflective technology,’ says Maynard. ‘It featured a screen-printed code; I thought it was interesting as it could be worn as badges, or something like that, and get rid of tickets [as it was a form of identification]. My idea was to have a seamless travel experience.’

Maynard was keen to showcase the technology as a piece of service design, attracting the attention of Andrew Whalley, then director of Grimshaw Architects, which had won the contract to deliver a new terminal at London’s Waterloo station. Maynard was tasked with designing a service that would offer a seamless travel service through Grimshaw’s new travel experience. ‘My graduation show was interesting because my tutors were being quite reserved,’ he recalls. ‘They wanted us to design real products, whereas this was a service, and I think they were going to fail me because there was no light or toaster, but my external assessor was Bill Moggridge, who completely got it.’

Graduating from the RCA, Maynard was offered a position of industrial designer at Grimshaw – the first to be offered at the practice. He spent three years working on projects ranging from lighting to signage and was involved in all aspects of the process and production.

His time at Grimshaw allowed for his industrial design skills to develop within the architectural environment. In turn, this ignited in him a passion for street furniture and designing in the public realm, and he went on to design for other major public-realm projects, notably the Jubilee Line extension project, and a wide range of railway station products such as seating.

In 2011, he set up his own practice, Maynard Design, which he describes as a multidisciplinary practice employing staff with wide-ranging design skills for projects largely focusing on the public realm. He likens it to an art school, with the different departments accessible to all in the building, regardless of the discipline.

‘We’ve expanded recently. We’ve a practice here in London, but now we also have practices in Melbourne and Auckland,’ he says. ‘The reason being we’re working as part of a large consortium designing five train stations in Melbourne. The practice in New Zealand was opened after one of our industrial designers, working here in London, wanted to move back home to Auckand. We could have said goodbye, or we could go see what’s happening there.’

Now the practice is delivering a number of projects with Auckland Transport, including wayfinding and stations. It’s perhaps unusual for a company to open a branch on the other side of the world to retain a member of staff, especially before securing any clients. But there is an obvious enthusiasm that is hard to not be drawn in by while speaking to Maynard.

Along with his obvious design talents, it’s not hard to see how a (positional) client would want to work with him. ‘Most people would want to open their second office in perhaps Manchester or Glasgow, and possibly not somewhere where you have to board a flight for 26 hours!’ he adds. ‘But there is a lot of opportunity there.’ ‘Varied’ is how Maynard describes the practice’s portfolio of work, with projects including wayfinding in Southampton and London Bridge station, a range of street furniture in concrete for Marshalls and a series of architectural components for Crossrail. Working with the multidisciplinary C100 consortium – comprising Maynard, Atkins, Grimshaw and GIA Equation – the brief was to design a unified family of products and systems, creating a line-wide Crossrail identity.

For the Jubilee Line project, the team has been tasked with delivering lighting, door systems, digital screens, cladding and balustrades, among other things. Now starting work on site, Maynard Design first worked on a full-size mock-up, dubbed ‘the James Bond set’ as a way to ‘seduce’. ‘To convince everyone, you need to build things,’ says Maynard. ‘At the moment, you have to understand that this is a large infrastructure tunnelling project.’

Building a full-size model enables key people, both working on the project as well as the users [the public], to understand the space. Ultimately, it creates drive and excitement, seeing and experiencing the end vision.

‘But they’re not just stations anymore, they have a scale of a civic building,’ he says.

‘They’ve also become retail destinations and almost cultural destinations, so the different types of people using them at the different times of day is completely varied. It’s been very interesting to explore and it gets back to what we’re interested in – human behaviour and how we influence that through design.’