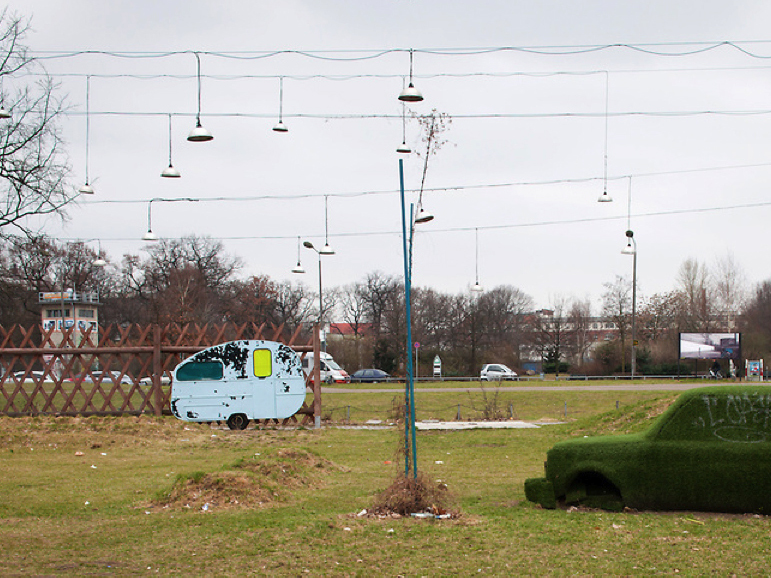 'I, I can remember, standing by the wall and the guns shot above our heads,' went Bowie's lyric, from his immortal, if somewhat romanticised vision of the Berlin wall in Heroes. For the best part of three decades, the wall - the barrier, the huge areas of no-man's land, the miles of barbed wire, the dog runs and the machine gun towers - defined the city of Berlin. Now though, some 24 years later, it's becoming a distant memory and the areas where the wall once stood are being redeveloped and its history erased. Photographer Paul Raftery, a long-time Blueprint contributor (most recently cover stories for the Shard, Louvre Lens and Birmingham's new library, issues 315,323 and 330) has made a personal pilgrimage back to Berlin, camera in hand, walking the route where the wall used to be. He's taken a whole series of shots from viewpoints that would, in many cases, literally have had him shot, when the wall was in place. 'Since my first visit in 1980, I have always been fascinated by Berlin and its history,' says Raftery. 'Photographing the void where the wall used to be is a powerful way of thinking about the impact of a scar that lasted 28 years.' You can see the results of his wandering at the Anise Gallery in an exhibition called Berlin Voids.