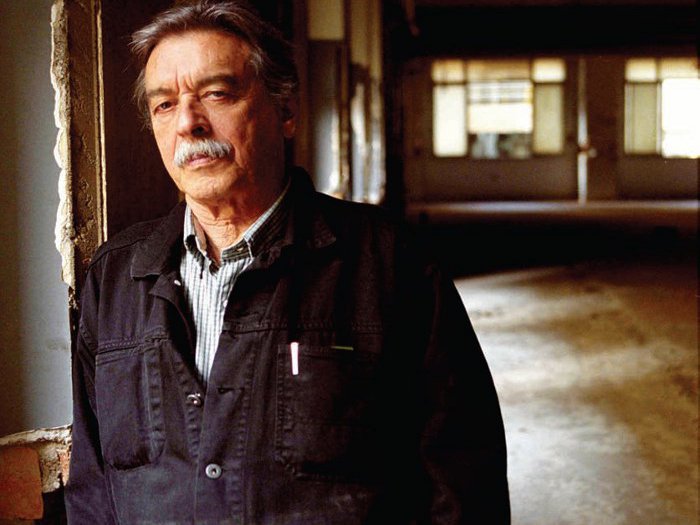 Brazil’s legendary Pritzker Prize winner talks to Herbert Wright from São Paolo, about the new Museum of Coaches, his approach, and Portugal

Brazil's legendary Pritzker Prize winner talks to Herbert Wright from São Paolo, about the new Museum of Coaches, his approach, and Portugal

Blueprint: You have written that as Brazilians, 'our historical experience begins with the modern world'. How does that effect your approach?

MdaR: The idea, the image of planet earth as a small piece of matter revolving around the sun is recent, coinciding with the great voyages, with Columbus and Galileo, with the 'discovery' of America. That inaugurated the modern world. From the point of view of building the city, the world is unitary, and nature is a set of phenomena, not merely landscapes.

Blueprint: Were lessons learned from the baroque building that currently hosts the museum?

MdaR: The lesson for me is that architecture can no longer see the building as an isolated object, but rather an instrument for transformation of the city. The spaces of the city are always changing.

Blueprint: Did the composition of the museum project gradually evolve?

MdaR: A specific project doesn't engender a 'gradual evolution' in the imagination of an individual, an architect. He always summons everything he knows, his memories, and sees the whole project at once.

Blueprint: You were keen to capture memories of colours from the city -- could you explain?

MdaR: There is, in the small inner square bordering the museum site on the side away from the Tagus, a set of charming historic buildings with these remarkable colours. Always pale shades of pink, blue, ochre ... clays. In the new, closed prismatic auditorium volume, the idea of one of those colours was irresistible. At full volume. All four walls. As if to say: don't worry about this new apparition, it's nothing more than the transformation of the same eternal thing. The construction of the city. Right now.

Blueprint: Is there a humanistic meaning in creating the plaza by lifting the exhibition volume off the ground?

MdaR: Yes, with some logical reason: the volume taken by the museum is always very large, inevitably. The whole enclosure in this area of Belém, a major tourist attraction, is for touring, daydreaming, walking. To take this obstacle off the ground is nice.

Blueprint: The museum is clearly similar to the Cais das Artés in Vitória, Brazil.

MdaR: In both projects, the quality of the place has a historic, clear monumentality: they are maritime works. Ships, labour, territory won from the sea. Making this scenario part of the construction, an extraordinary window, is irresistible.

Blueprint: Why the water feature above the auditorium, and the square perforations in the canopy above it?

MdaR: It praises water, sunlight, moonlight. An artificial capture of some of nature's virtues. A fantasy... an ever-intriguing figure in the history of architecture.

Blueprint: Has Portuguese architecture, from Távora and Siza onwards, inspired or influenced you?

MdaR: As Portuguese speakers we are without doubt made with the presence of Portuguese architecture... The schools of Lisbon, Coimbra and Porto are notable centres of studies and reflections that we follow very carefully, always. Architects, particularly those mentioned, are examples of the ongoing dialogue between the scholarly and the popular, and above all, they are remarkable examples of intellectual integrity.

Blueprint: Can you describe your collaboration with contemporary practices such as Metro Arquitetos and Ricardo Bak Gordon?

MdaR: Collaborators are always indispensable in work of this scope. The work method is rich and indescribable.