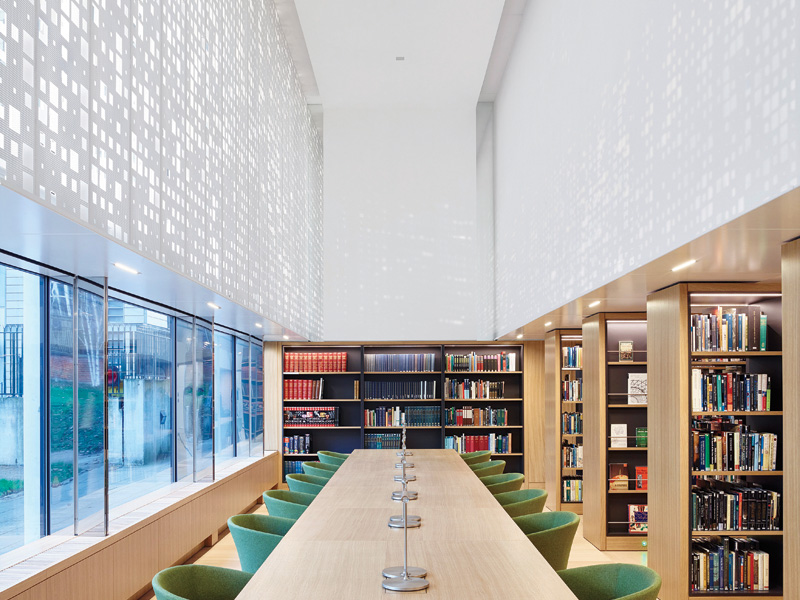 Veronica Simpson looks at cultural institutions that are realising that their archives give them a unique edge, and which they are capitalising on with new buildings and spaces Since opening in 2014 Brixton’s Black Cultural Archive (BCA) has become a major venue for exhibitions and events that celebrate the phenomenal contribution of Britain’s black minority to mainstream and high culture, from literature through art to music. The Delft Archive is a new building by Office Winhov, part way through construction, that introduces the wider Delft community to artefacts chronicling their recent and ancient past, via a public-facing building in a park at the edge of the historic city centre. Its extensive archives will be stored on the first floor, while a ‘treasure room’ and reading room are placed on the ground floor, along with a large and welcoming cafe that looks out on to the park. Meanwhile, Pringle Richards Sharratt, the architecture practice responsible for the Black Cultural Archives building, are now about to create a new public-facing archive for Suffolk County Council. The Heritage Lottery Fund (HLF) has played a major part in the generation of new and improved archive facilities in the UK, through encouragement and – most importantly – investment. The HLF’s head of historic environments, Sara Crofts, recently told me: ‘We have done a lot of funding of archives. Some of them are big public archives: for them digitisation is the big thing…to make things [more] accessible and get people interested in the archive, often through personal stories. Sometimes it’s the start of a very big project, like the Black Cultural Archives in Brixton. Some 33 years ago, it was just a group of people who had some material in boxes, in the attic. They wanted to put it somewhere where people could get to it, where they could share it with the next generation.’ That’s the big thing – getting the next generation enthused. And now, it is a fantastic new building in Brixton with a very positive media profile, lots of activities and lots of exhibitions. So, why are archives suddenly flavour of the month? The causes and motivations are various. As we embed ourselves deeper into the information age, more insight and knowledge (albeit of massively varied provenance and quality) is available to us than at any time in human history.

Yet, it is exactly this proliferation of information – and misinformation – that has thrown up the demand for something tangible, a physical destination, which represents authenticity and knowledge of a very particular kind. The explosion of the ‘fake news’ phenomenon during last year’s American elections shows just how difficult it is to engage our critical faculties while consuming vast amounts of information via our overwhelmingly screen-based media. As we flip from blog to online newspaper, from YouTube to radio podcast – we seem to be taking less time and trouble to distinguish between what is genuine and what is merely sensationalist propaganda. So, institutions are to be applauded for realising that, rather than bury their treasures in some dusty storeroom or exclusive locked vault, it does their profile no end of good to open these resources up to the public. It can even provide a source of income, via visitor facilities, boost the prestige of their collections, or justify applications for substantial grants and funding.

And most of the institutions in question are taking advantage of the opportunity to express their culture and ethos anew, through sophisticated design and architecture. Geoff Shearcroft, director of AOC Architecture – creator of the Wellcome Collection’s enticing new Reading Rooms – says: ‘People are realising that the space in which you look at the object affects the experience of the object as much as the object itself.’ AOC is currently working with the UK’s leading repository of historical information, The National Archives in Kew, which is part way through a four-year initiative to help make its 11 million records available to any member of the public. Digitisation is playing a huge part, but so is design. Shearcroft says: ‘They are trying to work out how they move from information management to cultural institution. We are exploring how the public can engage with archives in a different way.’ And for this, communicating a sense of civic openness is vital. In that respect, the current National Archives building leaves much to be desired, says Shearcroft, who describes it as ‘a grand concrete bunker. When you go in it’s like entering a motorway service station. Then you go into a room where you can open 2,000-year-old documents. The challenge is: how do you improve access? And how do you make it both physically and socially more interactive?’ AOC is reconfiguring the building to insert a versatile events space on the first floor, as well as new reading and learning spaces. In these rooms, Shearcroft hopes to provide greater access to The National Archives’ most revered treasures, such as the Domesday Book. It’s a little known fact, he says, that ‘any member of the public can touch an original. But some of the more exquisite pieces have restrictions around them. Early on, we proposed the idea of touchable treasures.’ What he means by this is high-quality replicas. ‘For the Domesday Book, it costs £6,000 to get a really authentic-looking reproduction. But if you could leave it out and allow people to leaf through the pages…as long as everyone knows it’s a copy and you’re not trying to fake it, it allows you to appreciate things up close,’ says Shearcroft. ‘We learned that from our experience at the Reading Rooms. High-quality reproductions have an amazing potency, because you can touch and leaf through them.’

In the museum world the idea of replicas is very contentious, says Shearcroft – after all, museums stake their reputation on the authenticity of their collections. ‘But with archives, we’re realising more and more that’s an interesting angle.’ For The National Archives, the appeal of greater public access is obvious, both in terms of emphasising the importance of original documents, but also the richness and diversity that historical documents offer. Says Shearcroft: ‘At a time when education is moving towards a singular view of history, archive education departments see their role as reminding everyone that history has many different strands – to show that there are many takes on the same event. Take, for example, documents about the sinking of the Titanic. By looking at the originals and reading testimonies of survivors and records of the ship, archives allow multiple voices to be heard.’