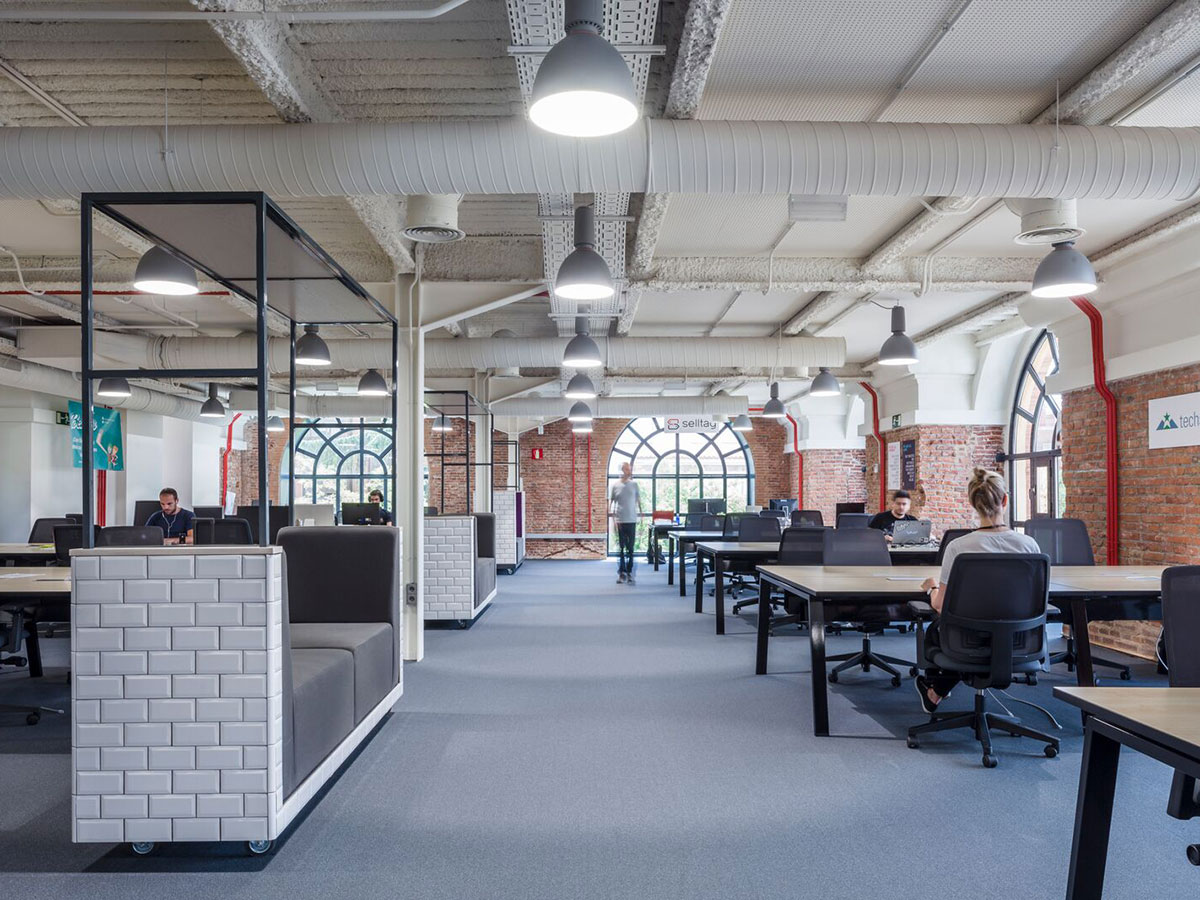 There’s a new community hub for the digital giant This is not Jump Studios's first collaboration with Google, having worked on the London campus in 2012. According to Jump Studios, it was the rolling success of 'Campus London' that led to the expansion of the community hubs Madrid, London, Tel Aviv, Seoul, Warsaw and São Paulo. The notion behind these hubs is to create spaces to learn, launch start-ups and share ideas. The new building consists of five stories in what was once an electrical storage battery factory constructed in 1892. The historic building now represents an innovative and functioning environment for Google workers. Some 7,000 members will be able to work here, alongside 50 resident start-up companies.

The building's highlights include:

- A new entrance positioned on the south side of the building, opening up access to a public plaza and the main road above it via an adjacent staircase
- A striking artwork by local artist Ricardo Cavolo titled 'Unstoppable'
- The Campus café, operated by healthy food provider DO EAT
- A high-tech, triple-height, 200-person capacity auditorium Senior Associate Michelle Nicholls of Jump Studios comments on the project, 'Our design delivers a juxtaposition between the old and the new, where history merges with a contemporary style presenting a unique environment for Google's members.' Nicholls says, 'The consideration Google has for its campus members needed to be mirrored in an environment that enables and fosters effective communication with clients and co-workers in both physical and virtual formats. No two start-ups are the same and this is acknowledged in our design by the creation of a variety of formal and informal spaces that will allow members to grow not only as businesses but also as individuals.'