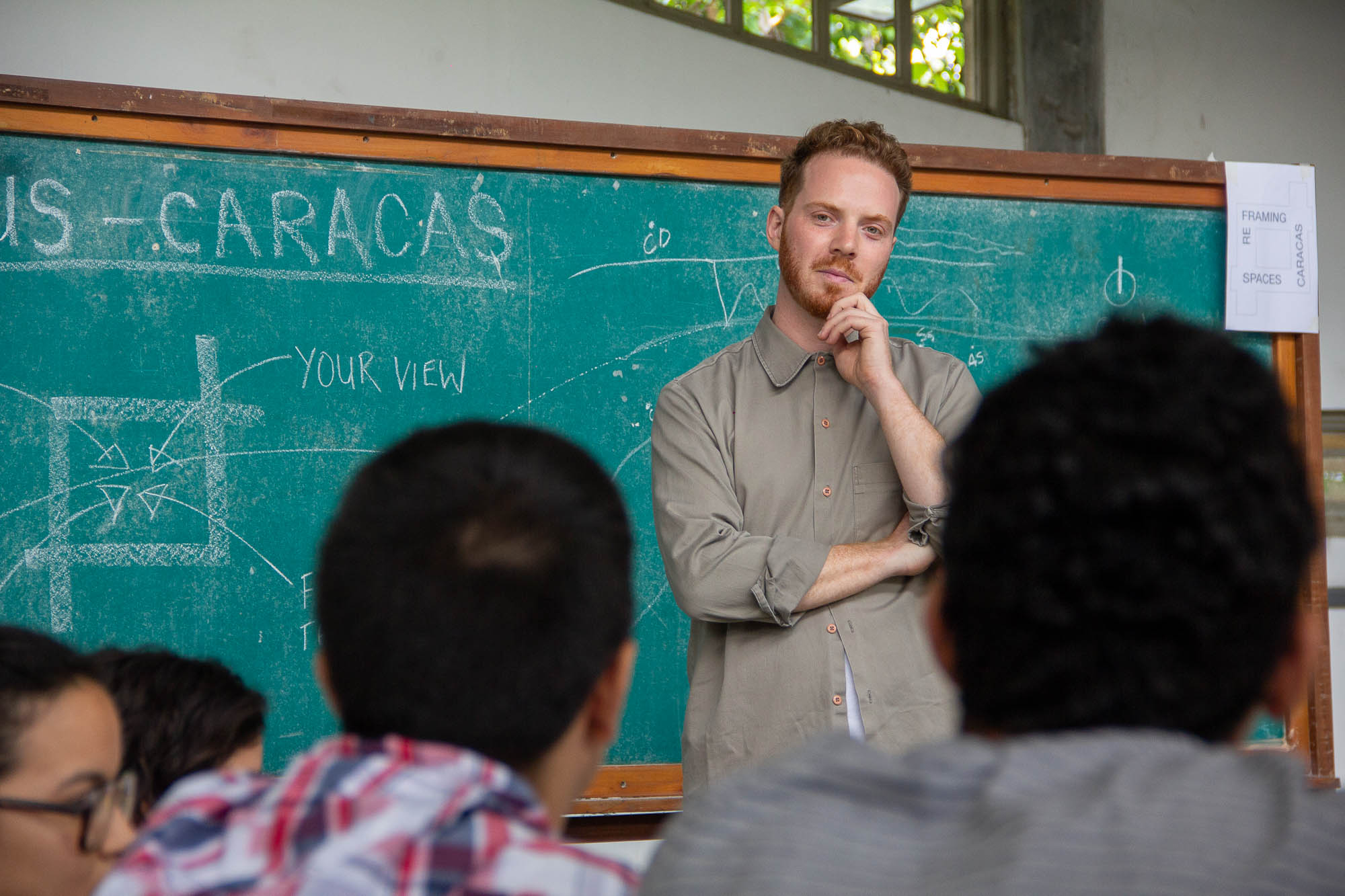 WHERE: Bath and London, UK

Whether on the streets of Caracas or London, the Catalyst Cube — a small and mobile cuboid structure that unfolds to host events from education to performance — highlights what a robust, provocative, hospitable and engaging temporary intervention can do to animate an unloved urban landscape, regardless of culture or climate. Its originator, Will Sandy, is a British landscape architect and urban designer with a desire to find solutions that literally ‘reframe’ those parts of our cities that are underused; to reconnect communities with the multiple human potentials of the space around them.

It was to that end that the British Council selected Sandy — from an open call-out entitled Reframing Spaces — to see what could be achieved through strategic outdoor interventions in Caracas, a city that has endured years of deprivation and hardship thanks to ongoing political and economic turmoil; nearly a quarter of Venezuela’s population are deemed to be in need of humanitarian assistance.

‘Caracas is a city of contrasts: urban and rural, formal and informal, divided by physical and psychological barriers,’ says Sandy. ‘Among the issues that currently affect the city is the decrease in public spaces for leisure and entertainment, and the risk of security and violence, compounded by its dense population and deficiency of services.’

Sandy spent two weeks in the Venezuelan capital, one in October 2018 and another in January 2019, travelling all over the city, talking with people and developing ideas with collaborators, from local architects and engineers to schools and students. ‘Before you go to Venezuela you see images all over the media of quite graphic tensions. But there’s a real sense of pride and determination in the people living there. The first thing I did was try to find a way to consider how they saw the day-to-day and how I could see it through their eyes.’ Focusing on the positives, he started gathering a kit of parts that could be turned into a tool for conversation as well as transformation — resulting in the Catalyst Cube. ‘The cube form was chosen for its robust, practical shape and simple fabrication,’ says Sandy. He worked closely with Caracas-based practices including architect Incursiones and steel fabricator Smith Falchetti, and received assistance from local architecture collective adjkm, to develop the mechanics and materials for the structure. It is easily stackable and moveable, and measures 2.4m x 2.4m x 2.4m to allow for the use of stock-size materials and ensure that the design can be easily fixed, updated or evolved.

‘The project developed organically, presenting an open-source overview of the design, that could then be detailed to respond to the materials and resources available,’ says Sandy. ‘In Venezuela, practitioners have to create self-sufficient networks, adapting designs to the materials available.’ From the moment the prototype opened, in November 2019, says Sandy, people were asking to put on yoga lessons, a comedy festival, poetry nights, all of which it can accommodate. At the opening event, ‘we had puppet shows, English lessons, a really good interactive theatre production, live music and 3D visual projections’. The idea is it will spend four months in different parts of the city, at the request of specific communities, to reveal what they would most like or need.

Sandy sees obvious applications all over the world — especially where strife or speculative development has divorced people from their traditional connections with public space (Londoners have a chance to review the project at an exhibition at the Building Centre, until 29 August).

The innovative Cube helps realise a long-held ambition of Sandy’s to try and ensure that meanwhile or temporary interventions can actually help to give people a voice, so that they can inform the evolution of regenerating areas; too often these meanwhile initiatives are mere band-aids to compensate for inadequate or superficial consultation. There are many more meaningful ways to animate new or regenerating areas than the ‘burger and beer’ pop-ups, he says.

The studio’s Edible Avenue scheme, an interim project as part of the wider Nine Elms Development Plan, activated the 1km-long western boundary of the site with planting. ‘Working with the local school and community, it’s about empowering them to be part of the wider developments and have a voice at the table,’ says Sandy.

Sandy’s teenage years in the skateboarding and BMX communities of Bath and Bristol were instrumental in shaping his desire to unlock the potential in a landscape. ‘It was the first community culture I became part of,’ he says. ‘We were exploring the city with very different eyes. If what you need is not there, you make it.’

At 14, he remembers a member of his BMX crew hiring a digger to turn a piece of disused land they had spotted in Bath into a BMX park — a space which has since become a valued community asset. ‘That was about creating social activity where there had maybe been antisocial activity. Working directly with the landscape to make something out of nothing for us led directly to me wanting to study landscape architecture.’

In between his politically and artistically motivated installations, Sandy’s bread and butter work has included the usual roster of private gardens, though now the projects are expanding in scale and ambition. And he is currently working on Catalyst Cube 2.0, which will have more permanent seating that folds down, ‘so people can read the paper or play chess’, he says. ‘You are just providing a tool of many configurations. It could be made open source.’ Expect this new version to emerge at a location near you, imminently.