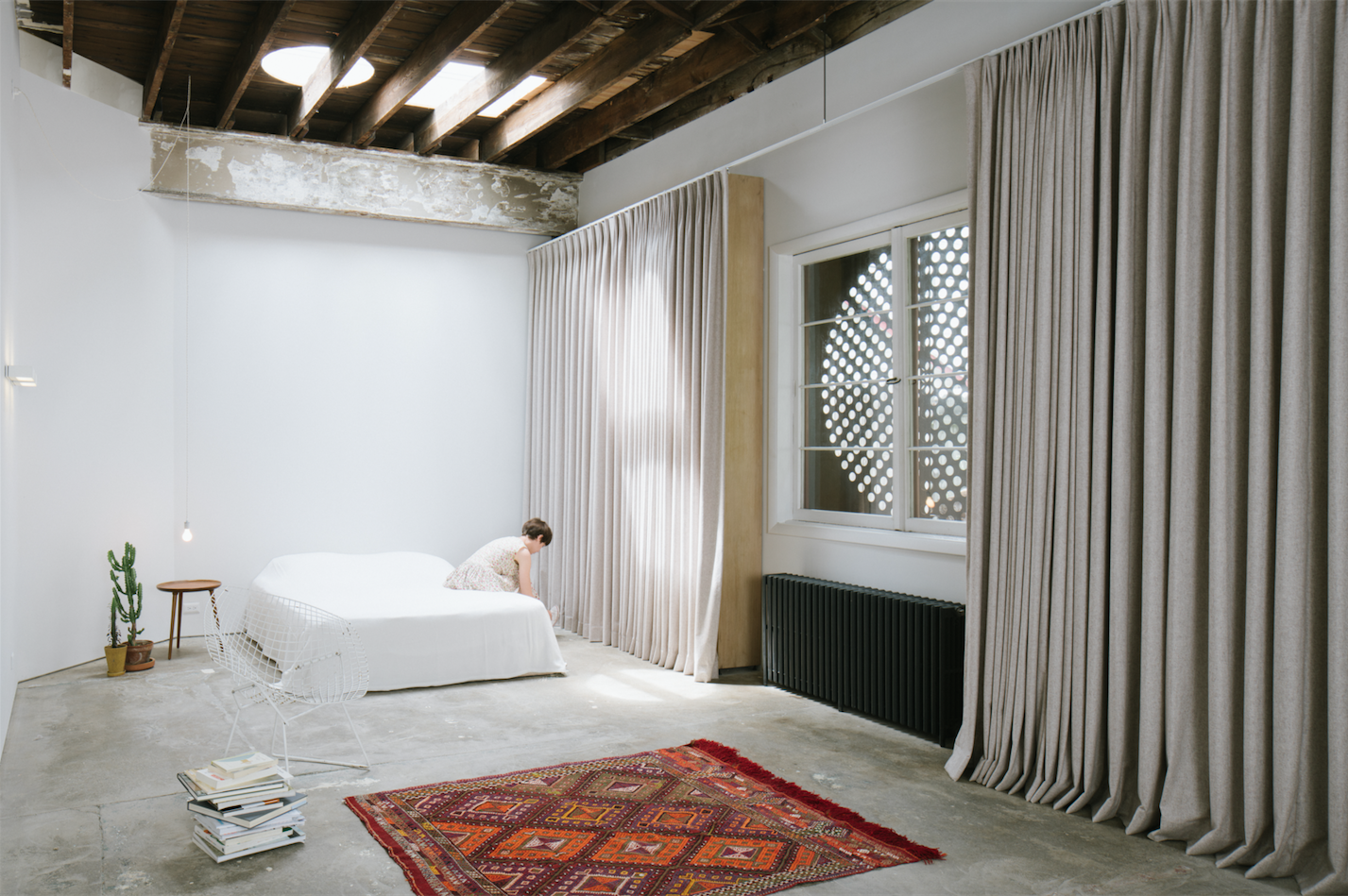 Where
Buffalo, NY, US

‘Here in Buffalo we’ve lived in hundred-year old houses and there are always signs of the past inhabitants,’ says Stephanie Davidson, one half of design studio Davidson Rafailidis with Georg Rafailidis. ‘We get daily reminders that your turn in the house is just one of a handful.’

Davidson’s musings on her home are typical of the studio’s thinking on architecture’s relationship with time, use and adaptability. The duo’s projects, both built and conceptual, express a keen awareness of a building’s many lives and the ways they can be used over time.

Take Big Space Little Space, a single-storey residential project completed in 2017 for a private client in Buffalo (and commended in the Small Project category of the 2018 Blueprint Awards). Taking a 1920s masonry garage that had been previously altered to incorporate a small office, Davidson Rafailidis reconceptualised the site into three sections.

The central core now holds living facilities — kitchen and bedroom — which can be expanded out into the two secondary spaces — garden and workshop — depending on the needs of the user and the time of year. In the winter, when Buffalo residents tend to retreat from the outdoors, the heated central core is primarily occupied. ‘Then in summer everything can open up,’ explains Davidson. In Big Space Little Space, the practice transformed a 1920s masonry garage into a home which can adapt to the seasons. Image Credit: Florian Holzherr

‘All the doors are open and the skylights are open and there’s a direct connection from the workshop to the garden. There is a flexibility in size and the use of the space that comes in direct response to the seasons and how radically they change here.’

Adapting to changing weather was also a major influence on Davidson Rafailidis’ project for Cafe Fargo, a coffee shop in a residential neighbourhood completed in 2015, again in Buffalo. The duo converted a neglected corner store, built in 1929 as a brick addition to a three-storey, nineteenth-century house.

Instead of designing for climate control systems, Davidson Rafailidis opted for incisive architectural moments that allow the space to adapt to the city’s weather extremes. For Winter, a ‘kachelofen’ (masonry heater) was designed and installed for the space. Typically found in traditional German apartments, the kachelofen is a wood-burning stove with in-built heated furniture that creates a warm, spatial centrepiece to a living room. In Cafe Fargo, the stove heats an adjacent, 4.6m-long bench from below.

Davidson Rafailidis has also been applying its thinking around adaptability and the life of buildings — ‘everything that happens after what we directly do,’ as Georg Rafailidis puts it — on a broader urban scale. ‘We are interested in the independence of buildings,’ he explains. ‘As soon as they’re completed they start developing their own relationships with the outside world, people and users.’

These relationships were explored most directly with Free Zoning, the studio’s award-winning entry to the 2014 Strip Appeal competition at the University of Alberta, which sought innovative ideas for the struggling typology of the strip mall. ‘We imagined that everyone would enter with green roofs and bicycle lanes and happy skateboarders,’ says Rafailidis. ‘That’s kind of a waste of time because no one will invest any money anyway. So we thought we would rather try to develop a financial strategy or social strategy that would trigger a new form.’ They proposed the dismantling of the existing structures at a Buffalo strip mall, the organisation and cataloguing of materials, the relaxing of zoning laws and the eventual construction of new typologies on the same site using the recycled materials.

Davidson Rafailidis’ approach is processled, radically adaptive and not devoid of fun: their next project is a set of furniture and interior design for a cat cafe in Buffalo.