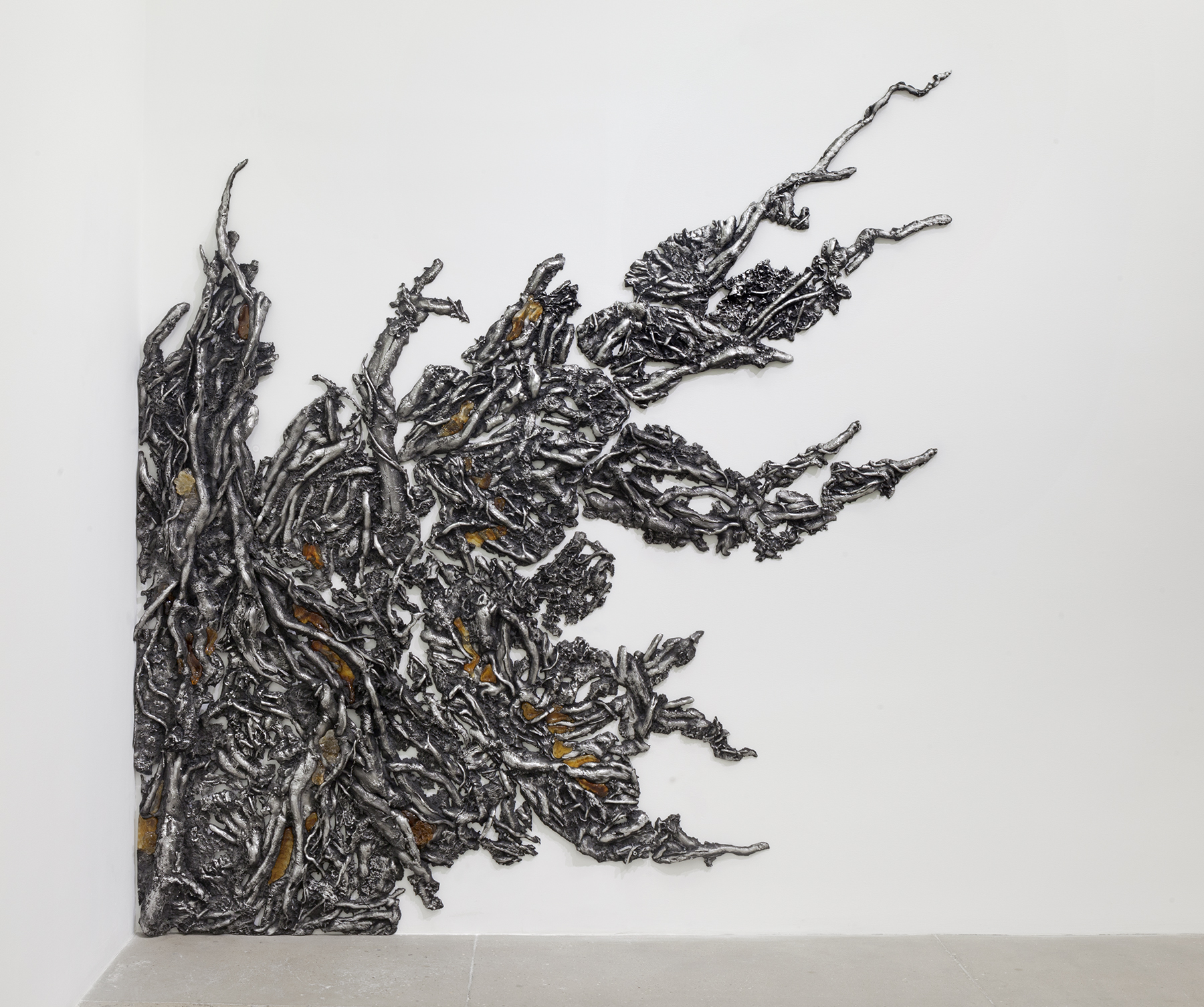 A new solo presentation of work by Cristina Iglesias called Entwined was recently announced by Marian Goodman Gallery in New York, and the exhibition opened last week. Running until February 10th, Iglesias has created an exhibition which features several mural pieces that seem to grow from the ground, running up along the walls of the gallery. Throughout her career, Iglesias has created a unique sculptural vocabulary; she builds on environments that reference and unite architecture, literature and site-specific influences. By rendering constructed and natural forms in various materials, Iglesias redefines space by combining interior and exterior, or organic and man-made materials, to produce unexpected results. Entwined tries to remind the viewer that “life lies under everything we stand upon”, with the pieces invading the walls in nature-inspired patterns. Looking closely at each mural, the viewer should be able to see details that mimic pieces of crystallized nature. “The framed world of Cristina Iglesias is a place of thresholds suspended on the brink of imaginary sites. Here sculptures are built in imaginative dialogue with architecture and the environment, exposing their temporalities. Made of various materials that suggest a metamorphosis of live states, the work calls for fluid forms of inhabitation,” Giuliana Bruno mentions, regarding the artist, in The Thickness of Surface: Projections on a Screen Wall. Iglesias created a range of permanent public projects in Europe during 2017, and also completed several important commissions - including Forgotten Streams for the Bloomberg Headquarters in London. Forthcoming projects for 2018 include a solo exhibition planned for October at the Botin Foundation in Spain.

Galaxia is the spiraling, star-inspired temple at the heart of Burning Man 2018