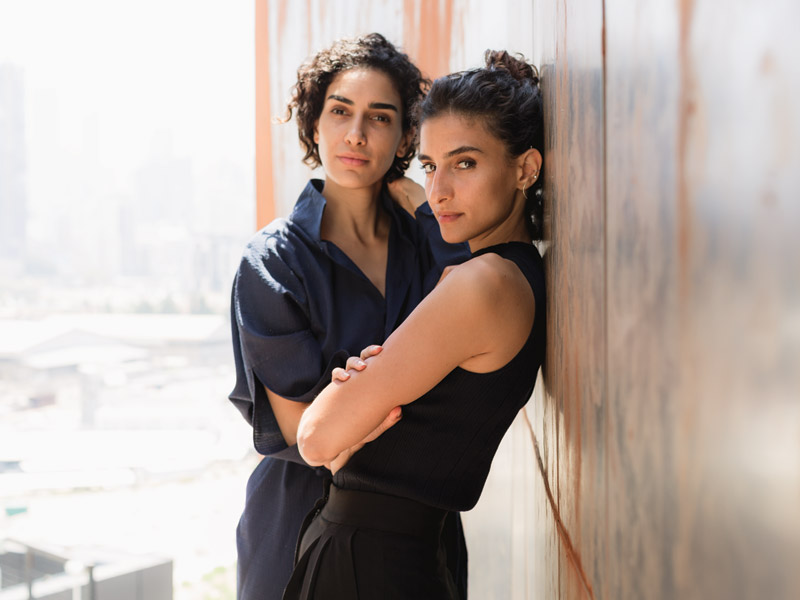 T SAKHI is a multidisciplinary architecture and design studio co-founded in 2016 by Lebanese-Polish sisters Tessa and Tara Sakhi, who have been joined by architects Elie Harb and Aman Slim. It describes its aesthetic as ‘occidental-oriental’, influenced by the sisters’ mixed heritage and having bases in both Beirut and Milan.

Important to the studio is the collaboration with partners locally as well as all over the world to celebrate cultural variation and encourage dialogue out of the differences and similarities between them. T SAKHI lists these many collaborators – from a number of different disciplines and across the world – on its website.'

The sisters’ human-centric focus aims to counteract the fast-paced and often impersonal world. They believe in the benefits of creating structures both permanent and ephemeral to engage people, intrigue them and leave lingering impressions.

Work ranges from sensual interiors for restaurants and nightclubs, to exhibits and furniture designed to make you stop and think; provocations include the overuse of phones, or how to circumvent the daily challenges of T SAKHI’s divided home city of Lebanon.

While the studio predominantly works with physical forms in the city landscape, T SAKHI encourages further interaction by inviting directors, musicians, writers and fashion designers to collaborate, with the results put into a number of award-winning films. Fleeting Hearts, Deck on the Beach nightclub: Created by T SAKHI, Fleeting Hearts is a mountable and demountable structure that transforms a beach-side space into an open-air summer nightclub, with a DJ booth, dance floor and bar. A focal point is the floating illuminated ring where the light pulses in time with the music. Image Credit: Tony Elieh Wal(l)tz: T SAKHI curated the Lebanese pavilion for 2019’s Dubai Design Week, with an interactive wall to interrogate the excess of walls around Beirut and the wall’s function as a social obstacle. It is made of porous recycled foam, with holes and other interruptions that encourage interaction from both sides to circumvent and disrupt the barrier the wall itself creates. Scents of my Roots, ADAR Restaurant Épicerie: This Mediterranean restaurant in Paris seeks to portray Levantine culture through all five senses while avoiding clichés. The colour palette comes from the landscape; dried herbs and spices hang from the ceiling in a mesh chandelier; and warm material textures cross from interiors to handmade ceramic plates.
Image Credit: Romain Bassenne