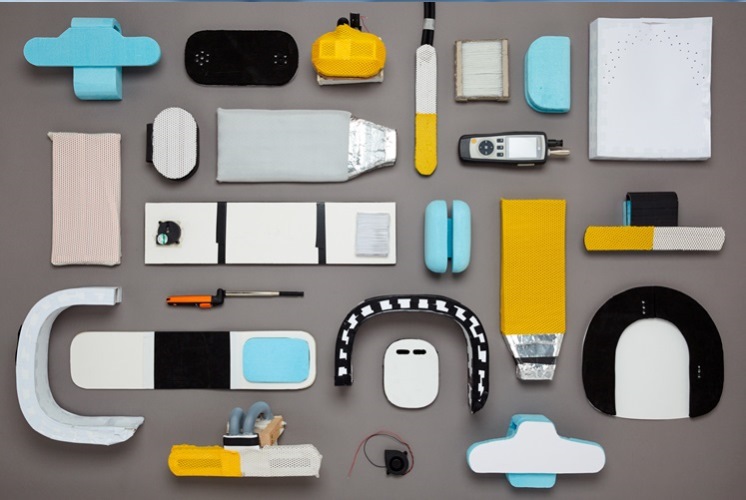 Jon Marshall, director of MAP, said: “We met Brizi founder Yosi Romano in 2015 and were really struck by his personal story: his deep concern about the quality of air his daughter was breathing while in her pushchair.”

Controlled by an app, the dual fan filter that cleans the air that the baby is breathing can be turned on and off with a single tap.

“We were intrigued by Yosi’s idea of a product that would help parents filter the air their children breathe, while also providing an air quality sensor which enables them to identify air pollution hot spots and use that data to campaign for change.” Said Marshall.

A sensor records the level of pollution in the area and will provide app users with data on pollution levels around them. MAP teamed up with London software firm, We Are Hive, in order to advise parents on how to protect their children. Together, the apps provide details on pollution hot spots allowing parents to avoid them.

Describing the design process, Marshall said: “We developed a range of ideas that clipped onto different areas of the pushchair, but the real breakthrough was to develop the cushion design that sits behind the baby’s head with an air intake on one side, the output for purified air on the other and a separate air quality sensor that can be positioned on the pushchair or a bag.”

MAP is an award-winning design consultancy with a focus on problem-solving recurring issues in the industry and improving lives in order to ultimately make a difference in design. Last year the company was named Creative Review’s 2016 agency of the year.