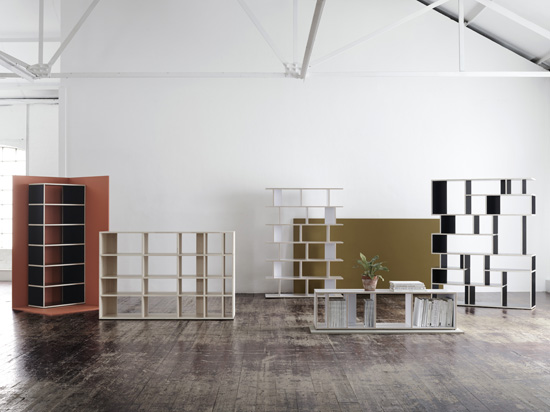 Emerging Warsaw-based start-up Tylko suggests how we might all be purchasing furniture in the future — with the use of an augmented reality app. Cate St Hill tests it out

When buying a piece of furniture, it's always hard to truly know what it will look like in a room. Sure, you can measure out the size or hold up meagre fabric samples, but you never really know until you get it in, find that it can't fit through the front door or frustratingly doesn't look as good as in the pictures. Augmented reality lets you try before you buy - usually in the form of an app that allows you to virtually place 3D images of to-scale items on top of a real image of a room.

Ikea first brought this into the mainstream and released its augmented reality app in 2013. Customers scan a little plus symbol on a page of its catalogue, then place the catalogue on their chosen spot in their room and voilá, a Billy bookcase appears. Now Warsaw-based start-up Tylko, showing at designjunction, has launched its own - much better - version for its premium bespoke furniture range. The clever thing about Tylko's iOS app (an Android version is on its way) is that it allows users not only to visualise designs in situ, but also to adjust the size of a piece of furniture once it's in the augmented reality set-up; you can lengthen a table top or shorten its legs if it doesn't quite fit into its chosen spot.

Like the Ikea app, you use a 'context card' on a flat surface where you want the piece to appear. Then, once in the app, the camera is pointed at the context card, the piece of furniture appears and you can then simply slide various dials to change the colour or size. Items can be purchased straight from the app too. It essentially means users can customise and design their own pieces of furniture, with a few carefully curated parameters of course. 'I've always thought that the perfect furniture design is adaptable to individual needs, while following a specific design intent,' says designer Yves Behar, who has been working with the brand since meeting the team in San Francisco in early 2014 and now advises Tylko on business. 'Tylko is building the future of furniture design. Now, anyone can build, detail, shape and colour the ideal furniture piece for their home; this is a new way to design.'

For Tylko, Behar has designed the Hub Table made of durable laminate. It has a choice of leg angles, from two degrees to 13 degrees, as well as a variety of crafted leg details with three shape algorithms, from spheres and cones to simple rectangles. Designs can be finessed in the app, allowing customers to create a plain office desk or coffee table, or a bolder, more unusual dining table. Tylko also showed at designjunction the in-house designed Ivy Shelf, a flat-pack unit that can be adapted to four styles in either laminated plywood or solid sycamore. There was also the playful Totem Mill, a salt and pepper mill made of dozens of interchangeable beech wood modules, designed by Krystian Kowalski. All three products are designed to be customisable in the app.

It's surprising that no other mid-end to high-end furniture brand has tapped into this augmented reality technology in such a way. Tylko's app has a clean, simple interface and it couldn't be easier to use. It lets the user feel like they have created a one-off piece, but the parameters set out by the designer mean you'll always get something that looks good. Described as the 'world's first digitally customisable lamp', the steel design, handmade in a factory near Venice, comes in eight shapes with interchangeable top and bottom shades. Each is available in 22 bright colours as well as black and white, meaning, as Hem has estimated, there are more than 10 billion possible combinations.

Hem also opened a pop-up in Covent Garden's Seven Dials, which will be open until February. Again, furniture and accessories are customisable with interactive technology; it's essentially the same as Tylko's app but without the augmented reality - various options on Hem's website allow customers to adjust dimensions and materials.

Perhaps this is the future of furniture design: putting the tools in the customer's hand, letting them adapt by touch, visualise the pieces live in a space and make it their own, all in one seamless, integrated online space. There will be no need for showrooms or shops, but it is going to make decisions that little bit harder.