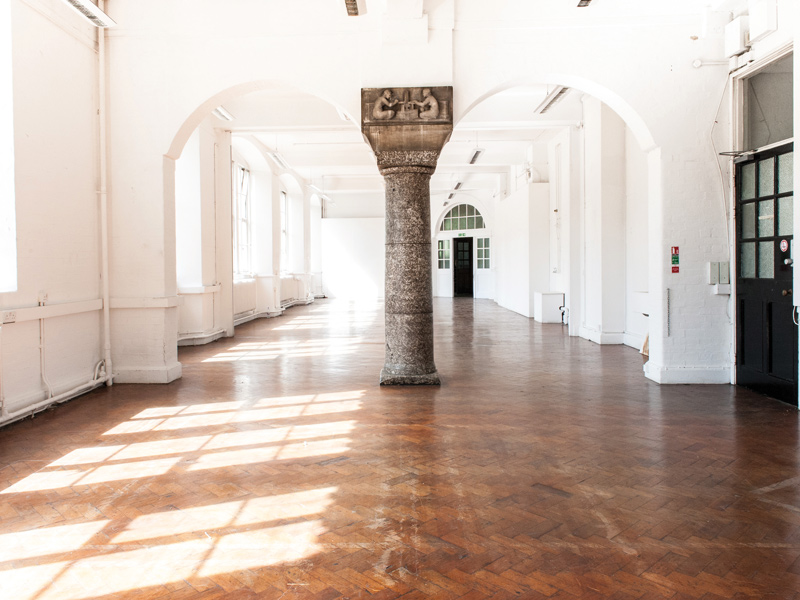 A preview of the must-see events at this year’s London Design Festival, from Alex Chinneck’s awe-inspiring installation in Greenwich to designjunction and products from Benjamin Hubert’s new practice Layer

Now hitting its half-decade, designjunction has a new main home in the old Central Saint Martins building on Southampton Row. More than 180 brands will be on display in this great old building, which was originally The Central School of Arts and Crafts, set up in 1896 under the auspices of its first principal William R Lethaby. Across the way in Victoria House, where designjunction opened its doors for the very first time, a further 35 design-led pop-up shops will be gathered.

Brands and designers on show at designjunction will include Wrong for Hay, Fritz Hansen, Benjamin Hubert, Modus, Proof, Hermann Miller, Vitra, Artimede and Bisley. Over in Victoria House, you'll find the likes of Heal's, Melin Tregwynt, Nest.co.uk and Outline Editions.

Transport for London will be making a big splash at the event with a life-size, pop-up Underground station made out of... wood. This has been designed by Camilla Barnard and will sit next to the TfL Cafe, where Blueprint will be hosting the RIBA Architects' Breakfast early morning view. There'll also be a full seminar programme arranged around the theme 'Design for a Reason'.

Design education... WTF?
Continuing with the central theme of this issue of Blueprint, we will be involved with what promises to be a lively debate on the future of industrial design education and how it can stay - or become, depending on your point of view - relevant. Organised by Central Saint Martins' Matt Malpass and Nick Rhodes DE... WTF? is split into three parts starting with the discussion on 17 September. Themes from the discussion will be explored in an onsite design studio on the 19th (Saturday) that will develop them into 'visions of a future', which will be presented the following day.

Blueprint will be a host at Transport For London café at designjunction for the Architects' Breakfast event (RIBA members only). Come and join us if you fancy a break from tramping around the show. For tickets to the event go to ribalondon.