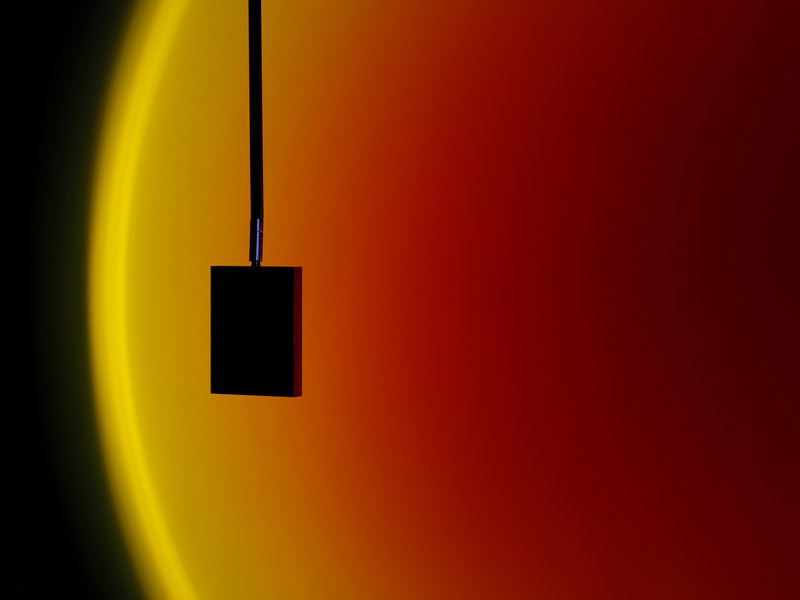 One of the things that has bugged me for years is how much human creativity, ingenuity and energy goes into producing complete tat. The species that created the Sistine Chapel and put people into space has also contrived to produce the plastic singing trout and the gaudy lighty-up gondola.

Arguably, though, this less serious inventive impulse has manifested in a good way during the grimness of lockdown, with a stream of videos of people feeding toilet ducks, covering Trump in Wotsit dust and transforming themselves into a horse with no name.

In this particular lighting backyard, it’s heartening to see the degree of creativity now being applied, whether it’s technical innovation or the transformation of luminaires into quasi sculptures. And, on reflection, the world would be a duller place without some of the battier creations of Ingo Maurer. In the sad absence of the usual trade fairs, the following are among the more innovative and aesthetic developments to emerge in the past few months. Milan-based product and consulting design firm Mandalaki Design Studio works on the boundary between art and technology, with often stunning results. Its latest venture into lighting is the Halo Edition, which stems from its research into optics and white light frequencies. ‘We isolate frequencies of white light, and we cut the frequencies we don’t want,’ says the studio. The angle of refraction is also manipulated, producing a vivid palette.

‘Through our optical research, we found a brilliant way to balance the physicality of the lamp while unleashing a projection of infinite shades of colour,’ the studio adds.

‘As a result, the Halo lights are more than just a source of illumination – they’re a graphic projection, precise and defined.’ Floor, surface and ceiling-mounted, Halo comes in five versions. Halo One, made of anodised aluminium, iron and glass, is the most basic model and stands 120cm high. With a fixed head, it produces a circular projection in a sunset-red colour.

Halo Evo, although the same size as Halo One, goes a step further with a flexible head that allows the user to create more graphic patterns and to extend the possible projection surface. This version comes in deep blue as well as sunset red.

The widest orb is cast by Halo Big, which is capable of producing several other graphics, allowing ceiling and walls to become immense paintings. At 180cm high, it is also available in deep blue and sunset red.

Halo Up, measuring 4x4x32cm, is the most versatile and compact version of the range. Also available in deep blue and sunset red, it is easily positioned in different environments, while the adjustable head allows a wide variety of compositions.

Halo Sky is the only ceiling projector with enhanced LED light, and an articulated head and rod. Designed for architectural projects or site-specific installations, it again comes in deep blue and sunset red colours.
haloedition.com The world is not short of task lights one way or another so it is always interesting to see a company bring something new to the party. And, of course, Dyson invariably looks at things from a fresh angle. We have long known that age is one of the variables when it comes to how much light we need to see properly (a 65-year-old needs up to four times more light than a 20-year-old). So Lightcycle Morph adjusts its light output depending on the age of the customer.

Equipped with local daylight tracking based on the location of the task light, it tunes its output according to the user’s task, age and mood. The Age Adjust feature corrects brightness based on the age entered into the app, meaning that the older the user, the brighter the light. There are also several preset modes: study, relax, precision, boost, wake-up, sleep and away.

‘Our aim was to challenge the fundamental conventions of contemporary artificial lighting and find a solution,’ says chief engineer Jake Dyson.

As well as a daylight-tracking algorithm, it has three warm and three cool LEDs to tune colour temperature and output. The optical head rotates 360 degrees to bounce light off walls, floors and ceilings while the stem lights up with an orange glow. An orange filter creates the ultra-warm light, reducing the colour temperature from 2700K to 1800K to mimic candlelight. The optical head can be docked using a magnetic touch-glide mechanism so the stem alone can provide an evening glow.

This perforated stem features 16,740 micro apertures, which create a gradient to the lit effect. The highly reflective surface inside the aluminium core allows the light to travel down the length of the stem and with a 360-degree uninterrupted lit effect.

The Lightcycle Morph comes in desk and floor options and has manual control with slide-touch dimming and colour temperature selection. It can be pre-programmed and assigned names for up to 20 light settings, to suit the task or mood. For residential (or hotel) applications it can deliver an artificial sunrise every morning, allowing users to wake more naturally than with a sound alarm.

To help save energy, an infrared movement sensor switches the light on when someone is near, and off once no movement has been detected for five minutes. An ambient light sensor means that if background light suddenly changes, light output levels are adjusted to keep the user’s space at a constant brightness.
dyson.co.uk

Aqua Creations established its reputation with the marine-influenced organic confections of Ayala Serfaty. Recently, it has ventured into techier territory with its Lighting Experience Design Collection.

The latest addition is the Manta Ray Light, a wall fitting that offers installed scenes, colour presets and a programmable colour spectrum using Wi-Fi and 4000 RGB addressable LEDs. ‘We finally achieved the balance of light, art and technology in a product that can be both performative and practical,’ says founder and creative director Albi Serfaty.

For commercial, retail, residential and hospitality applications, it can be used for dynamic effects – images and videos can also be uploaded – or adjusted to provide a straightforward reading or leisure light.

It can also be programmed to mimic daylight colour temperatures throughout the day. It can be pre-programmed using a web app with custom code or the existing presets, and also controlled live and externally using a computer, smartphone app or remote control.
aquagallery.com Another design by BIG for the Artemide range, Ripple is also a modular suspension system that can be used to create different configurations, this time from the ceiling. And like an increasing number of light fittings it also has a sound absorption function.

There is a basic circular element housing the LEDs and optics that comes in three different diameters (300mm, 500mm and 700m). These can be used as they are or combined with a fabric diffuser, softening the lit effect and acting as an acoustic element. The structures are made of a thermo-conductive moulded plastic material that dissipates heat, allowing high-power LEDs to be used.

Combining the two elements and using the different sizes means that organic patterns can be devised, which will also calibrate light levels and acoustic control, as well as aesthetic effect. The system can be controlled by the Artemide App.
artemide.com

Designed by Martín Azúa, Halo Wall is one of those fundamentally simple concepts – you don’t get much more minimal than a 1m linear LED unit – that can be used to create complex compositions. Effectively it’s a series of lines that you can draw with. It works as a series of single vertical lines on say, a stairway, or as a graphic wall sculpture for an office reception, hotel lobby or any public space.

A double methacrylate diffuser on an aluminium profile, the fitting provides a soft diffuse light (15W, 3000K, CRI 80) and be can rotated to form parallel, perpendicular and inclined axes.

It is not just decorative. Halo Wall provides a general ambient lighting but also functions as a reading light when placed close to seating areas.
vibia.com Technically sophisticated and with infinite creative options, the Superrail system is nothing if not versatile. A miniaturised track just 25mm wide, it can be ceiling, pendant or recess-mounted in minimal and frame versions. It can be used with direct and indirect luminaires in both the upper and lower sections, as well as LED screens for continuous general direct and indirect light. By installing Matteo Thun’s new Robin spotlight on the top, for instance, combined with general light modules underneath, it’s possible to achieve a dual solution of spotlighting and continuous uninterrupted general light.

The system is also compatible with other iGuzzini luminaires, including Laser Blade pendant, Laser pendant, Laser Blade XS, Palco LV and LED sticks for general light. The track can also integrate smart accessories such as iBeacon for a smart light management solution.
iguzzini.com