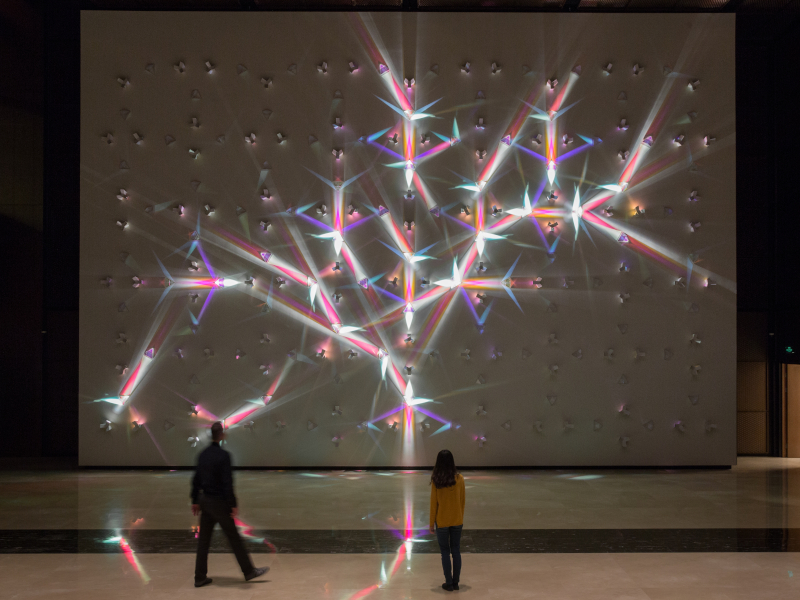 Technology and art embrace in the work of Jason Bruges Studio as they employ a number of techniques to transform spaces and tell stories through the medium of light and space.

OVER RECENT DECADES there has been a healthy dismantling of pigeonholes in art, architecture and design. Perhaps most notable has been the erosion of the barrier between art and technology. Bifurcated by an education system that drove people down either the arts or science channel, the disciplines had come to be seen as inevitably requiring a different mindset and skill set.

Studios such as that founded by Jason Bruges in 2002 have rather blown that thinking out of the water. JBS bills itself as ‘a pioneer of the hybrid space between art, architecture and technology’. Bruges’s roots are in architecture, but he has branched out into fertile, futuristic ground. He studied at the Bartlett, UCL, where, formatively, he became involved in a research group working in cybernetics and robotics. He worked at Foster + Partners and subsequently Imagination, where he became a senior interaction designer. 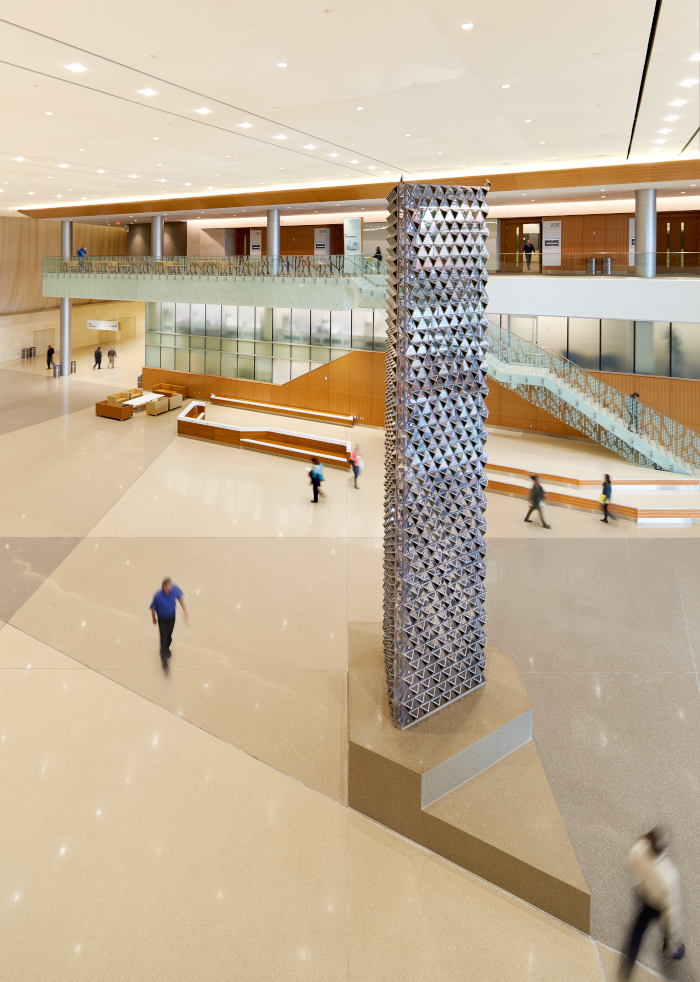 Materialising everywhere from urban spaces, corporate lobbies and museums, to a children’s hospital, bridges and building facades, the studio’s installations involve cutting-edge technology and mixed media. They are diverse, dynamic, immersive and interactive, responding to their surroundings, environmental forces – sun paths, wind speeds, photosynthesis – and to people as well. 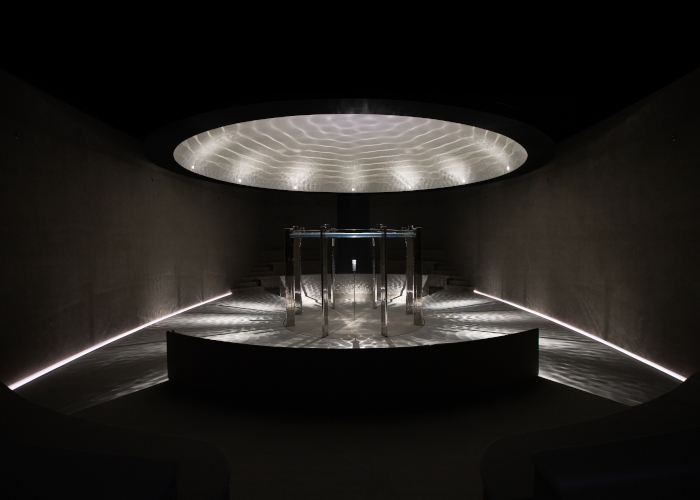 Among the studio’s better-known UK installations are the New Year’s beacon for The Shard; digital, interactive wallpaper at Great Ormond Street Hospital; the Showtime facade of the W Hotel in Leicester Square, and Platform 5 at Sunderland Station, a 144m-long work which produced an extraordinary virtual platform with shadowy moving figures. 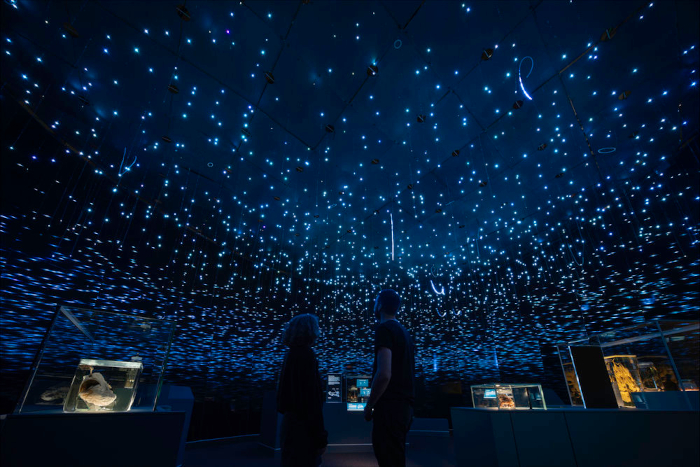 ‘At the heart of the work is an exploration of the interrelationships between people, data, nature and technology,’ says Jason Bruges. ‘Like sculptural barometers, the artworks tap into the emotional tapestry of a community or place by translating live feedback into living, breathing, spatial interventions. ‘Through interaction, play and spectacle, the artworks influence the way different spaces are inhabited.’

Light is fundamental to nearly all the studio’s artworks. It is the mesmiriser and messenger, the visual signifier of whatever stimulus the artwork is programmed to respond to. ‘I use light in many different guises to bring environments to life, whether it is illuminating a material, creating texture and animation, carrying information, or telling a story,’ says Bruges. ‘It’s also impossible to think about light without considering shadow. The interplay of the two introduces an element of sculpture. Where it becomes interesting for me is the ephemerality. Sculpting with light means the outcome is never static – it is alive and changes over time.’ 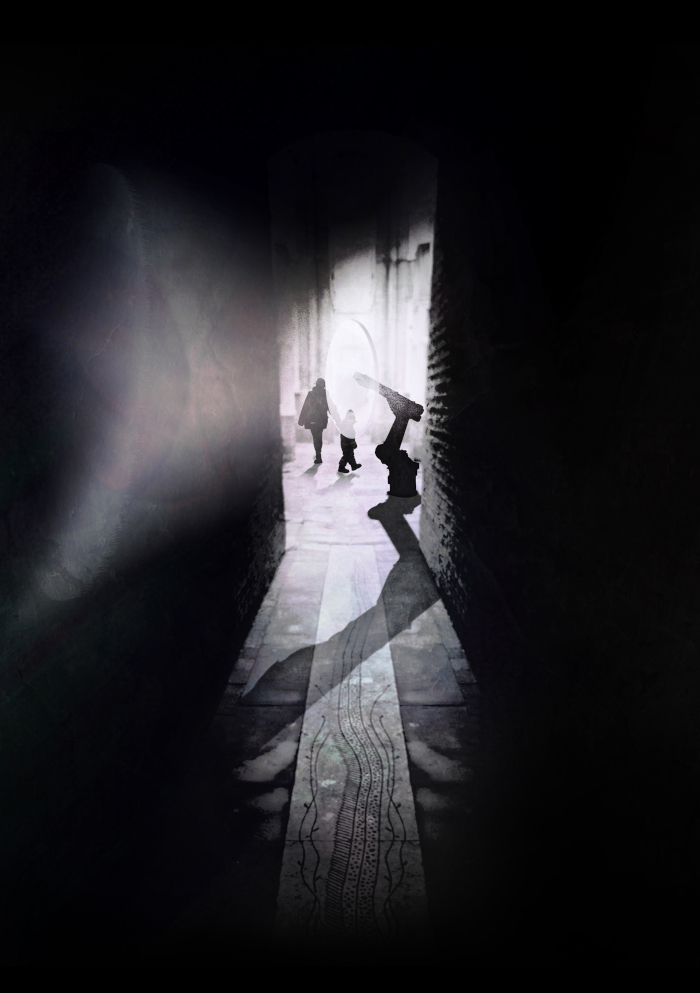 ’Where Do We Go From Here?’ featured groups of repurposed industrial robots of varying sizes, located from ground to rooftop in Hull’s Old Town. Interconnected and creating a wide range of light effects, they animated and highlighted unseen places, encouraging people to see the city in a new light. Client: Hull 2017. Location: Hull Old Town, Hull. Year: 2017/18

‘Increasingly, the studio is using technology as a tool to reconnect people with nature,’ says Bruges. ‘Projects are heavily influenced by biophilic design principles and a desire to transform urban life into a more environmentally conscious, nature-oriented experience. 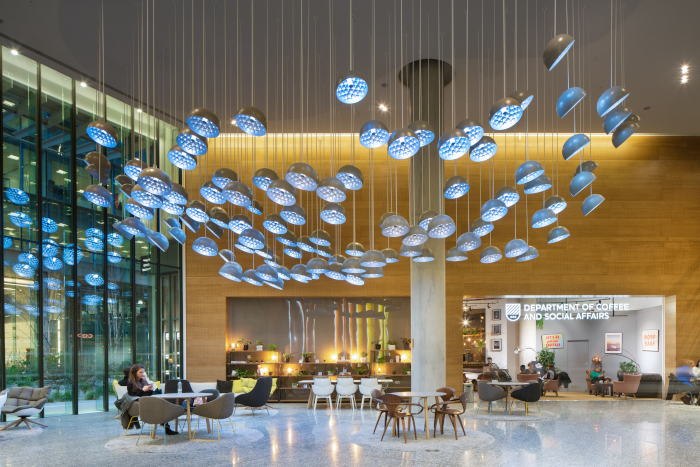 ‘Artworks often mimic natural systems or use live environmental inputs to drive visual content. Updating in real-time, the artworks often appear as “living”. As data-driven interfaces between people and the natural world, they have unpredictable behaviours and produce never-repeating patterns, taking on a life of their own.’

The idea of bringing art into the everyday rather than restricting it to the sanctum of the gallery is core to Bruges’s philosophy. It is partly about human wellbeing, says Bruges. ‘I’ve always been interested in creating art which contributes to the environment in which it’s situated.’ A recent example is Digital Phyllotaxy, created for Hankook Tire in Seoul (see FX March/April).

‘Workplaces can be stressful so with Digital Phyllotaxy we’re consciously drawing on biophilic design principles to build an atmosphere that enhances well-being. Transporting staff and visitors into nature, the artwork offers a moment of serenity in an otherwise busy environment. It pushes the office beyond its functional value to create a space that cultivates creativity and collaboration.’ 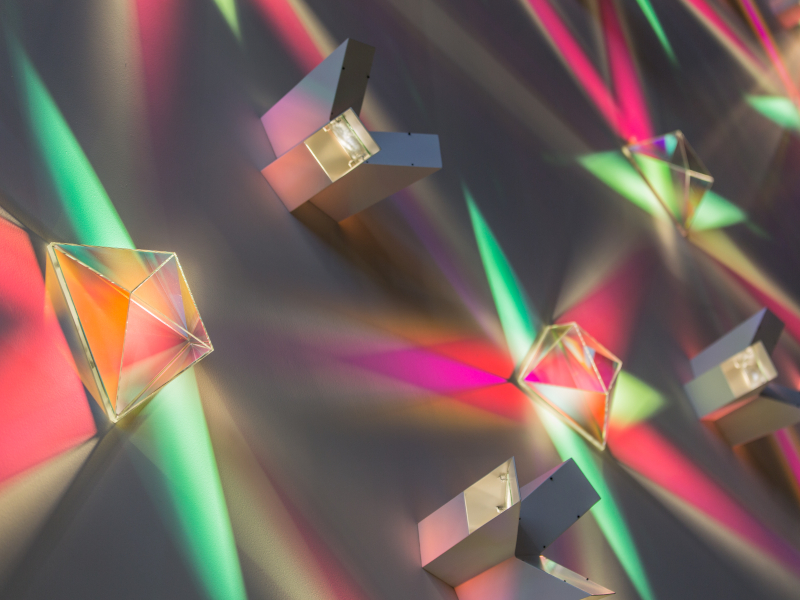 The dynamic interplay of artificial and natural light the artwork brings deep into the building generates visual connections across different floors to encourage interaction, says Bruges. ‘It also tells a story about the brand, resonating with the research and innovation taking place in the building.’

Storytelling and theatre are phrases that occur frequently in Bruges’s discourse. His artworks are ‘moments of theatre that transform in response to their surroundings and connect people with their environments’. He loves the theatre of the everyday, he says. ‘The flux of activity and flow of people is a living choreography I’ve always been inspired by. The artwork is an attempt to interject in this daily rhythm, to spark conversations and encourage people to be more cognisant of the spaces they are inhabiting.’

He would like to see light art ‘being more commonly integrated into our urban fabric’, he says, its role in some senses standing in for that of design. ‘These artworks can contribute some of the functions that more traditional lighting strategies typically cover. For example, using media and light art to make a dark, anti-social underpass more inviting, as we did with Shadow Wall, or adding some simple programming to a facade lighting scheme to tell a story like Thames Pulse at Sea Containers, which maps the quality of the water in the river.’ 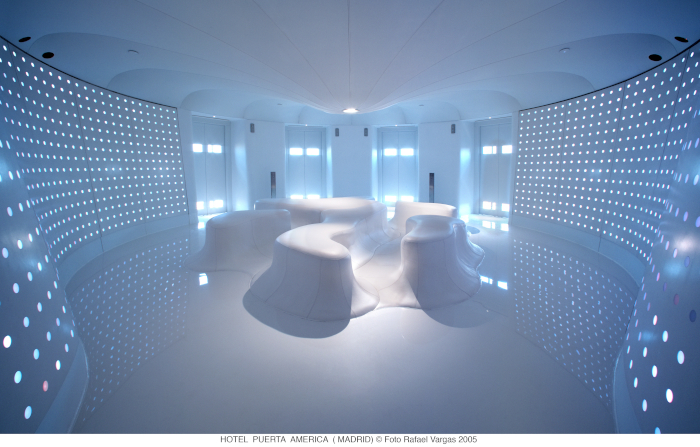 A collaboration with architect Kathryn Findlay, The Memory Wall is an interactive spectacle that reacts to individuals passing by. Guests of the Hotel Puerta America in Madrid, where the installation is based, can see distorted images of themselves and possibly even see their image linger and move independently of their own movements. Client: Silken Group. Location: Madrid. Year: 2005

He also sees further scope for using lighting to promote well-being. ‘I’d like to continue exploring the therapeutic potential of light. This is something we started with The Centre, our recent commission for the Museum of the Future in Dubai. An exploration of future healing therapies, the artwork uses water, light, vibration and sound to reawaken the senses.

‘As spontaneous moments of theatre, installations disrupt everyday experience by slowing people down, refocusing their attention on the present and diffusing anxiety.’

Technology is both part of and a means to achieving artistic intent, says Bruges. Mathematics, physics systems and code are fundamental to the artwork’s functionality, but are also used to invent and experiment. And there are always new boundaries to push. ‘The studio regularly writes new software and algorithms, building the brain of their artworks from scratch,’ he says. ‘These systems enable different modes and behaviours so artworks can change and update independently. Our most recent research explores the creative limits of artificial intelligence – that raises interesting questions about the sanctity of human creativity.’